Robin Bernstein is a cultural historian, author, Harvard professor and an astute chronicler of modern life. (She recently live-tweeted from the Women's March on Washington.) And, like most busy professionals, she has struggled to manage the bombardment of demands on her time.

"The ability to say no is really important," Dr. Bernstein said in an interview. But knowing when and how to tactfully say no is not as simple as it sounds.

"It's a hard-won skill that I have developed over time," said Dr. Bernstein, whose essay, "The Art of 'No'", was published in the March issue of The Chronicle of Higher Education. There are situations, of course, when no is not an option or the request is too intriguing to pass up.

"Academe could not function if every scholar refused to serve on committees, evaluate manuscripts and grants, write recommendations and perform many other uncompensated and often undervalued tasks," wrote Dr. Bernstein, a professor of American and African-American studies and chair of studies of women, gender and sexuality at Harvard University.

"We need to say yes – and to do so often. Ultimately, that's why saying no is so important. Saying no to some requests enables us to say yes to others. Each productive yes depends on many an artful no."

Dr. Bernstein has found that "often, when people ask you to do something, they don't actually need you to do it. They just need the task done ... At the moment of the 'ask', they likely do not view you as ... the only person who could possibly do this work. More likely, they see you as a potential checked box on their own to-do list."

A lot of people are uncomfortable refusing requests, Toronto-based industrial psychologist Guy Beaudin, a senior partner with consulting firm RHR International, said in an interview. Saying no more often and other time-management techniques "are good strategies for stemming the tide ... but [are] not always enough in the face of ever-increasing demands and pressure."

If the workload cannot be reduced, professionals and managers in high-pressure roles should also explore what they can do to expand their physical and mental capacity, Dr. Beaudin wrote in a recent blog titled, "Resilience: the most important executive skill not on your radar".

"That line of reflection will lead to some oftentimes unexecutive-like topics such as nutrition, exercise, movement throughout the day and sleep," wrote Dr. Beaudin, whose firm has partnered with the U.S.-based Johnson & Johnson Human Performance Institute, which trains professional athletes and "corporate athletes" to increase their level of energy and performance at work and elsewhere.

The common tendency to plow through with back-to-back meetings and commitments leaves people depleted and unfocused at the end of the day, said Dr. Beaudin, who paces himself – literally. He walks around the office during business calls and plans enough breaks in his schedule to stroll outside or grab a healthy snack two or three times a day. He advises clients that they will feel better, be more productive and have more energy at the end of the day if they cut some of their hour-long meetings to 45 minutes and take time for themselves to replenish.

"But mostly people cram their days with meetings from eight in the morning to six in the afternoon [and beyond] and nobody can really manage their lives that way," he said.

At Harvard, Dr. Bernstein writes that every year she commits herself to 12 external-review projects such as evaluating academic article manuscripts, book manuscripts, grant applications and tenure-and-promotion dossiers. "That work doesn't include reading work by my students, mentees or friends. After I have said yes to 12, I say no to all further requests."

If the proposed gig is desirable, Dr. Bernstein will recommend a trusted and qualified colleague or graduate student for the project. If the invitation "is to review 'Boring Manuscript' for 'Obscure Journal'," she will decline on the grounds that she has too many external-review projects on the go and cannot take on another.

Be decisive, she advises. Don't feel compelled to explain your no. Simply say you are unavailable or have a previous commitment if the invitation is to an event. "Nobody needs to know that you previously committed to going home, watching Project Runway and eating Funyuns."

As a young academic, Dr. Bernstein took on a lot of work, mostly out of genuine interest, but often because she felt obligated or lacked the confidence to refuse. Over time, the requests snowballed and Dr. Bernstein had to become more selective.

"I still say yes more than I should ... but I am definitely better at saying no than I was." 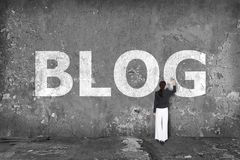