Why have you moved to your location? What spurred you on to make this change?

I'm a senior editor at Skyhorse Publishing. I acquire new books submitted to me by agents, edit those books, and see them through to publication. The best part is that I get to acquire and publish debut Canadian authors. Lego Man in Space by Mara Shaughnessy is the true story of two Toronto high school students who sent a Lego man into space last year, for example. All Canadian authored and illustrated – published here in NYC.

Why is your location the place for you to be now?

New York is a great place to be mid-career. When your starting salary is [redacted due to embarrassment] it can be a pretty miserable place. You live with roommates and buy $5 wine and generally hate everyone who works in finance because they can afford to eat. But after a few years with a good job you're able to enjoy what the city has to offer. No one has children yet (too expensive, no room for them, and no government mandated maternity leave), you can stay out until 4 a.m. every night, and you've got three major airports close by. Did you know it's only a two-hour flight to Bermuda?

Even though my mother is a U.S.-born Canadian citizen and I'd lived in the U.S. before I still had alot of prejudice against the States which I think is fairly common for those of us born and raised in Canada. It's easy to be smug about our health care system, our lower crime rates, and our generally civil level of public discourse – it's something we can and should be proud of. I've had to let a lot of that go. I enjoy learning about all the different things each state has to offer, as is. Texas is fabulous, for example.

Last time I returned to Toronto I bought a giant double double at Timmy's in Union Station and then struggled up the steps to the GO platform with my luggage. A kind woman rushed up to me and offered to hold my coffee as we went up the stairs together. I was touched and she shrugged off my thanks, saying, "we've all been there." It was a small but very moving moment when I realized how that everyday kindness is quite rare in New York. I also got tuberculosis living in New York, so that's something, although only amusing after the fact.

If you moved with your family, how has this experience been for them?

I moved here alone when I was 27 (this is revisionist – I moved here with an ex-boyfriend who is best forgotten). The first thing I did was buy a sofa bed for guests on Craigslist. This was before I knew about bedbugs.

I'm still known as "the Canadian" and my colleagues have commented on the fact that I seem to avoid confrontation at all costs. A heated game of Scattergories among friends earned me a comparison to Switzerland after I had to mediate all the disputes. Lately,  I've been fielding alot of questions about Rob Ford for some reason. Has he been in the news recently (just a little sarcasm)?

What things have struck you about your location?

New York isn't a city of reflection. It's a place to be in constant motion, walking quickly, at literary events every evening, at the theatre and concerts and new restaurant openings. You can reflect on it later, I suppose. It will probably take years to process everything I've experienced here. It's a city where every block has three options for coffee, cocktails, or dinner and every subway car has kids dancing for money, or someone shouting at you because you stepped on their foot. You can't beat it. Unless you like peace and quiet.

This was my first real job. Things are a bit more cutthroat here across all industries, I think. There's less emphasis in the U.S. on "will it benefit the least among us" and more on "how much money can we make." I suppose that's capitalism in general although for me it's not the ideal way of operating – but that's probably my socialist upbringing talking.

I've learned to be a bit more direct and speak up for myself. After a bad blow up with a colleague he apologized and explained that when you're born and raised in New York shouting is an acceptable way to communicate. Another colleague suggested that the next time anyone yelled at me I was to yell back. I think I've found a middle ground – passive aggressive e-mails.

Your English degree is valuable. Don't be afraid to start at the very bottom. Write for free. Go to literary readings and meet authors and people who love books and read everything you can across all genres. Travel everywhere. And you don't have to yell back.

Physiotherapist lured overseas by school, and stayed to work
September 16, 2013 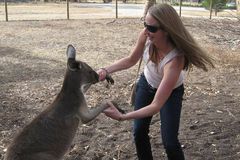