Think your language skills are top notch? Try speaking "corporate" – a language so specialized and full of jargon that most industries and large companies possess their own, specific dialects.

For those making the transition into a new career or industry, mastering corporate-speak can feel be daunting, as they sweat to express how your previous life prepared you to "navigate matrixes," "ramp up productivity" and successfully "ideate" on complex issues. It's enough to drive a language lover mad.

Veterans who want to make the move into corporate roles face an additional challenge: that of translating into corporate language the business value of their experience. Compounding that obstacle are the many misconceptions that abound in the corporate world about the value of military experience.

This is not a new challenge. Every year, more than 5,000 Canadian Armed Forces members are released by the military and 25 per cent report having difficulty adjusting to civilian life, a big part of which includes landing new work opportunities. Unfortunately, many Canadian companies make little effort to recruit or accommodate veterans. According to a 2013 study by the Veterans Transition Advisory Council, 35 per cent of Canadian employers don't seek out military veterans and the majority have no plans to make hiring veterans a priority.

To help with translating military training into corporate experience, the Canadian Education and Research Institute for Counselling, along with Canada Company, a military employment support group, launched a guide in late January called Military to Civilian Employment: A Career Practitioner's Guide.

While unlikely to make it on any management book bestseller list, the guide dispels many misconceptions hiring managers may have about the military, while providing veterans with the appropriate language to convey their experiences. To that end, it demonstrates how specific military roles draw on similar skills as those outside the military. An artillery soldier and a computer network operator, for instance, must each work as part of a team to integrate information for a specific objective.

Angela Mondou, president of Canada Company, said that in many ways, not much has changed since she moved from a war zone to the front lines of Corporate Canada about 20 years ago.

While in the military, Ms. Mondou was responsible for coming up with a plan to move troops from Germany into the former Yugoslavia. That meant leading a multinational team that included Croatians, Norwegians and Swedes. Yet, taking that global experience to the business world and finding employment – especially before widespread Internet usage – felt daunting, she said.

It took a lot of work before Ms. Mondou was able to translate her experience to global supply change management. While she managed to find a lateral role relatively quickly, the onus was on her to explain exactly how her skills could be applied in the business world.

"We still have a lot of work to do in terms of working with the business world to better communicate to their hiring mangers what this talent pool is all about," Ms. Mondou said. "Transition programming is still a very new space in Canada. The Americans have been at this a lot longer than us," she added.

Dwayne Cormier, director of transition services at Canada Company, said the new guide is vital to clearing up misconceptions or stereotypes about men and women in the military. Veterans, he explained, have completed "the most collaborative leadership training program" available and possess skills that are highly transferable.

"They are adaptable, flexible, incredible leaders, planners and strategic thinkers," Mr. Cormier said. Contrary to popular opinion, they do not possess a "top-down, drop-and-give-me-20" mentality.

Melissa Martin, a military-to-civilian career coach in Kingston, hopes the guide will clear up the disconnect she sees between the traits companies say are looking for and those people they hire. She said that veterans often demonstrate loyalty, leadership and a strong work ethic – traits that most companies say they want.

"Military members are groomed for leadership roles throughout their military career, often faster than civilians," Ms. Martin observed, explaining that it is common for a Canadian Forces member to have managed personnel as well as a sizeable Department of National Defence budget, giving them an advantage over their civilian peers.

She hopes the guide will "demystify" military lingo by providing a military-to-civilian job translator. This in turn will help to alleviate what she terms "credentialism," where civilian employers refuse or are unable to recognize the credentials or professional development of Canadian Forces members.

Guides such as this are vital, since there are already so many obstacles that veterans encounter when they seek to assimilate into civilian life, said Ms. Martin, who is also a military spouse and former Officer Cadet in the navy. Some of these obstacles include the process of psychologically "removing their uniform" and adapting to what is essentially a completely new culture.

"They are a modest lot and are not innately equipped with the tools to boost their brand or self worth to a potential employer," she observed. 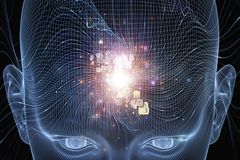 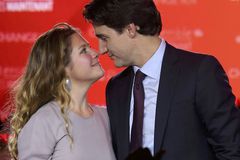 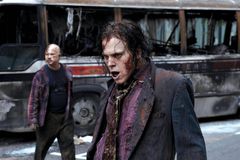 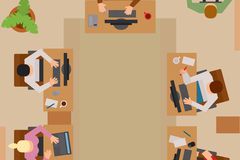 Syrian refugees are arriving: Where will they work?
December 18, 2015
Follow Leah Eichler on Twitter @LeahEichler
Report an error Editorial code of conduct
Due to technical reasons, we have temporarily removed commenting from our articles. We hope to have this fixed soon. Thank you for your patience. If you are looking to give feedback on our new site, please send it along to feedback@globeandmail.com. If you want to write a letter to the editor, please forward to letters@globeandmail.com.
Comments