Despite having vacation time stockpiled, more Canadians are choosing to stay in the office instead.

One in four workers don't plan to take the full vacation time they're given, according to a survey of 394 office workers conducted earlier this year by Menlo Park, Calif.-based staffing agency Robert Half Inc.

Of those who didn't take their vacations, the majority – 40 per cent – blamed the fear of work piling up for keeping them at their desks.

"The survey should be a red flag for managers – some employees might think they are showing dedication to a job by not taking a lot of time off, but the truth is, studies show people are happier and more productive when they take vacations," says Dianne Hunnam-Jones, Canadian president of Accountemps Inc., a unit of Robert Half.

Among other reasons cited in the survey, just under a quarter of respondents said that they wanted to save their vacation time in case they needed it, while just over 10 per cent said they simply didn't like to take time off for vacations. Only one per cent answered that they didn't take vacations because their manager frowned upon it.

When broken down by province, the survey found that Saskatchewan workers were the most reluctant to take time off, while workers in Atlantic Canada were the opposite.

A part of an employee's reluctance to part with their desks may stem from not feeling comfortable taking time off, especially if management seems to rarely take vacations, said Ms. Hunnam-Jones, who is based in Toronto.

"Managers need to lead by example," she says. "If employees see that their boss never takes a vacation or gets away from the office, they are more likely to follow suit. You have to live by the culture you are trying to create."

The survey stands in contrast to an Expedia.ca survey last year which showed that Canadians want to double the average amount of vacation days they get – up to 30 days from 17. In that survey, 40 per cent replied that they were feeling "vacation deprived."

Part of creating the right environment, she says, is establishing policies and systems that mean vacations are scheduled well in advance, which means less of a chance of accidental overlap causing a lack of workers in the office.

More importantly, Ms. Hunnam-Jones stresses the importance of a proper work-life balance to manage stress, and studies, such as the one done in 2009 by Allan Joudrey and Jean Wallace of the University of Calgary, have also attributed vacation time and breaks as being one of the best ways to prevent burnout and maintain employee morale.

"Keeping stress levels in check should be a priority with today's professionals, especially when you consider the pace at which most of us move every day," she said.

It's essential, she says, to "rewind and recharge."

Do you take all your vacation? Why or why not? Tell us at @Globe_Careers or e-mail us at careerquestion@globeandmail.com 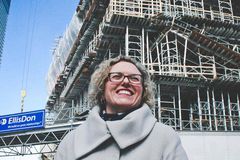 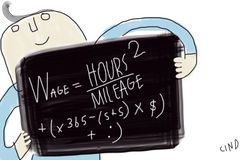 The most undervalued currency in business
May 12, 2018

How to give a medal-winning performance as an executive
May 12, 2018 Couples that cut stress together, stay together
May 12, 2018 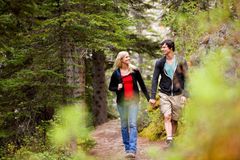 Can my employer stop me from going to my mom’s chemo treatments?
May 11, 2018 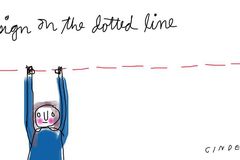