Mary Aitken, 66, founder and managing director of Verity, a private women's club, GEORGE restaurant, Sweetgrass Spa and The Ivy at Verity, a boutique hotel in Toronto.

I am a serial entrepreneur. I started in the financial business in London. When I moved to Toronto, I launched my first business, a courier company, which expanded into Ottawa and Montreal. We had 120 cars and a foot brigade. After selling that, I returned to the financial business and a few years later started with a partner an investment bank that financed IPOs of natural resource companies. Then came projects in London and Asia. After 20 years, I turned to Verity, which is a combination of a social enterprise dedicated to improving the lives of women through the private club, Verity, and a commercial enterprise consisting of a restaurant GEORGE, a women's spa called Sweetgrass and a boutique hotel, called The Ivy at Verity. Other than the private club, all are open to the public.

This is my sixth startup and I learned that startups do not get any easier no matter how many you do. I started this because after working in the financial and natural resources industries, I knew what it's like to work with type-A men. I knew there needs to be a place for women to meet and support each other as they move up to challenge such men. By that point, I made enough money and I had sent my kids through school, so I could take this on. Women are evolving faster than I had previously thought we would. Ready or not, we are taking over more and more senior management, administrative and professional roles. These new responsibilities and challenges require preparation, help and support.

Running four companies at once, in this case, make sense. I wanted to create a venue that would help women. So I thought there should be elements for fitness and I also want them to look good. Then people need to eat but it couldn't be just any restaurant, it had to be a kick-ass one where women could take their clients, mostly guys, who could then say, "Jesus, this is a fantastic joint." Then the women can respond and say, "I know; this is my club." It would be difficult to find a top chef worth his salt to confine himself or herself to a private-club dining room. So the club restaurant needed to be open to the public. I wanted the restaurant to be off the charts to stimulate interest in the other three businesses. The heartbeat of everything here, though, is the private club, which drives all the businesses.

I have learned how to lead large groups of people. In the financial business, you work in small teams. Here, we have about 140 employees, all of whom I have had a hand in selecting. I spend a good deal of time ensuring that they are developing their skills so that Verity will become an important waypoint in their careers. Many of these people have been here for upwards of 10 years, which gives me great pleasure.

Many aspects of our four businesses revolve around food and wine. Today many people have expertise and standards have risen. What we do at GEORGE is very complicated. For example, it takes us about two full days to start up GEORGE after it shuts for a holiday. We have 26 cooks in the kitchen performing specialized functions. Their labour is carefully assembled on plates at service times where colours, tastes and textures are combined artfully, aimed at perfection on each plate. Other good restaurants duplicate this precision but I think the industry is more challenging than ever to run. And since industry margins are low, all this creativity has to be matched by rigorous financial systems and controls.

The best part of my work is to be associated with so many dynamic and diverse Verity members. The worst part is to deal with the human-resource problems that go along with trying to be the best in the industries we operate in, all of which thrive or fall on service standards, which must be constantly renewed, debated and maintained.

When women get together, they solve problems. We have roughly 800 members. It's very rewarding to be in a business where one can actually help so many people. Over 60 per cent of members report that the cost of membership was paid off in 12 months or less from business gained or business advice received at the club. From a personal viewpoint, there are numerous examples of women solving seemingly intractable problems of all kinds through unplanned casual conversations between or among members. I love that. 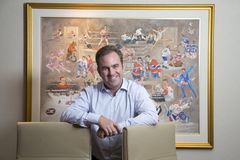 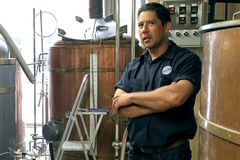 Christian Chia: ‘Attitude is much more important than skills and education’
July 3, 2016 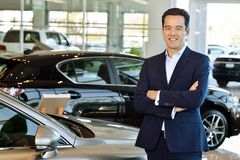 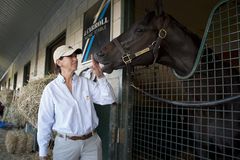 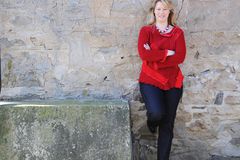