When Monique Valcour got an offer to apply for a professor's position at a midwestern university in the United States, she declined. Her husband, an avid skier, found the locale dismal, and so as a dual-earner couple, the possibility was scratched.

But they remained uncomfortable with their existence in a suburb just outside Boston, where she taught at Boston College and he worked as a telecommuter for a high-tech firm. They weren't happy with suburban American ways or her long commutes to work, and longed to expose their teenage daughters to a broader, richer culture and different languages. They also could use an adventure.

They were reasonably mobile, given his job and her research interests in leadership development, organizational behaviour, and career management. Today, after taking what she calls "a flying leap into the unknown to have an adventure," they live on the French Riviera, which she considers the most beautiful place on the planet. Palm trees and water can be seen from her home office window. So can the snow-capped Maritime Alps in the distance. Both have kept their careers. They feel they are living more authentically than in suburbia, and their daughters – one has entered university in London – are immersed in a richer, more diverse culture. "I never envisioned the life I have now," she says.

Her experience echoes some advice she has shared in seminars and in a recent article for Harvard Business Review blogs called "The dual-career mojo that makes couples thrive."

Work-life balance and success in our careers often depends upon the interplay of mutual support and career priority within couples. "Yet many people end up in less egalitarian marriages than they expected to have, often facing a 'choice' to either stay in jobs that threaten to overwhelm them and their families or to withdraw from the work force entirely. Just as lack of consensus around finances can doom a marriage, lack of support from one's spouse can effectively sink a career," she writes.

To make a dual-career work, a couple must have a dual-career focus, something which, like a garden, requires constant care. It starts by understanding your own, and your partner's, vision and values, and melding that into a joint approach. The problem, she notes in an interview, is that often we have conflicting values – even when addressing our own career, without a partner's sentiments considered. We want to perform well at work, for example, but also have lots of time for family. She urges couples to start on a blank canvas, discussing openly what gives them meaning and joy, and what elements are shared.

But then you must develop priorities between the conflicting values. She and her husband wanted financial security, but they also liked travelling and adventure. In the end, for them it was more important to have the adventure. Others might choose financial security. "Communicate openly about it. Look for compromise steps that can help – small changes that take you in the right direction," she says.

Dual-earner couples must cultivate an interest in each other's careers. That seems so obvious as to go without saying. But she feels it important to stress you fell in love with the other person because you found him or her interesting – and that should include careers.

Often, by the time we get home at the end of a day or week, we want, subconsciously, to shut down what happened in the office. We may even have decided consciously that segmenting our work and family is advantageous, keeping them in separate spheres. But she says it's important to understand the nuances of our partner's careers and to support one another – brainstorming ideas when challenges occur. That may not be possible with technical aspects of our jobs, but usually help can be offered on interpersonal relationships and helping a spouse to understand how others might see him or her.

Through this, you are helping to build a team orientation, seeing each other's careers not as singular affairs but as joint. "If you focus only on your own career it sets you up for conflict. Resentments arise – 'I had this great job but my wife got a promotion that forced us to move.' "

Instead, identify your joint goals, and accept there are times when one career takes precedence over the other. Most couples do that daily, as when Ms. Valcour and her husband decide who will pick up their daughter, but it also requires strategizing about bigger matters, as when she and her husband took turns putting each other through graduate school. She notes that the most successful dual-career couples avoid consistently sacrificing one partner's career in favour of the other's. "The problem is when each person has a different idea of their career needs," she says.

Finally, both partners must be flexible and adaptable. Being in dual-earning couples helps take the pressure off any one individual for bringing home all the financial support, and she says as more and more women start earning higher incomes than their spouses, that provides a more flexible interpretation of career paths.

But resentments can also occur, when for example both are in similar careers and one is advancing quickly while the other is mired in career quicksand. "In most successful dual-earner couples both have a range of roles they can step into without surrendering their identity and sense of self," she says.

Obviously, it's not always easy. But by keeping the lines of communication open, and developing a team orientation, she believes you are better poised to handle the twists and turns that arise. 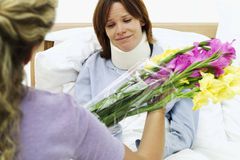 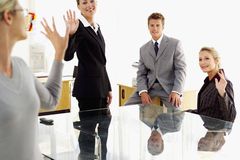 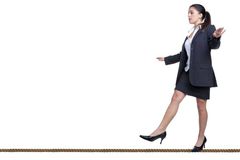 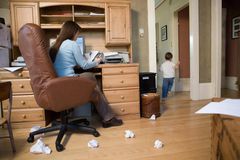 Why it’s time to tame our survival instinct
April 4, 2013 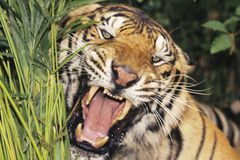