When researcher Gloria Mark strapped heart monitors on a team of workers in a civilian research unit of the U.S. Army and took away their e-mail for five days, a wonderful thing happened. Their stress decreased.

She wasn't totally surprised. But given that the period of time without e-mail was relatively short and that e-mail is such a central part of workday activity, she thought it was possible that not having e-mail, at least in the first few days, might heighten stress. But not so. And this was not, she noted, based on individual reports of how they felt. It was an objective measure of heart rate variability from those monitors. "I suspect if we had done it for longer than five days, we would have seen much more of a decline in stress," she said in an interview.

A professor of human-computer interaction at the University of California at Irvine, she has been probing our unbalanced way of working since returning to North America from a period in Germany where people didn't seem so frenetic. Perhaps a sign of how committed we are to our go-go ways, it took her many years to find an organization that was willing to give up e-mail for five days so she could study the impact.

She uncovered more than the stress link to e-mail. In another study, she looked at mood swings through the day. After people handle e-mail, they are in a bad mood. So there you have it: E-mail causes stress and a bad mood, as it laces through our day.

One reason she figured stress was diminished is that, without e-mail, individuals connected with their colleagues face-to-face. Those interactions seem to have been enjoyed. They would even walk across the campus to meet colleagues who, in the past, they would have zipped an electronic missive. "It gave them licence to get out, walk, visit people, and have connections. It changed how they worked," she observed.

And no, it didn't reduce productivity, at least according to self-reports.

In a follow-up study, she will probe that finding deeper, looking at four measures of productivity, such as how efficient were you and whether you did what you planned to do, so that might turn up a different finding.

In the original study, there didn't seem to be much of an impact on connections with close colleagues, which would be a prime fear in shutting down e-mail, although some participants said it was harder to get information they needed from others "today." As well as employing heart monitors, she kept track of their digital activity, studying how often they opened computer windows and how long they spent on various activities. She found that without e-mail, people multitasked less and spent a longer time focused on a specific task, as measured by a lower frequency of shifting between windows and a longer duration of time spent working in each computer window.

That's not unexpected, since e-mail is often what we switch to when an alert is triggered, or we have a sense some new mail may have come in, or we get bored. "People interrupt themselves to do e-mail. But when it's gone and they are in some other application, their focus doesn't change as much. They can't switch to it," she notes.

In a more recent study, she found that, on average, people check e-mail 74 times a day – that would be seven times an hour, say, in a 10-hour day. The maximum was 373 times a day by one e-mail-obsessed individual. And she stressed this wasn't just glancing; they actively opened an e-mail or scrolled through one in their e-mail system.

Another study looked at the rhythms of the workday, when people at Microsoft Research Labs were focused and when they were bored. Over all, focus is greater than boredom. It peaks in mid-afternoon, at 2 to 3 p.m., when their various productivity apps like Microsoft Word and Excel are open, while boredom is higher in the early afternoon. Focus also has a high point about 11 a.m. On Mondays, people are the most bored, but there also periods in that day when they are the most focused of the week.

Contrary to expectations, the research found that individuals were happiest when they were doing rote work – highly engaged in the activity but not very challenged. They were the least happy when bored. When people are in flow, engaged so thoroughly in their work that they are oblivious to everything else, the assumption is they are happy. But this study suggests when they were in a state of "high focus," a way of approximating flow, they were not happy, perhaps because the work was too challenging and they were experiencing frustration. Most self-reports of stress occurred when people were in a focused state, 61.3 per cent, while only 16 per cent occurred when doing rote work and 22.6 per cent when bored.

"Digital activity is a boon to us, but it's not without its costs," she said, summing up. "The cost is stress and disruption of focus. We aren't as productive as we might be. We need to re-evaluate how people use tools in the workplace to increase well-being, make them happy, and help them to feel more productive and fulfilled." 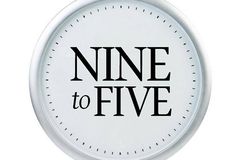 Bored? Then put action into your vacation
August 14, 2014 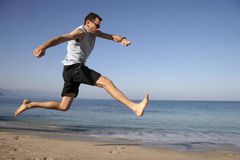 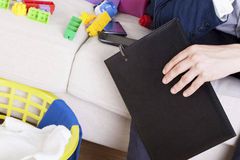 Ten ways to ensure your career doesn’t flame out at the boss’s BBQ
August 11, 2014 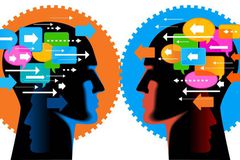 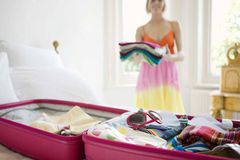