As change has become a mantra in the business world, executive responsibilities and job titles are evolving quickly. Our Emerging Roles series will ask Canadians about how their jobs are changing.

Who: Dan Pontefract, director of learning and collaboration at Telus Corp. since December, 2008

What is your role?

I'm like a shepherd or a sherpa of a collaborative culture inside the organization, rather than being a training guy. There's a link between culture, engagement, leadership, learning and collaboration, and when you mix that all up in to a pot effectively you've got a role, and more importantly, a philosophy of open collaboration.

How did this role come to be at Telus?

I joined [Telus] about three and a half years ago and the discussion [at the time was] you know, there's no need for training managers, there's no training team. In fact, we don't believe that the word "training" should be used in an organization.

Telus has already been a very future-friendly organization externally, and we just wanted to go one more level inside the organization and bring that "future is friendly" mentality for our customers inside our organization. We said that training is an event, but learning is a collective, collaborative process and it happens all the time. Really, it is just connecting the dots for everyone, and so I came in to act as a bit of a catalyst.

We used to have a training team, but now we have more of a learning and collaborative culture across the organization, which has allowed us to drive great results. For example, our [employee] engagement scores which have gone from 53 per cent to 78 per cent [over four years].

[Over the past few years] we introduced a philosophy called the Telus Leadership Philosophy in which the organization sees that is its much more beneficial to engage and explore options and ideas and opportunities before you go and execute. And we also introduced a collaboration framework and built our own YouTube, Twitter, Facebook, and [began using the social networking tool] Second Life.

What is your background and how did it prepare you for this role?

I'm an unabashedly fearless individual when it comes to breaking down barriers and playing offence – meaning I will always try something new, I will always prepare myself for the new innovations that are coming three years down the road.

I have a BA, B.Ed. and an MBA in digital technologies. I also have a diploma in education technology, and I've got about eight technology certifications, plus this is my 1th year in the "real world" of work experience.

This particular role is really equal parts people, technology, innovation, and execution. So [to build on] those various pieces of formal learning … I've always believed that you've got to have a passion for people and you can't teach that.

What do you do in your role on a typical day?

I believe in something called the 'six Cs.' I connect, I collaborate, I consider, I communicate, I create and I congratulate.

Another 25 per cent of my time is working with vendors and others to ask, "How can I help you, and how can I help contribute to Telus's objectives?"

I'm in Vancouver and so I rarely meet face to face with the people I work with, who are in different parts of the country. Instead, I use a combination of the aforementioned social technologies, and webcams and micro-blogging to connect with them.

Why is this role important at Telus?

As indicative by our stock results over the last four years [which has climbed to more than $60 this month from less than $30 in 2009], our business results, and our engagement results, we can prove the business case study that our culture of collaboration does in fact work.

Not only is there employee recognition of the positive effects of what's going on, we've also earned numerous external awards. Telus is a seven-time winner of the American Society of Training and Development BEST award [for enterprise-wide success as a result of employee learning], and we've been one of Canada's 10 most-admired cultures. We have also been in the top 100 employers for four consecutive years.

Why should other organizations consider creating a similar role?

At the end of the day your culture is going to speak to how well you are going to do in a competitive environment, and if you have a culture of people that are somewhere between apathetic and unenthused, then are you really going to be an innovative organization? Are you really going to be best in class, or the place where everyone's dropping off their résumé? I argue by investing in people and culture, other organizations could reap the benefits that Telus has displayed in the last half-decade.

This interview has been edited for length and clarity.

Multicultural Canada? There's a banking job for that
August 15, 2012 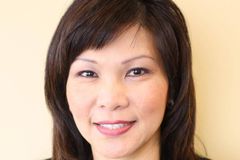 In this job, sustainability is the business plan
August 8, 2012 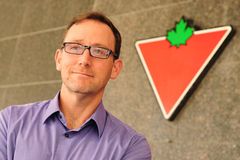 The people person with an eye on the big picture
August 1, 2012 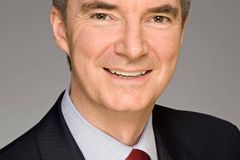 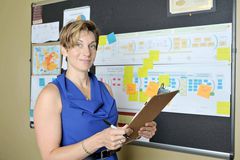 What on earth is a chief acceleration officer?
July 17, 2012 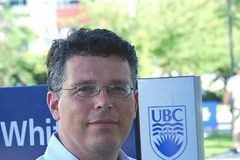