Katie O'Brien figured she could handle pregnancy. Sure it would involve changes, but her business was coaching professional women though their struggles.

The 27-year-old resident of Ashburn, Va., struggled emotionally and physically with the pregnancy, assisted by her own personal coach, but when she gave birth to a daughter, she figured the worst was over. In fact, her struggle only took on a new form, as she tried to figure out what she wanted to create for her family and herself.

"I realized how big this is for all moms, and decided to help women create the balance they needed for their family – not to be stuck by [trying to live up to] what the neighbours do but to create the life they want," she said in an interview. The result is KAO Coaching, a coaching service aimed at new mothers, for which balance is a prime issue.

She tried the approach with her husband, Kevin, before having their baby. Both thought they were responsible for more tasks than the other because they were handling different things and weighing each item differently. They wrote down everything and tried to be fair, given their different schedules – Kevin is a police officer, working 5 p.m. to 5 a.m. shifts, and she works from home. The goal was: "How can we run an efficient household without killing ourselves over who does the dishes?" The best thing about writing it on paper was the clarity: No need to remind each other, as it's on the list, which hangs on the cupboard where their cups are, so it is frequently seen.

When baby Ava came along six months ago, they repeated the exercise. And they find they need to update it, as her husband's shifts change. Her husband is determined to do his share. But sometimes her clients have spouses who are unwilling. She works with those women to manage expectations. They need to develop priorities, and work even harder on time management, given the lack of support. The biggest chore, obviously, is looking after the child, so the focus must be that. Perhaps the bathroom won't be cleaned much.

"Perfection is a big part. As moms, we are always striving for perfect – the perfect vision of the clean house. We'll just drive ourselves crazy," she says.

But she stresses that, for most couples, dividing and conquering is possible because men are willing to play their part. "Nowadays, the guys are so much more willing than in the past. They are vacuuming and doing the jobs that used to be handled by women. The division is not always 50-50, but there is a division," she says.

This approach must be supplemented, she feels, by a chat with your spouse about creating time alone. She and Kevin were super-efficient caring for their daughter and household, but found they were burning out and often angry at each other. The reason was the lack of "me time."

She noticed that the atmosphere improved when her husband could go to the gym for a couple of hours to recharge. He would come back a different person. For her, that also happened after visiting the gym, or meeting a friend for coffee, or heading off on her own for a while to do something. "I would miss Ava terribly but it would recharge me – I was more patient with her and others afterward," she says.

Again, she returns to the topic of women and guilt, since it's common to feel guilty taking time for yourself. The baby and household and spouse are supposed to be a woman's focus. "Moms have to realize it's okay to get that time – even a 10-minute walk to be on your own," she says. When women take some time for themselves, she feels they are less likely to be resentful when men ask for a break – and men, she stresses, are much more likely to ask.

Another important challenge she has found women face after pregnancy is their health and wellness. Too often, they feel they must attain their pre-pregnancy body weight quickly, as celebrities seem to manage, and get back into their skinny jeans.

"It makes everyday moms feel horrible about themselves," she says, adding that the unrealistic expectations disgust her. "Health and wellness is about feeling good and enjoying your life. It's not about 'The damn jeans don't fit me.' Moms are absolutely exhausted and can't do more, so they need to be realistic." 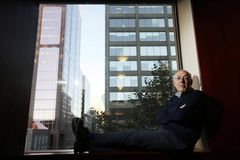 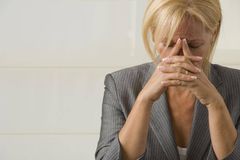 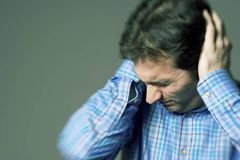 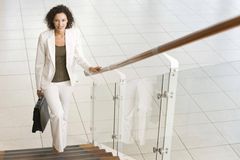 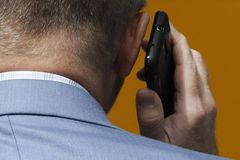 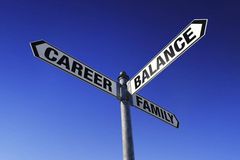