In a key scene in This Is 40, Judd Apataw's new movie about age-related angst, 40-year-old Debbie encounters an older woman who jovially warns her that "one day you're going to blink and you'll be 90." This unhinges Debbie (played by Leslie Mann), who reacts by picking on her husband and secretly smoking cigarettes.

I related to Debbie more than I would like to admit, and winced at the thought of decades disappearing in an instant. I constantly worry about not having enough time to hit all my professional goals before it's too late. This is a valid concern, especially for women who have children late in life and then hit a downward trajectory in their career.

The movie also made me wonder why we continue to perpetuate ageist stereotypes that people come with a "best before" date. Canadians today can expect to live until age 81, and one in two babies born this year may live to 100,. It's time to erase the perception that at 65, you've hit your professional finish line.

Many preconceived notions need to be examined before any progress can be made on ageism in the workplace. It's not only companies but also individuals who hold fast to these outdated notions. According to a report by Revera Inc., an operator of retirement communities and long-term care homes, "ageism is the most tolerated form of social prejudice in Canada."

As employees approach the traditional retirement age of 65, they receive subtle, and not-so-subtle, cues from employers and co-workers that they should consider stepping aside, said Lisa Taylor, president of Toronto-based Challenge Factory, which offers career and talent programs for the over-50 work force.

This has a profound impact not only on the person's engagement at work, but also the company's corporate culture. It is also costly to maintain stagnating employees who are unsure about their next move.

"People in their 60s are feeling like society is ready for them to wind down, to conclude their work just at a time when they are ready to do something new," Ms. Taylor said.

But retiring from a current role need not mean stepping away from meaningful contribution to society. Individuals, too, need to re-examine their own ideas about age and abilities.

"So often, it's the aging employees themselves who believe that they no longer have what it takes to stay in the game and continue to contribute," said New York-based Marci Alboher, vice-president of Encore.org and author of The Encore Career Handbook: How to Make a Living and a Difference in the Second Half of Life.

For some executives, for example, letting go of the power and prestige that accompanies that role is a challenge.

"I've talked to so many who have suffered from 'PIP syndrome' [previously important person]/ It takes a long time to adjust from that and into something that may have great meaning, but may not carry the same perks," explained Ms. Alboher.

This adjustment may need to take place on a wide scale, considering that about 10,000 baby boomers turn 65 every day in the United States.

Ms. Alboher said many who embrace so-called "encore careers" with renewed vigour are women, who may crave to make up for lost time once their children are grown. For many, age acts as an inspiration to follow a previously unfulfilled passion.

Sherry Robinson left her former role managing small businesses for Royal Bank of Canada in Toronto when she turned 55. She recalls coaching her clients to focus on their passion and realized that hers included offering a top-notch customer experience. She opened Spa Sedona in Ajax, Ont., a year later.

"I was getting older and I didn't want to have regrets of not going after my dream of having my own business," said Ms. Robinson, now 62.

"It's a whole new lease on life. I really encourage people not to think about retirement, but think about what you want to do," she said, adding that the only thing she misses about the bank is the paycheque.

For some, career reinvention later in life occurs more than once. Karen Laing served in management at Air Canada for more than 24 years before becoming an ombudsman in the banking services and investment industry. At 63, Ms. Laing now works as a real estate agent at Re/Max Hallmark and is not interested in retirement any time soon.

"I love what I do and the thought of just playing has no appeal. I'm grateful for a stimulating and fun third career," she said. 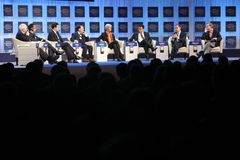 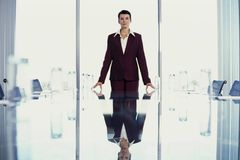 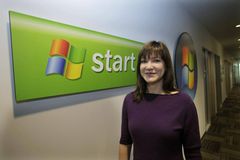