It's that time of year again, when the calendar resets and somehow we collectively decide to be better people in the next 12 months.

Over the past couple of years I've become a convert to the importance of small acts of generosity. I don't mean generosity in the monetary sense but with my time, contacts and making introductions. These activities never take me long but the effect on the recipients is gratifying. As hokey as it sounds, I believe there is value in putting good karma out into the world.

I've never had a name for this strategy but after meeting Adam Grant, a professor at the Wharton School at the University of Pennsylvania, I discovered this habit is referred to as "the five-minute favour" and, in 2014, I plan to give many more of them.

There is some science to this notion that giving quick favours produces a domino effect. In Give and Take, Prof. Grant's bestselling book, he cites an experiment by researchers James Fowler and Nicholas Christakis, which demonstrates how co-operative behaviour is contagious. They found that when one person made a choice to contribute to a group at a small personal cost, other group members were more likely to contribute later, even if they weren't interacting with the original givers. When new people in a network turn to others for clues about proper behaviour, and when they decide that giving is the norm, they carry the action forward. Even the presence of a single giver was enough to make the behaviour a normal characteristic of the group, the researchers found.

It's a practice that San Francisco-based entrepreneur Adam Rifkin, co-founder of the online community PandaWhale, has engaged in for years. He calls these five-minute favours the "currency of a network."

"There is an economy in a network," Mr. Rifkin said, "but the money in that network is not valued in dollar bills but in favours, and it gets stronger as people do favours for each other."

In the early days of the Internet, Mr. Rifkin set up a website to support the band Green Day. One of the site's visitors, a punk rock fan named Graham Spencer, felt that Green Day wasn't exactly a punk rock band, as the site suggested, and took issue with it. To appease him, Mr. Rifkin created Web pages to support other bands that Mr. Spencer thought were more representative of punk rock. Five years later, Mr. Rifkin moved to Silicon Valley, where he knew few people, and contacted Mr. Spencer asking to meet. Mr. Spencer, who had gone on to launch and sell the Internet portal Excite.com, introduced Mr. Rifkin to a venture capitalist that funded his company. Mr. Rifkin didn't set out to call in the favour but in this case the act of giving was contagious.

Mr. Rifkin expanded that ethos of giving in the networking group he co-founded called 106 Miles, composed of 8,000 members, who are mainly startup founders and engineers.

When he launched the group, Mr. Rifkin noticed that members would often offer others small favours as part of their networking, such as making an introduction, and witnessed the positive results.

"It doesn't cost money or even a lot of time but it adds a lot of value. A little from you could make a big difference for someone else," Mr. Rifkin said.

Gerry Purcell, a partner at Satov Consultants in Toronto, a management consulting firm, makes it a practice to help those new to Canada by meeting with them and trying to connect them to someone in his network who can help them professionally.

"In my charitable work, I know that these kinds of connections within the community can be transformative for lives, so I apply the same concepts to the business world," Mr. Purcell said.

He recalls one instance where he met a young, accomplished man who recently emigrated from Europe and offered to help him find a job. When an opportunity arose at a bank, Mr. Purcell provided a reference, which led to a job offer in an executive role.

Years later, the two remain connected and work together to introduce other new Canadians to the marketplace, helping some to land jobs. Mr. Purcell explained that no benefit was ever expected from these offers but in rare instances, they resulted in clients for his company. Most often, his reward was the personal gratification he received for helping others in ways small to him, but big for them.

So, as we begin 2014, my advice is to accelerate the use of the five-minute favour. Pay it forward, and if you like, share the value on Twitter at #5minfavor. 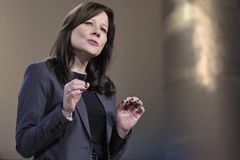 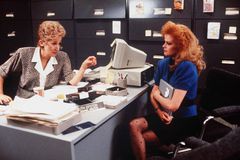 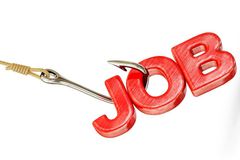