When the federal government finally named the members of an advisory panel to suggest ways to get more women on Canadian corporate boards of directors, I admit I felt rather cynical.

While other countries have examined the dearth of women on corporate boards, issued recommendations, put policies in place and in some cases enacted legislation, Canada has stood pat, resting on its early laurels as one of the world leaders in this area, but sliding a bit more each year.

Ottawa announced the advisory panel in March, 2012, but it took 13 months to assemble the 23 business leaders charged with bringing Canada into the global conversation about gender diversity on boards. The group (16 women, seven men) has until fall to make recommendations.

Yet arriving late to the issue offers some unique advantages for Canada, among them the ability to learn from other country's mistakes and cherry pick the best of their initiatives to create a made-in-Canada solution.

There is a keen interest in gender diversity for boards among business leaders – female and male alike – and the idea of quotas does not appear to strike the same fear in the business community as it once did. But setting out legal quotas for boards is not the only way to make progress. The key to making significant progress is to act quickly.

In 2009 and 2010, Canada ranked sixth among 23 industrialized countries in terms of women on boards, according to GMI Ratings, a financial analysis firm. By 2011, Canada slipped to the ninth spot. According to a recent Toronto-Dominion Bank report women make up only 11 per cent of directors on the S&P/TSX Composite Index. And nearly three-quarters of companies on the index have either no women on their board, or only one, the report said. It describes this lack of progress as "troubling to economists" because it "implies a market failure to appreciate the skills and perspectives that women can bring to the table."

Sonia Baxendale, a member of several boards including Foresters Insurance, the Hospital for Sick Kids Foundation and the Toronto French School, thinks the new advisory panel can play a key role.

"Canada continues to lag in this area and we have a great opportunity to finally play a leadership role. Our goal should be to leapfrog others and demonstrate our commitment to the value of diversity in all aspects of society," she said.

Ms. Baxendale, who previously held board roles with First Caribbean International Bank (Barbados), CIBC Trust Co. and CIBC Asset Management Inc., believes Canada's first step should be to set targets for women on company boards, increase transparency and have a show-and-tell approach by which companies disclose what they are doing to get more women involved in their board and prove the success of their actions.

If that does not achieve the "desired results" quickly enough, she suggests moving toward affirmative action that would mandate the number of women on corporate boards.

Former deputy prime minister John Manley, is one of the members of the new advisory committee and has high hopes the group will find a practical way to increase the representation of women on boards.

"There are lots of people talking about this but we have made rather pathetic progress increasing the number of women on the boards of public companies in Canada," said Mr. Manley, now head of the Canadian Council of Chief Executives.

Although many share his desire to see more women on boards, he laments that Canada still doesn't have a practical approach to the challenge. "At this point, we have to admit that nothing we've done has worked so we need to be open to new ideas from within or outside," he said.

Other advocates for more women on boards say that now is not the time to simply play catch up, but to set the example for other countries to follow.

Stephanie MacKendrick has been pushing for more women on boards for more than 15 years. She said there has been too many reports and too much talk about the issue.

"There is so much research on the benefits women bring to boards, in terms of better governance, corporate performance and competitive edge, it's time for the debate to stop and the progress begin," said Ms. MacKendrick, who has launched a company, MacKendrick and Associates International, specifically to recruit and place women on corporate boards,

"Canada can use the learning of other jurisdictions to get itself back into the leadership position that it once held," she added.

Another benefit to arriving late to any party is the opportunity to make a dramatic entrance. So here's my unsolicited advice to the committee: Be bold, be precedent-setting bold. 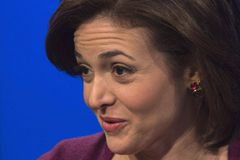