You may not want to hear this, but the majority of your employees are considering leaving. Right now.

Sure, you might think your faithful colleagues, who cheerfully respond to your e-mails late at night and still bring in fresh-baked cookies on Fridays are here to stay, but evidence shows otherwise.

According to a recent survey by payroll processor ADP Canada, two-thirds of employed Canadians, or 65 per cent, are ready to walk out their office doors. ADP divides these flight risks into three categories: "the uninspired," "the casual daters" and "the dissed."

The uninspired remain the largest of the three groups, at 33 per cent of the work force. These employees feel little loyalty and can include anyone from "bored superstars" to "underachieving clock-punchers."

Casual daters account for 16 per cent of the work force, and they passively keep their eyes open to new opportunities on venues such as LinkedIn. Compensation acts a motivator for this cohort.

The final group, the dissed, refers to the disaffected 16 per cent of the work force actively looking for new jobs. These may include high performers.

Lack of company loyalty is not a new phenomenon. A Workopolis report from 2014 found only 30 per cent of Canadians had remained at the same job for more than four years since 2002, down from 55 to 60 per cent between 1990 and 2002. In fact, employee loyalty has been on the wane since the 1980s, according to Adam Cobb, assistant professor of management at the University of Pennsylvania's Wharton business school, when healthy firms began laying off employees to increase shareholder value and the social contract between employer and employee began to fray.

This shift toward being more inwardly career-focused, versus company-focused, will only become more pronounced for workers as the job market becomes more fluid, according to Ray Williams, chief executive officer of Ray Williams Associates Inc., an executive coaching and public speaking firm.

"The concept of a single, lifelong career has disappeared for most people, partly due to organizations needing to be flexible in growing, shrinking and reallocating the work force according to need and economic conditions," Mr. Williams said.

With those changes, the concept of employee loyalty has evolved as well.

"Now, we can define loyalty as employers providing not just employment for workers, but a culture and conditions that aim at enhancing employee well being and happiness in return for good work, however long that lasts," Mr. Williams said.

Rather than viewing employees constantly on the lookout for their next opportunity as "job hoppers," Mr. Williams prefers to view this arrangement as mutually beneficial, where a company provides a corporate culture that remains employee-centric, offering them meaningful work and autonomy rather than just financial compensation.

In fact, "job hopping" may be mutually beneficial for everyone. Not only can companies allocate resources as needed, but some experts believe employees who move every two years may earn more and in some ways, act more loyally to the brand. As a work force, we've evolved into an employee-employer arrangement where everyone does what's best for them and it somehow works for everyone.

Elizabeth Williams, director of brand and communications at ADP Canada, said that while 77 per cent of millennials would jump ship today for the right offer, they aren't alone. Sixty-eight per cent of workers in the 35-to-44 age group and 64 per cent of those between 45 and 54 expressed the same sentiment.

The one risk she observed is that losing older workers can result in vacancies at the more senior level, a problem that's compounded when those employees take with them experience and "institutional memory" – the trove of knowledge and know-how gathered over their careers. To mitigate that flight risk, she recommends employers ensure their compensation packages, including benefits and perks, remain competitive. Ms. Williams also recommends examining your company's brand and culture to ensure the workplace remains somewhere employees want to call home.

"Our survey found that combined life-quality issues such as workload, stress and commuting were a very close second to compensation in what job seekers are looking for," she said.

Then again, most employees will eventually want to leave, and according to Ms. Williams, that's good news for everyone.

"Some turnover is actually healthy because it makes room for new talent. The takeaway for employers here is that a substantial percentage of their work force, including their top performers, are easy prey for a competitor with a good offer," Ms. Williams said.

"The flip side, of course, is that if you are in the market for new talent, you will likely find your competitors' employees are open to an offer," she added. 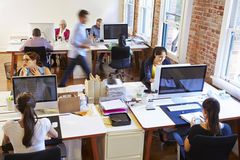 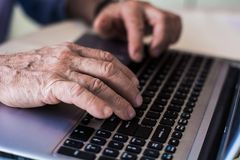 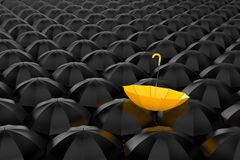 Female CEOs may find themselves falling off a glass cliff
May 16, 2018 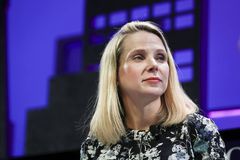 Why sharing your first seven jobs is important
May 16, 2018 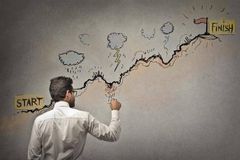