I've never understood retirement. Naturally, the concept of travelling more and engaging in leisurely pursuits sounds compelling, but work gives me – and most people I know – a sense of purpose. I can't ever imagine outgrowing the desire to learn new things and meet new people. I likely take these cues from my parents, who love their work running a real estate company and plan to keep on doing it as long as it's physically possible.

This movement away from traditional retirement is certainly a trend in Canada. The Sun Life Canadian Unretirement Index has been asking Canadians for seven years whether they will be working at age 66. The answer is increasingly Yes. This year marks the first time where more Canadians (32 per cent) expect to be working full-time at age 66 than fully retired (27 per cent). Another 27 per cent expect to be working part-time.

Leave it to Hollywood to cash in on the zeitgeist with The Intern, a new film starring Robert De Niro and Anne Hathaway. Mr. De Niro plays a 70-year-old widower who leaves retirement to become a senior intern at an online fashion company run by a young chief executive officer, played by Anne Hathaway.

While the film may have received some mediocre reviews, many will relate to Mr. De Niro's character – bored with retirement, he goes back to work only to find himself the oldest person in the office, according to Nancy Collamer, the Connecticut-based founder of MyLifestyleCareer.com, which offers advice to clients on their "second act" careers. She also wrote the book, Second-Act Careers: 50+ Ways to Profit From Your Passions During Semi-Retirement.

"The notion of a strictly leisure-focused retirement is quickly becoming outdated. Many of us can expect retirements that will last 30 years or longer. That's a lot of hours to fill and a lot of years to fund," Ms. Collamer said in an interview.

"As more people pursue second-act careers, it will become increasingly commonplace to see boomers pursue internships as a way to gain experience in a new field of interest," she added.

Suzanne Cook, a social gerontologist and adjunct professor at York University's department of sociology and its centre for aging research and education, refers to this trend of finding new pursuits in the second half of life as "redirection."

"It involves using skills and experience by pursuing a new direction. The result is personal renewal and reinvention. Individuals who are redirecting are engaged in a new type of work. However, it is a process that begins with exploring options and then deciding what to do next," she said.

Dr. Cook will be leading a new study funded by the Canadian Education and Research Institute for Counselling (CERIC), a charitable organization that advances research in the field of career counselling and career development, to gather information on Canadians in their 50s, 60s and 70s as they seek out their second or even third careers.

The research is important, explained Dr. Cook, to better understand how these encore careers unfold so that improved resources and tools can be made available for the unprecedented number of older adults currently in or entering this phase. She cites data from a 2011 Statistics Canada report, Perspectives on Labour and Income, that show the employment rate of men 55 and over increased to 39.4 per cent from 30.5 per cent between 1997 and 2010. For women during that same time frame, the employment rate nearly doubled, to 28.6 per cent from 15.8 per cent. (The most recent labour force survey, from August, 2015, shows the numbers have risen further. The current employment rate of men 55 and over is 40.9 per cent; for women 55 and up, it's 29.8 per cent.)

As for the future of retirement, Dr. Cook predicts that more people in their 60s and 70s will want or need to work – but they will also be ready for a change in the type of work they do. She envisions a future where the workplace will be redesigned to better accommodate older workers so they may continue to contribute. Alternatively, many will choose self-employment in order to set their own schedules.

Despite the social and economic changes that workers in North America have experienced, a traditional view of retirement persists, which remains a challenge for aging workers. With luck, films like The Intern will help highlight this perspective. When I hit 66 in 25 years, I imagine I'll still want to pursue new opportunities. Life is too interesting to play golf and bake for the grandkids.

Ms. Collamer, 58, says that conventional retirement is nowhere in the cards for her, either.

"I don't expect to retire for many years to come. That said, I do plan to slowly reduce my income-generating activities to make more time for volunteer projects, travel and other personal priorities. My mom worked on a freelance basis as a reporter until she was 84. [She] was a great role model that I hope to emulate," she said. 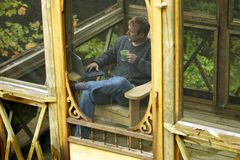 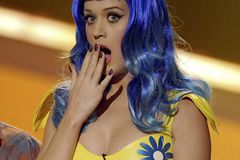