When you first started working, did having your own space at the office fill you with excitement or dread?

I must admit, in my first job, 18 years ago, I felt simultaneously thrilled and petrified by the tiny, fabric-lined cubicle that would become my home away from home. I tried filling it with photos and accessories to give it character, but I couldn't shake the feeling of being in a "veal-fattening pen," as author Douglas Coupland so aptly described the cramped, impersonal workstations in Generation X. Eventually, I graduated to an office, which still felt like a pen, albeit a glorified one. At least this one included a fancier desk, a door and windows.

Leaving the corporate world, I vowed to resist being confined in the same way and quickly moved from working at home to inhabiting coffee shops to sharing co-working spaces in both Toronto and San Francisco. Compared with cubicles, co-working spaces – where entrepreneurs and freelancers come together in a common space by the month, week, day or even hour – felt like bastions of endless energy and creativity. When I felt restless, I walked around and literally wandered into different companies, leading to new ideas and connections.

However, on a recent trip to New York, I realized I needed something more.

Business trips for me usually include a series of meetings with breaks in between, and unless I scurry back to my hotel, I have nowhere to plug in my laptop and participate in conference calls. So I checked out Breather, a service that allows users to rent a room in 30-minute increments to work or rest.

Breather made me realize that, very much like the changing job market, the physical workplace continues to evolve to suit the rise of contract labour. In Canada, the number of self-employed workers rose by 41,000 in July. While contract or freelance work continues to become acceptable professionally, even the norm, it's leading to a change in perception of physical work spaces. At one time, your address meant credibility; increasingly, it's just a space to stash your laptop and maybe an extra pair of shoes.

Julien Smith, the chief executive officer of Breather, likened his service to "Starbucks, the phone booth and the conference room" rolled into one. The New York and Montreal-based company has 100 locations in five cities and is "growing fast," according to Mr. Smith, whose smartphone app matches entrepreneurs and freelancers with private individuals, commercial property owners and others who have unused or underbooked rooms to rent – sort of like an Uber for unused office space. You make the reservation online and unlock the room with your phone.

"I think alternate commercial share space use will come to dominate a lot more of the market than it currently does. It could become absolutely huge," he added.

It's a sentiment shared by Lise Snelgrove, co-founder of This Space Works, which also allows for office booking by the hour or day in the Greater Toronto Area and Ottawa. They will soon be expanding to Vancouver and Calgary.

"More and more people are working independently.… Co-working is a new option for freelancers, startups and remote workers that is far less costly than leasing an office space," Ms. Snelgrove said.

She also sees a future in which corporate offices reduce their size and adopt a more collaborative work model, which will rely on open-concept work spaces. That will open the door for companies to rely on services like This Space Works to reduce their real estate costs, while bringing their teams into new and interesting spaces.

This can also provide an opportunity for companies with shrinking staff and excess office space to add to their revenue. It comes with the added benefit of drawing new professionals into their place of work, people who can then learn and know more about your business, Ms. Snelgrove said.

It may not be good only for a company's revenue but also for employee productivity.

Kane Willmott, a co-founder of iQ Office Suites in Toronto, cites a study by the Harvard Business Review that shows co-workers in flexible business environments find their work more meaningful and feel like they are part of a community. The shared workplace trend is not only for entrepreneurs – iQ's clients include professionals, as well as employees at public companies and multinational corporations.

Alex Sharpe, also a co-founder at iQ, sees the supply of co-working spaces continuing to grow in the next three to five years as more organizations start to rely on flexible work spaces to control their real estate costs, while providing flexibility to their employees. Since flexibility is a key component in retaining top talent, Mr. Sharpe believes that these work spaces will need to keep raising the ante on design, furnishing and amenities in order to stand out.

So that ever-present question, "Where is your office?" may not always lead to a simple answer. It may eventually change to, "Where are you working today?" So long as your work space is not reminiscent of a veal-fattening pen, chances are your productivity will be off to a great start.

Correction: The co-founder of iQ Office Suites is Kane Willmott, not Kate Wilmott, as reported in an earlier version of this story. 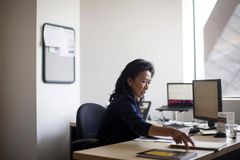 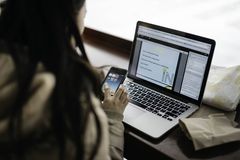 How to defuse the three biggest causes of workplace stress
May 21, 2015 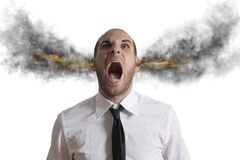 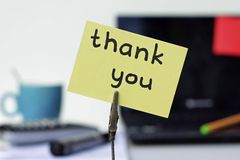