A few years ago, during a particularly stressful time at work, I rushed away from my computer on a Sunday afternoon to drive my son to a play date. In my haste to get him there on time, before rushing back home to more work, I sped out of my driveway and promptly hit a neighbour's parked car. As I sat in the driver's seat contemplating my next move, my neighbour walked over, knocked on my window and handed me my side-view mirror.

It dawned on me that I was trying to be the perfect mom and perfect employee but I'm not. I'm okay with that. At least, I'm trying to be. Sure, the particulars of an important conversation might keep me awake at night and a typo may set off a stream of self-berating, internal dialogue. But this assumption that every part of our life – from our work to our children to our homes – must be impeccable dooms us to constant disappointment. Isn't it time we kicked the perfectionism habit?

The desire for perfection ranges from healthy to unhealthy. In her research, Jackie Deuling , an assistant professor of psychology at Roosevelt University in Chicago, found that two types of perfectionists exist: adaptive and maladaptive.

Although perfectionism is not strictly a woman's issue, Dr. Deuling's study published in the Journal of Occupational and Organizational Psychology in 2010, showed that women were more likely to fall into the maladaptive camp, and suffer feelings of inadequacy in their professional and personal lives.

While some view perfectionism as a virtue, it can be a vice in a business world that values agility, speed and risk, characteristics that require some fumbling and failure.

"Perfection is often the opposite of speed. But being slow is often worse than not being perfect," said Jim Estill, a partner at CanRock Venture, a venture capital fund based in Hicksville, N.Y. "The difference between 80 per cent and 99 per cent can often take three times the amount of time. And often 80 per cent is still good enough to get the job done," he said.

In addition to slowing down progress, perfectionists tend to "drive their subordinates crazy," according to Albert Bernstein, a clinical psychologist based in Portland, Ore., and the author of the upcoming book, Emotional Vampires at Work: Dealing with Bosses and Coworkers Who Drain You Dry.

He notes that because perfectionists perform assigned tasks quite well, they are often promoted to a level at which their perfectionism "becomes a vice that masquerades as a virtue." But the approach eventually catches up to them, especially as they start demanding perfection for insignificant tasks.

In software development, for example, the move from perfection to collaboration is more advanced – a trend that computer scientist Sara Diamond, who is also president and vice-chancellor of OCAD University in Toronto, believes other industries would be wise to follow.

"At one point, lack of perfection meant the software didn't work but now in the digital world, change is incremental," she said. "Things are always versions and iterative," which requires organizations to emphasize collaboration. That means they must put less stress on perfection and instead emphasize working together in an atmosphere that lets employees make mistakes without being penalized.

Perfectionists, explained Dr. Diamond, tend to view results in black and white but struggle with issues that produce a multitude of outcomes, which remains a necessary part of managing complexity in business today.

So given the negative impact perfectionism has on productivity and workers' satisfaction levels, why can't we kick the habit? For many, the fear or failure or criticism is deeply rooted and the desire for perfection comes down to basic human instincts.

Managing unhealthy tendencies toward perfectionism requires introspection, and awareness, according to Beatrix Dart, executive director of the initiative for women in business at the Rotman School of Management at University of Toronto.

She emphasizes the importance of celebrating success stories, and keeping a journal to track all the developments at work that went well. Dr. Dart also encourages women to relax and avoid what she calls the "perfect mother syndrome."

"Women will put themselves under a lot of pressure to run the perfect household, to outdo other mothers in terms of throwing a kid's birthday party or to schlepp the kids to the 'right' activities. Could you ever imagine a father going to such extremes?" she asked. 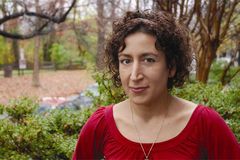 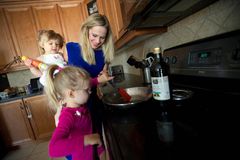 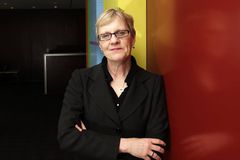 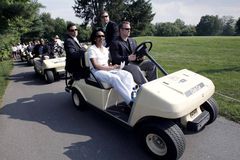