Relationships don't last as long as they used to. I am old enough to remember the idea of a committed, long-term relationship and was in one myself for almost 15 years. Now people boast stints from 12 months to a couple of years.

Of course, I'm referring to the relationships we create with our employers, not our loved ones. But increasingly, the two are becoming difficult to differentiate.

LinkedIn, for example, notifies users when a contact's business anniversary comes around. I've yet to see if an appropriate gift should accompany these anniversaries but it certainly inspires many to offer their congratulations. What's next – a professional version of Valentine's Day?

Laugh if you will, but that line between business and personal relationships frequently gets blurred and chemistry now plays a major role in the hiring process.

This chemistry does not necessarily suggest a romantic relationship, but as social animals we gravitate toward those we enjoy spending time with. And no wonder; full-time employees likely spend twice as many waking hours with co-workers as with their spouse.

In many ways, that ever-so-critical first interview should be regarded as a first date. Increasingly, employers want to know whom they figuratively get into bed with when they hire and personal questions often find their way into an interview.

I have asked many potential employees to name their favourite website, a query that made the Glassdoor's top 50 list of interview questions. Other popular questions on the list include "What makes you uncomfortable?" "What are your hobbies? and "What was the last book you read for fun?"

Each question sounds like a blind-date conversation starter to me.

While we may think that professional accomplishments will land us our next position, an employer may subconsciously come to a decision based on attributes beyond our control.

"Despite a surge of research on employers over the past 30 years, our knowledge of hiring remains incomplete … much of what drives employer decision making is still a mystery to scholars," wrote Lauren Rivera, an assistant professor of management and organizations at Northwestern University's Kellogg School of Management, in the American Sociological Review in December, 2012.

In short, many hiring managers preferred candidates who shared their leisure pursuits and personal style, and this sense of a shared culture often outweighed any productivity concerns about a new hire. One female evaluator in the study likened the hiring process to a date, saying, "You kind of know when there's a match."

The idea that companies – or hiring managers – look for cultural fit when evaluating a potential employee is not new, but its importance may have been previously understated.

"Both competency and likeability matter, and both are used [when hiring] but what my research shows was that if you look at the joint effect of those two criteria, likeability wins at the margins," said Tiziana Casciaro, associate professor of organizational behaviour at the University of Toronto's Rotman School of Management.

Ms. Casciaro's research examined what can be done to leverage likeable people's attractiveness, as well as the knowledge held by the "competent jerks" in an organization. "When faced with the choice of a competent jerk and loveable fool, most choose the loveable fool," she said.

First impressions are important not only for a company, but also for potential employees. As with any blind date, most people Google their matches ahead of time and job applicants are no different. According to one study, individuals formed preconceived ideas about a company from its website before being interviewed.

Even eHarmony, the online dating website, sees the importance of chemistry to business relationships and reportedly plans to launch into the job search space this year by matching employees with individual supervisors.

If chemistry plays such a strong role in our professional lives, that poses another question: How do you romance a potential employer, and can it be faked?

Sarah Vermunt, a business and career coach in Toronto, advises against presenting a false front. "Whether it's on a date or in a job interview, there's no point in presenting a fake version of yourself only to disappoint in the future," she said.

"It's very much like dating in that regard. No sense telling him you're an expert outdoorsman if the only time you spend outside is on your walk to the mall," Ms. Vermunt said. "The jig will be up eventually, so it's best to simply be honest and see if there's a fit or not. No sense in wasting anyone's time." 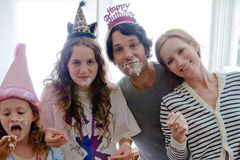