Hugh McGuire is a reader. He loves to relax with a book. And his work involves books, through two ventures founded by the Montreal literary technologist: LibriVox, which offers free audio recordings of books in the public domain read aloud by fans, and Pressbooks, a publishing platform for authors. So he was shocked when the end of last year rolled around and he realized he had only read four books.

In the past, he would read a book every two weeks or so, about 25 a year. He couldn't blame his job – it left him with sufficient time as before – and although he has two young daughters, the time he spent with them was not the key factor either. He realized the problem was that his attention was being swallowed up by digital devices and a constant stream of e-mails, Web browsing, and Twitter and Facebook perusing. When he sat back with a book, his mind would wander after a few sentences, he felt sleepy, and often he would check e-mail or the Web instead.

As he confessed on a posting on Medium.com: "The reasons for that low number are, I guess, the same as your reasons for reading fewer books than you think you should have read last year: I've been finding it harder and harder to concentrate on words, sentences, paragraphs. Let alone chapters. Chapters often have page after page of paragraphs. It just seems such an awful lot of words to concentrate on, on their own, without something else happening. And once you've finished one chapter, you have to get through another one."

After reviewing recent neuroscience research , he came away with the belief that digital devices were turning him (and you) into the equivalent of Pavlov's dogs. New information creates a rush of dopamine to the brain, a neurotransmitter that makes us feel good. The promise of new information compels our brains to seek out that dopamine rush again and again. So we poke around our smartphones, tablets and computers, seeking the next hit.

He also felt depleted. Not from the kids; from the e-mails and other digital dipsy-doodling. At work, he might have three projects on the go and a stream of e-mails to handle, along with keeping up-to-date on his Web feeds. He works in a digital world and needs to be online. "My least productive days, the days when I have spent the most time jumping between projects and e-mails and Twitter and whatever else, are also my most exhausting days. I used to think that my exhaustion was the cause of this lack of focus, but it turns out the opposite might be true," he wrote.

He points to Montreal-based neuroscientist Daniel Levitin, who in The Organized Mind, advised: "It takes more energy to shift your attention from task to task. It takes less energy to focus. That means that people who organize their time in a way that allows them to focus are not only going to get more done, but they'll be less tired and less neurochemically depleted after doing it."

Reading books, he realized as he pondered the situation, relaxes him. It's a stress reliever, focusing on something that has length and substance was absorbing and refreshing. He just had to do it again.

And he has. He got through about 25 books by Thanksgiving. It required some simple-to-understand if hard-to-implement changes that boiled down to going cold turkey when he comes home from work and ignoring his digital devices. Specifically: No TV after dinner, which proved surprising easy. And no smartphones or computers in the bedroom. He goes to bed after dinner and starts reading a book, usually on an e-ink e-reader, which has limited Web access and doesn't emit the blue light that can overstimulate and disturb sleep.

He gives himself a solid chunk of time to read, eliminates distractions, and for the most part, it's working. "It's still a challenge. I still find myself breaking the rules. I'm happier when I follow the rules and spend time reading books at night. But I'll still find myself sometimes on Wikipedia at 9 p.m.," he said in an interview.

His battle plan included changes at work. He pledged to not read Twitter, Facebook, or online articles during the work day and to avoid random news stories. But although he's more disciplined than in the past, he sometimes finds the material too tempting.

He read that ideally he should have one computer for e-mail, Facebook and the Web, and another one for focused work. But he hasn't been able to make that switch in his office set-up. "I find it hard not to be led astray with the device in front of me," he said.

He has also tried to quell his smartphone urge at inopportune times. He used to wake up at 2 a.m. and check e-mail but now with the device banned from the bedroom that bad habit has ended. He remembers when a daughter, then two years of age, was in a dance recital. He took lots of pictures and video with his smartphone. And of course, since it was handy, checked e-mail. Now he tries to quell that obsession and focus on his family.

His verdict: "I feel so much less stressed-out than a year ago. I think that taking the time to disconnect had reduced the ambient stress that occurs when we have information flooding us at times."

So relax; read a book. 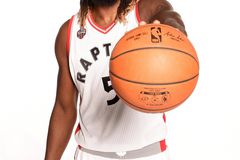 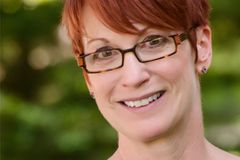 Survey reveals Canada still has a ways to go on workplace discrimination
October 27, 2015 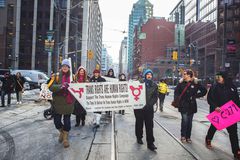