Born and raised in Germany, Sterr, a vegetarian, environmentalist and snowboarder, in 2015 oversaw the $6-million makeover of the Rendezvous Lodge at the top of the Solar Coaster Express chairlift, one of 17 on- and off-mountain restaurants under his supervision. The busy lodge now contains six food stations, ranging from burgers to ramen to Thai food to Mexican. He manages a large staff, many of whom come from other provinces and abroad and work seasonally.

I did my apprenticeship in the Bavarian Alps, small country hotel, then moved to Switzerland, did the ski scene for four years. I came here as a guest in 1991 and was blown away by the hospitality. It took a year to find a job in Ontario. I was there for two years, got my permanent residency, then came back to work at the Chateau Whistler.

I got employee-of-the-year and felt, You know what? I am 26 – I know everything! I went back to Ontario, settled in Fonthill, and opened my own farm-to-table restaurant in 1996. We had a shoestring budget, and everything broke in the first four weeks. Learning how to run a business at that young age, it was pure adrenalin.

We put money back into the business, built a 4,000-square-foot facility , and got into the sustainable movement – the organic bins, the kitchen garden out front, the water drums to collect rain water. We developed an organic grocery store alongside.

We owned the building, had collateral in it, and were able to sell the restaurant. Soon as it sold, it showed me the right thing to do was to come back here. When things come naturally, when you don't have to fight for it, it's the way to go.

I just enjoy the entire lifestyle of the bubble that is Whistler. It's a different energy. The majority of time people have a smile on their face because they just had the longest and best run of their life.

I got offered the job of chef at the Roundhouse [at the top of Whistler] with 65 kitchen staff and $10-million in revenues a year. Going from the farm-to-table to that is a stretch. You're putting out 70 cases of French fries over the weekend. I learned a lot about the logistics of on-mountain operations.

My job now is product development, product sourcing, relationships with all the suppliers and chefs and sous-chefs.

The Rendezvous is the first big project food and beverage has done in the last 12 to 15 years, and we wanted to prove that the leadership team we've built over the last couple of years was capable of this. Before, it was 25 cases of frozen chicken tenders, and that was difficult enough. Now we're opening six cases of red kale, six of green kale, and kai-lan, tomatoes, peppers, onions and sprouts. It's shifted from convenient food to food you would cook at home. Before I would see people eating a beef burger and French fries and I would want to have a nap.

We are giving nourishment to thousands of guests, to have the energy to do a day's worth of skiing. We have to get as many people through the station and provide the freshest product possible in 30 to 40 seconds. We need to turn tables because there are so many people coming through.

I will not take phone calls any more from suppliers who try to tell me they have created the next, best hot dog.

At first it was all new and I didn't think about it, but I naturally started to influence things that are dear to me – sustainability, the consumption of fossil fuels, the way I teach younger people. Being a free thinker, maybe I am a pain in the side of someone who doesn't think the same way. At first you run into resistance, but you just find a different way of approaching the issues and problems.

I get so much pleasure out of working with individuals, influencing them, seeing their success. Before it was all centred around my business, my individuality.

I am terrible with names. I am very happy that people have name tags on. When they have the wrong name tag on and the person doesn't respond, it gets really awkward.

It's a party town and you need to be able to be with the staff on the same level. If you just hammer away at them like old-school kitchens are run, you are not going to be successful. You have to be shoulder-to-shoulder, be understanding, be the mentor, let them make mistakes because they're going to learn something.

We expect all of our scheduled employees to show up to work on a powder day. If an employee decides to go riding instead of working, we have ways to find out by looking at their pass profiles. This employee will then have a chat with his or her supervisor to ensure they understand the rules. We call that part a performance agreement. This does not happen very often.

For a lot of them, it's their first time away from home, their first job. We all are aware of that. It's sort of like being a dad but sometimes you have to go drinking with them to show you're on the same level. But it hurts you a lot more the next day.

As told to Tom Maloney. The interview was condensed for length. 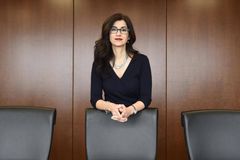 Most women still see corner office out of reach in Canada: survey
January 11, 2016 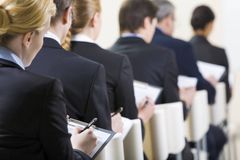 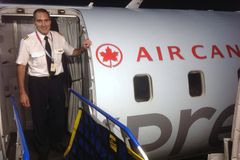 Female leaders: Be yourself, but learn from the male playbook
December 9, 2015 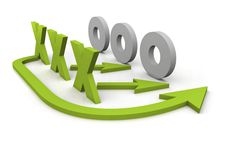