Maternity and parental benefits provided for the birth or adoption of a baby varies wildly from country to country. The United States is part of a very exclusive group – but not for the reasons you might suspect. It shares the spotlight with Papua New Guinea, Swaziland, Liberia and Lesotho as one of the only countries in the world that doesn't mandate some type of paid maternity leave for new mothers according to a study done by McGill University's Institute for Health and Social Policy. In fact, when compared to its northern neighbour, the U.S. maternity leave policy is embarrassingly sparse.

Here are some of the big differences between the two countries.

The Canadian government mandates both a leave and a benefits component, the latter being administered by provincial employment insurance plans. Depending on the length of employment history and the hours worked, new mothers can take between 17 and 52 weeks of leave from their jobs. Their employers are required to accept the employees back into their jobs, or the equivalent, at the end of the mandated leave at the same rate of pay with the same employment benefits.

On top of mandating maternity leave, the government offers paid leave for one or both parents through Canada's employment insurance plan. A pregnant employee or new mother can take a paid maternity leave of up to 15 weeks. Either the mother or father can take 35 weeks of parental leave after the baby is born or adopted. The parents can share the leave however they choose. If eligible for the program, the benefits equal 55 per cent of the parent's average weekly insurable wage, up to a maximum of $485 per week. For low-income families, the rate of benefits can increase to up to 80 per cent, with the same maximum of $485 per week. Employment insurance benefits are taxable in the same way as wages.

In the U.S., the picture for families-to-be is very different. The federal Family and Medical Leave Act (FMLA) signed into law in 1993 requires employers to provide up to 12 weeks of unpaid leave for several medical conditions, as well as the birth of a baby. If the mother has pre-birth complications, she may be able to take part of the leave under the medical component. Before the law was enacted, the U.S. had no laws requiring that employers provide any leave. There are still gaping holes in the FMLA, however. It exempts small employers, defined as those having fewer than 50 employees. Some states have their own version of the FMLA and have an even lower threshold for employer exemption.

A Degree Fit For You

While the FMLA allows at least a brief window for mothers to recuperate and care for a child after birth or an adoption, there is no federal or state law mandating maternity benefits. A few states, including California and New Jersey, include maternity benefits as part of the state's disability insurance plan, which provides at least a partial offset of lost income.

Companies are free to go above and beyond the FMLA and state laws to offer employees more leave or maternity/family benefits. Like other employer-paid benefits, paid maternity leave is offered by top companies to attract qualified workers.

The downside of the lack of maternity leave and benefits in the U.S. is significant. Not only does a mother need time to physically recover after giving birth, families need time to adjust to new routines and sleep patterns. If a mother has to rush back to work after giving birth because she cannot afford the lack of a paycheck, she may not be as effective at her job compared to if she was rested and had her family life settled.

The U.S. has one of the poorest support systems for pregnant women and new mothers in the world. The Canadian system, on the other hand, provides at least a partial ongoing income for almost a year to give families time to adjust to the new addition, as well as a guarantee of re-employment after a lengthy leave. 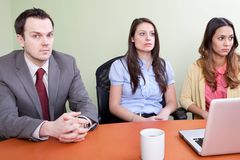 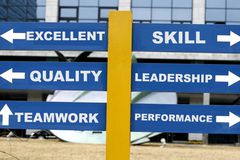 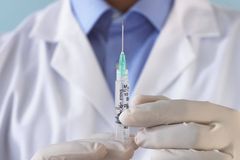 Don't look now Facebook users, but you're being watched
April 12, 2012 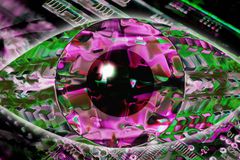