When architect Eunice Rivera Gracia arrived in Toronto from Germany six months ago, she went to various job assistance workshops but didn't feel she was really prepared to jump into Canada's job market.

Then she found out about a program that matched her with a mentor – architect Eva Omes, who works for the City of Toronto. Their relationship gave her the contacts and confidence to start applying for jobs.

It was the one-on-one nature of the mentoring process that made the difference, said Ms. Rivera Gracia, who was born and grew up in Mexico, but then worked in Germany for nine years.

The help in making contacts and networking was particularly crucial, she said. "In the first week, [my mentor] took me to events and introduced me to lots of people."

When it came time for a job interview, Ms. Omes helped her choose an outfit for the occasion, tweak her résumé, and gave her advice about how to respond to questions.

"She was my coach and my therapist," said Ms. Rivera Gracia, who was successful in the interview and got the job at a company that provides engineering services to telephone companies.

Working with a mentor can be a huge boost to recently arrived immigrants looking for work. New research shows mentoring can dramatically improve the employment prospects of immigrants and sharply boost their incomes, if the mentor works in the same field.

Among 292 immigrants who responded to a survey conducted for ALLIES, an arm of Toronto-based immigration and diversity think tank Maytree Foundation, unemployment rates plunged from 73 per cent at the time their mentoring program began, to 19 per cent a year later.

The study also showed that average full-time earnings of people in the programs jumped over that same period by 62 per cent, to almost $60,000 from $36,905.

And 71 per cent of the immigrants were working in their field a year after the mentoring began, compared with 27 per cent at the start.

ALLIES, which supports local programs that try to get immigrants into suitable jobs, has helped to finance mentoring programs in several urban centres across Canada.

It gets money from Maytree as well as the Montreal-based J.W. McConnell Family Foundation.

The survey shows that "a relatively simple intervention is making a huge impact in a relatively short time," said Ratna Omidvar, president of Maytree.

Ms. Omidvar, who moved to Canada from Iran in 1981, said she would have benefited hugely from having a mentor when she first arrived.

Originally from India, she was trained as a teacher.

"If I had been able to access a mentor who would have shown me the ropes, I may have saved eight of the best years of my working life, which I lost," she said.

Like other immigrants, Ms. Omidvar brought professional skills, education and experience with her, "but I was not able to bring the network of my occupation, and I did not know anybody who worked in the precise field that I wanted to find work in," she said.

The idea of mentoring immigrant professionals is simple, Ms. Omidvar said. It simply connects someone who is newly arrived with a Canadian counterpart in his or her own occupation.

An accountant can mentor an accountant, or an engineer an engineer. The mentor can help the newcomer build a professional network – a crucial step when as many as 80 per cent of positions are filled not through advertising, but by word of mouth.

"You need to know people in the field to get access to those hidden jobs," she said.

And Canadian employers and workplaces may have very different expectations than in their home country.

Expanding mentoring programs could help improve the dramatically poorer showing that immigrants have when it comes to employment.

A recent Statistics Canada study of the labour market between 2008 and 2011 showed that only 63.5 per cent of recent immigrants (those in the country for five years or less) were employed, while the employment rate for people born in Canada was 82.9 per cent.

Their coaching skills improve, they get an insight into managing people in the same field but from diverse international backgrounds, and they gain "cultural intelligence," Mr. Paul said.

As well, mentoring is "incredibly fulfilling on a personal level," he added.

While large businesses back mentoring programs – Toronto-Dominion Bank, for example, is a big supporter – smaller and medium-sized companies have been slower to recognize the value of having their employees act as mentors, Mr. Paul said.

Businesses need to recognize "there is huge benefit to them as well," he said.

Any size company can benefit from having their staff gain leadership skills in working with and managing cross-cultural teams, he said.

And having employees mentor others can help a company "see what the new crop of talent looks like."

Mentoring immigrant professionals to help them get a job can be effective, but sometimes it just doesn't work. Mario Calla, executive director of Costi, an immigrant settlement agency in the Toronto region, said sometimes an executive does not have enough time to spend with the person being mentored; communications break down and the relationship fails.

In other cases, the person being mentored is just not "job ready," he said. If the person doesn't have a prepared résumé and some interview skills, or there are language issues, there may be too many hurdles to overcome before networking help can take place.

Ideally, the two parties would meet for two hours a week for about four months, he said. A mentoring coach can help to clarify expectations on both sides, and to check in with both parties during the process and after it has finished. 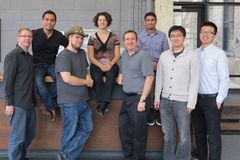 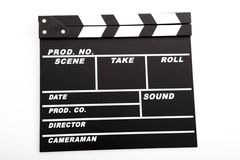 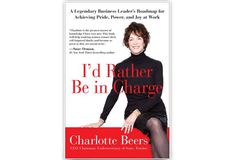 How can I move up if I cannot leave the details to others?
February 4, 2013 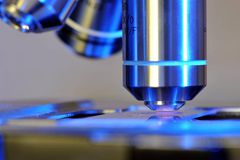 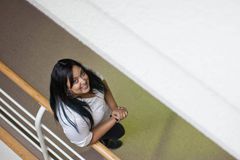