A troubling trend in the U.S. job market has seen applicants crying foul over efforts to gain access to their social networks and legislators hastening to protect them from such measures, but experts north of the border say Canadians have much less to worry about.

Labour laws in Canada offer strong protection from employers who ask job seekers for personal information such as social media passwords, lawyers said. Rules in the United States are much more lax, they said, citing several cases in which prospective hiring managers have asked candidates to turn over their login information as part of the vetting process.

The incidents have caused an uproar in at least two states – Illinois and Maryland have both tabled legislation that would forbid public agencies from gaining access to social networks.

Paul Cavaluzzo, a Toronto-based labour lawyer, said there is little need for Canada to follow suit.

Labour matters generally fall under the jurisdiction of the provinces, but federal laws are also in place to help protect personal information, he said. Legislation across the board is more stringent than what's in place in the United States, he said.

While there are no laws in place that specifically deal with social media, Mr. Cavaluzzo said the country's legal tradition makes the issue fairly clear-cut. The presence of privacy commissioners at both orders of government offers yet another safeguard for a wary public, he added.

"In Canada we've always respected privacy rights, which means that the employer does not have, and should not have, access to personal information," he said.

Robert Collins of Maryland, for example, was asked to hand over his Facebook password so a hiring manager could properly evaluate his application to be reinstated as a prison guard. Mr. Collins said he was told his profile would be scoured for evidence of gang connections.

Other anecdotes suggest candidates have been asked to log onto their social networks on computers at the job site or requested to become friends with a hiring manager while still in the interview process.

Opponents of such practices decry them as serious privacy violations, with one law professor likening the request for passwords to handing over house keys to a prospective boss. Employers that have gone on record about such tactics say candidates are free to refuse such requests if it makes them uncomfortable.

Shirin Khamisa, founder of job counselling firm Careers by Design in Toronto, said applicants confronted with such a situation should refuse to hand over any private information.

Job seekers are perfectly within their right to ask employers to explain their motives behind questions they find intrusive, she said. Employers often have valid reasons for probing into a person's background, but may use awkward or even inappropriate means to obtain the information.

Ms. Khamisa advises candidates to redirect the conversation and bring the focus back onto work-related matters. After all, she said, the interview process doesn't have to be one-sided.

"As a candidate, you're also in a position of power," she said. "When you are asked a question of this nature, it's worth considering and doing a little bit of probing to see, is that an employer you want to be working for."

Even if candidates resist direct-request tactics, experts caution they should be on the lookout for more insidious ones.

Companies sometimes make use of social media as part of the online application process. Job hunters are given the choice to apply for positions through their social media profiles, then asked to allow a third-party application to send personal details back to the company.

Mr. Cavaluzzo and Ms. Khamisa say the practice has not been common in their experience, and Canadian companies seem unwilling to adopt strategies at play in the United States. Sears Holdings Inc., for example, makes use of third-party software to track work histories of its American job applicants, but Sears Canada spokeswoman Alicia Richler said the company has never entertained the idea in Canada.

Still, social experts say Canadians can never be too careful.

Social media author and strategist Amber MacArthur said online privacy is essentially a misnomer, noting details posted to a relatively secure profile could go public with one mouse click from a rogue contact.

Social media does have a legitimate place in the job market, she said, adding that would-be employers are well within their rights to search for information that hasn't been properly locked down.

The best way to avoid embarrassment, Ms. MacArthur stressed, is to control the information flow at its source. MacArthur keeps her own profiles completely free of personal details and urges job seekers to do the same.

"I wish that was a practice that more people followed," she said. "I could talk about privacy forever in terms of the different settings within Facebook, but the reality is … I don't think you'll ever be able to have a truly private experience online. You may want to look at what you are sharing and try and clean up your act a little bit."

Is Pinterest the new LinkedIn for job seekers?
May 3, 2018 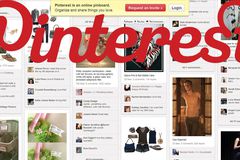 How do I stop my workday being overwhelmed by gadgets?
May 3, 2018 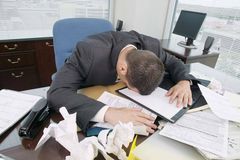 How the gamer generation will transform office life
May 3, 2018 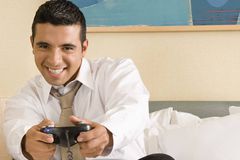 Get out your branding iron and make your mark
May 3, 2018 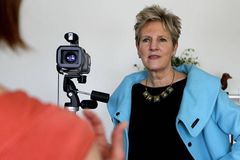