Matthew is a clever, decent, British bureaucrat. I've never met him, but I know a friend of his. This friend has sent me a short post Matthew has just made on Facebook in which he writes: "My boss. A man of principles and common sense," and then links to a video on YouTube of the boss being interviewed. The post is apparently not ironic, but is instead a simple, modern example of online brown-nosing.

If Matthew were an American, I wouldn't have taken any notice. In the U.S., what is known as "bigging up" comes naturally. But Matthew is a very English Englishman and said to be an all-round good chap – and so his post is rather important. Something is happening out there on the social networks. The rules of office politics are changing, and I'm not sure I like it one bit.

We all have known for ages that Facebook can end careers; if you post bad things about your company online, you can get fired. But now we have to absorb another, more troubling truth: posting fawning things on Facebook can help you along no end.

So what is the new etiquette for cyber sucking up? What is acceptable and what is shameless? The answer is that no one has the foggiest. We are all making it up as we go along.

In the old days, the range of brown-nosing options was limited. You could do it in person or in a memo. Or you could praise your boss to a third party if you thought that they would pass it back. But however you did it, it was confined to the office.

But now that the division between work and life is gone, sucking up has broken free of workplace walls and is out there in the public for everyone to see. Indeed, there are so many opportunities to brown-nose senior colleagues online, the only tough decision is to decide how best to do it.

A good way to start is posting favourable comments on company blogs, or on YouTube. Otherwise there is the "like" button on Facebook. There is also the chance to write up great things about seniors on LinkedIn. One City lawyer I know of has a profile page that includes assorted comments from his underlings attesting to what a visionary leader and outstanding fellow he is.

Above all, people flatter each other on Twitter. Indeed, this seems to be the main function of the site: It's a great big, instant electronic support group. You tweet someone, they do it back to you.

If you want to do online fawning well, it's pretty much a full-time job. I know a woman who used to be a professional writer but who now dedicates most of her time to scratching the backs of fellow writers on the Internet, tweeting and posting supportive little comments on Facebook. There is a quid pro quo here. Recently she tweeted an article she'd written in a newspaper, adding the instruction to her followers: please retweet and comment.

This, by the old rules, is about as demeaning as it gets. But in the new world, it seems not to be. All sorts of perfectly decent people do it. Reasonable colleagues of mine have their BlackBerrys set so that they let out a little yelp every time someone mentions them on Twitter. They also do something else which I think is pretty low: retweet positive things that others have said about them.

The other day a reader wrote to me asking about the new Internet office politics. What should he do about the scores of junior colleagues who invite him to connect on LinkedIn? Would it damage him to be connected to so many relative nobodies?

I couldn't answer as I've never even worked out what this site is for, so sought advice from an acquaintance who leads an intense life of cyber-connectivity. She said it is fine to be connected to junior people so long as you write on your profile that you are a great coach and mentor, thus explaining the presence of so many relative nobodies in your club. Having them there is in any case a good investment policy: they will feel grateful too and swell your band of toadying online camp-followers.

The more you think about it, the more wretched the new system is. But it does work, alas: sucking up always does. Only now it works better than before, as senior people are endlessly checking to see if they have been mentioned on social networks, and so giving them what they want – a nice, juicy plug – can't be done too often or too blatantly.

In the past there was one drawback to sucking up: it made your colleagues feel sick. The difference with Internet fawning is that your colleagues are likely to be doing the same thing and so you can fawn as much as you like and they won't turn a hair. 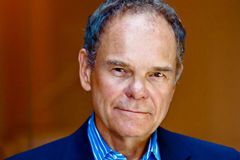 The networking gender gap, and how to bridge it
October 13, 2011 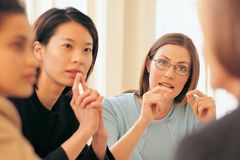