The boss just told you to completely revise the report you worked so hard to complete.

Do you obsess about it and work late into the night to get the problem behind you? Or do you take in a movie and get a good night's sleep to get your mind off the problem?

The common advice is to face the problem head-on to minimize the stress it causes. But a new Canadian study suggests that an obsessive focus on work issues is likely to create conflicts at home, which could increase stress rather than decrease it.

The results of the research suggest that taking a break instead might actually help you recover the energy you need to cope better in the long term.

"The finding is surprising, but it suggests that we can overdo it when we are trying to cope with a stressful situation," concluded Julie McCarthy, a professor at the University of Toronto's Rotman School of Management and Tracy Hecht, a professor at Concordia University's John Molson School of Business.

The researchers, whose study appears in the Journal of Applied Psychology, examined how people juggle not only work and family responsibilities but also postsecondary school work. Two groups, of 193 and 284 university students who also worked, filled out questionnaires about how they cope with conflicts, and whether those spill over into other aspects of their lives.

The responses showed people have three general strategies for dealing with a conflict:

Problem-focused people wanted to do anything they could to focus on issues and resolve them as quickly as possible. These people tend to put all their focus on the issue, even when they are not at work and may stay up late into the night to redo a report, Prof. McCarthy said in an interview.

Emotionally focused people sought out support from others, calling a partner or talking through the issue with trusted colleagues. Talking it out, though, was found to neither help resolve conflicts between life roles, or make them worse.

Avoidance was the third type of response, with people saying they tried to forget about an immediate issue by going to the gym or a film, or watching television or getting a good night's sleep. Their goal was to lessen the immediate stress and hope that the situation either resolved itself or they develop a new idea that will help them cope, Prof. McCarthy said.

It was a surprise to find that while those who were problem-focused said they found ways to solve their issues, their efforts were more likely to have led them to experience conflict in some other aspect of their life.

By contrast, those who avoided their problems reported having fewer conflicts.

"When we combine this with what we know about stress and anxiety and well-being, it suggests that maybe disengaging and distancing yourself from a problem - at least for a while - is a good thing," Prof. McCarthy said.

Part of the reason may be because, in the process, people devote more time and focus on other aspects of their life, she suggested.

"If you are not giving yourself time to recover and are constantly focusing on solving problems, you may find it hard to do anything else - be it focusing on work for a student with a job or focusing on family for working moms and dads," Prof. Hecht said in an interview. "We have only a certain level of energy and if that is depleted it can lead to burnout."

However, "this is absolutely not a suggestion that it's a good idea to go out and have a stiff drink to run away from your problems," she added. "But maybe by backing off and taking a break, students [and by extrapolation people in a career bind]are able to replenish their resources,"

The study didn't estimate what proportion of workers might tend to favour each of the coping strategies. "In truth, we use each of them at different times," Prof. McCarthy said.

If you do choose an avoidance strategy, it's best to match the activity to what works for you, she said. For instance if you are type-A personality and take a yoga class to cope, you might find it difficult to shut your mind off. You might instead want to go to a movie or listen to music to divert your focus.

"People need to ask themselves, 'What roles do I play?' and 'Are these roles working for me?'" Prof. McCarthy said.

Prof. Hecht added: "And if they're not working, we then need to ask: 'Is there something about the way I approach the situation that is making it worse and what could I do differently to make things better?'"

When your resignation triggers a counteroffer
March 24, 2011 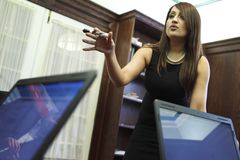 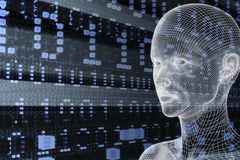