When the new head of human resources at a large organization was recently hired, she decided to introduce herself to her staff spread across North America in a video-conferencing call.

She told them she wanted to be "authentic." And then she went on to describe, in excruciating detail, her trauma-ridden childhood, bouts of depression and years in psychotherapy. She cried sporadically throughout.

By the time it came to the Q and A, many were too stunned to speak up, including one of my clients, who recounted the tale to me.

A desire to be authentic - with unflinching candour and open expression of emotions - is sweeping the workplace. Increasingly, people want to tell co-workers and staff: "This is who I am, this is what I think, this is what I've experienced, this is what I feel - and I don't care if you want to hear it or not."

While much of my work has been devoted to encouraging people not to hang up their feelings or personality at the corporate door, lately I've been wondering whether people have become too authentic at the office.

All of the life-coach imperatives to "bring your soul to work" may have eroded boundaries beyond what is healthy: The downside of people being authentically themselves is that they may express themselves as being authentically self-involved, mean, loud, obnoxious, direct to the point of rudeness, promiscuous with personal information, and other equally unattractive characteristics.

That boss, for example, may have been authentic, but it was at the expense of her squirming employees. Rather than make the connection she hoped for, she alienated them.

The mass desire to be authentic is relatively new. When I got my first corporate job in the early 1980s at the head office of an oil company, I was astonished at how buttoned-up people were. Whether it was joy, irritation or something in between, nobody expressed any emotion. Feelings were definitely to be left at home. I was rebuked on several occasions when I asked co-workers what I considered benign questions about their feelings and personal lives. They thought the questions were overly personal and crossed boundaries of office etiquette.

The erosion of boundaries shows up in many ways, from simple boorish behaviour to extreme acting out. Examples that clients have recently described to me include seeing co-workers clip toenails in the next-door cubicle, hang large pictures of scantily clad partners on the wall, provide cringe-worthy descriptions of fertility treatments, boast about sexual performance, react with rage to a perceived slight and tear a strip off a colleague in front of others.

Why have personal boundaries eroded? Blame electronic media, in part. Instant messaging, Facebook, Twitter and e-mail are immediate, direct and foster a sense of intimacy, whether genuine or not. We forget that that the 500 people we have "friended" are not all real friends.

When we use these media, we are deprived of the non-verbal cues that occur in face-to-face interaction. These cues moderate how and what we communicate. They say, for example, that the person you are talking to is uncomfortable or annoyed or bored - or signal that you've gone too far. As a result, we lose our sense of place, who we are talking to, what they may be feeling or what is appropriate to share.

Unfortunately, the effect of electronic communication is more insidious. The quick, direct, tell-all style has also infiltrated face-to-face communication. We forget that most co-workers don't need, or want, to be privy to all the details of our lives.

Contemporary mass culture, with its too-much-information reality shows and incessant celebrity articles, are also to blame.

Fatigue and anxiety, too, are culprits. We talk without thinking and blurt out things we would think twice about if we were better rested or felt more secure. Under pressure, we lose our inner editor.

Workers are also displaying a growing neediness, I found in a survey I recently conducted among managers. This neediness has further eroded boundaries. Several survey respondents said they blow significant meeting time reluctantly and uncomfortably being forced to listen to staffers' woes about crazy neighbours, unemployed kids, demanding spouses and mean colleagues.

In today's anonymous workplaces - where results increasingly count for more than the people who get them, and where people don't feel looked after - it's easy to understand why some workers may want to be seen as special. What results is a loud cacophony of colleagues competing to say, "Look at me. Listen to me."

Some people also think they should be able to express themselves, no matter what effect their self-expression has on others. When I asked one senior manager why he had publicly torn a strip off of one of his employees, he responded: "I'm pissed. Why should I hide it? People should be open."

Like too many people today, this manager is confusing authenticity with rudeness.

I've heard similar explanations from grumpy people who want everyone around them to know how unhappy they are. I wish they would fake good humour. I don't need to feel awful because they do.

People's lack of boundaries, masquerading as authenticity, can sometimes actually leave you breathless. A client who prides herself on being authentic flew in from the United States, ostensibly on business. When she arrived, she quickly said, "I'm just using business as an excuse. I'm having an affair with someone who works in Toronto and getting the company to pay." I barely knew her.

Sometimes those who appear to be rude or obnoxious are actually shy. Uncomfortable in social situations, they don't know how to sugar-coat their words, or realize that their bluntness can be off-putting.

Intimacy and directness can be an effective ice breaker. It can enable people to connect quickly by sharing something discussion-worthy.

But intimacy and apparent openness can also be used as weapons. One client likes to shock colleagues with her candour. She thinks it makes her "cool." As well, she says it gives her the upper hand in negotiations by "throwing people off their game" because they don't expect a senior manager to be so unguarded.

Oprah-worthy revelations and over-the-top descriptions of situations can be a way of grabbing attention. At a professional get-together a few months ago, one woman held everyone at the table hostage to her loud and, to my ears, highly exaggerated stories, about her life. A friend turned to me and said: "I don't trust her. She's just a drama queen who wants the spotlight."

Is all the candour really all that candid? Glossy magazines promise revelatory interviews with celebrities, but deliver little more than saying an actress went through a hard time after her husband dumped her. (No kidding.)

I have heard several speeches where the speaker cried. Sometimes I have experienced it as a genuine display of emotion. On other occasions, I have felt manipulated and could imagine the "cue to cry" flash card.

Whatever the reason, it seems that we no longer know what's acceptable, and what is outrageous or in bad taste. We have lost our moorings, and are drifting rapidly from the old, repressed Canadian workplace to a new one where almost anything goes.

It's called good manners. It involves acting like an adult and being sensitive to others' needs. The cost may be lack of authenticity. But at least, unlike my client's boss, you won't express yourself to the detriment of others and, ultimately, yourself.

Self-expression, whether of intense negative emotion, or simply sharing too much intimate information, may feel good in the moment. But it may be at the price of others' comfort. Follow these principles

Know who your friends are

Your boss and many colleagues are not fascinated by every detail of your life. Be mindful of how much you share and with whom. Edit.

You may think you are being direct and concise. Unfortunately, others may hear you as being abrupt, harsh or sharp.

You don't need histrionics or exaggeration to get people's attention. Others are more likely to like and listen to you if they think you are telling the truth, and not manipulating their emotions, unless you are an extremely charming raconteur.

Most people have trouble dealing with other' bad moods and anger. Sometimes you need to fake good humour. If you are in conflict with someone at work, use words that will not be heard as an attack.

Organizational and departmental cultures vary. Some tolerate, even reward, emotional self-expression. It may even be seen as healthy in some creative workplaces. In most environments, however, too much self-expression will be interpreted as emotional immaturity, attention-getting behaviour or self-absorption.

What will it cost you to repress your feelings? Do a cost-benefit analysis of what you will achieve versus what you will give up if you park your emotions.

Tables turn: Workers ready to jump ship, employers concerned about losing top talent
May 25, 2010
Pick your battles: How to fight the right fights
May 25, 2010 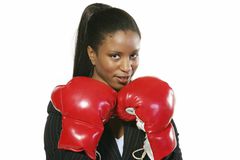