Have you ever considered a career as a nostalgist? Or a robot counsellor? How about an aquaponic fish farmer?

While these job titles might seem foreign today, a recent project called Inspired Minds, developed by the Canadian Scholarship Trust, a non-profit registered savings program company, suggests that these are some of the careers job seekers might find at an employment fair in 2030.

"We recognized that the landscape of careers is changing at a dramatic rate, even within the last five years," said Martha Turner, vice-president of marketing for CST. "We've partnered with about 45 thought leaders across a wide variety of industries and foresight strategists who try to look at macro trends."

For example, the project hypothesizes that as the fish population continues to decline, new methods like aquaponics – which combines fish farming and gardening – will allow fish to be bred on a wider scale while requiring fewer resources. Nostalgists will help design retirement homes for wealthy seniors that mimic settings from their favourite eras, and robot counsellors will help pick the right robot to suit consumers' household needs.

The study also explored some of the skills that might be required from the next generation of employees. While each industry will demand new skills as their fields develop, a common trend is that employees of the future will need to posses a wider array of skills than the more specialized workers of today.

"No longer will be the days where you work in silos as a discipline," said Ms. Turner. "It will be more of a convergence of different things, as an example, the arts and sciences coming together."

While some of the jobs identified by CST's Careers 2030 project already exist today – such as accountants, renewable energy engineers and teachers – their roles and responsibilities are expected to expand in the coming years.

Jennifer Keesmaat, chief planner for the City of Toronto, said urban planners of the future will require familiarity with a wider array of disciplines in order to address issues never before seen by their predecessors.

"A generation ago we were willing to see things as being very segmented, and there was different expertise being brought to different problems," she said. "Today we're beginning to recognize that to deal with the challenges we face in cities – for example climate change, smaller municipal budgets, a growing population – our city needs to become more complex, and the extent to which we can deal with complex problems will be dependent on the connections between different disciplines."

While urban planners today work with teams of experts in different fields, urban planners of the future will require an understanding of science, finance, technology and art, and posses strong public speaking, writing and problem-solving abilities, said Ms. Keesmaat.

Emerging industries will similarly require an understanding of multiple disciplines as they develop. Augmented reality – the overlaying of digital information on top of real-world experiences – is expected to emerge from its infancy with wide-ranging career opportunities, said Helen Papagiannis, the chief innovation officer of Tel Aviv-based technology firm Infinity Augmented Reality.

"It's shifting from a technology to a medium, so what we need now is not only the engineers working on the technology but the storytellers, the writers, the artists, the experience designers, the architects," she said. "There will be broad and completely wide-open skill sets and career opportunities in this new medium."

Ms. Papagiannis points to the film industry as an historical example of the opportunities that can arise when a new technology transitions from more of a gimmick to a robust medium.

"The first couple of films were only a few seconds long, and it was all about the technology rather than the storytelling," she said. Ms. Papagiannis adds that few could have predicted the rise of major film studios, movie theatres and a whole new multi-billion-dollar industry less than 20 years after Thomas Edison first commercialized a coin-operated, single-viewer early film technology called the Kinetoscope.

In order to prepare for the career opportunities that lie ahead in the not-so-distant future, students of today should diversify their learning experience as much as possible, advised Amit Chakma, president and vice-chancellor of London, Ont.'s Western University and a CST board member.

"In the past what we have done is we have compartmentalized and said, 'if you're not good at math don't worry about it.' That is no longer an option," he said.

Mr. Chakma adds that although students can only explore so many subjects while pursuing an undergraduate degree, it is important that they also take advantage of international exchanges, volunteer opportunities and co-op placements to supplement their classroom experience.

"Embrace experiential learning as much as you can, because learning takes place not only in the classroom, but also outside of the classroom," he said. "The world will need lots of smart people, so my advice would be to focus on quality [learning], and focus on a broad-base education at the undergraduate level."

To achieve balance, think of your life as a symphony
August 21, 2014 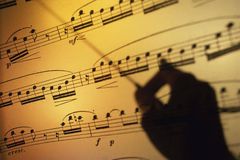 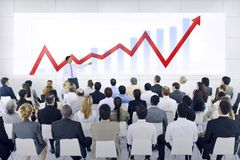 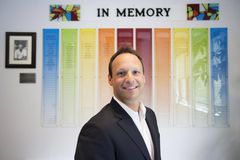 Leaders who ignore big data are falling behind
August 21, 2014 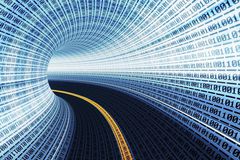