Companies that are hoping to break out of the current economic doldrums are better off bringing in a complete stranger to lead a reorganization rather than promote a new leader from within, a new study recommends.

That may not be good news for executives who are hoping to make a move into the corner office in their company, but it's a finding that executives hoping to switch fields might want to highlight in their job search, says Adam Galinsky, a business professor at the Kellogg School of Management at Northwestern University, who led the research team.

The study found that decision makers who share a "psychological connection" with their predecessors - either working together or travelling in the same social circles - are subconsciously motivated to continue past policies and investments rather than make big changes, he says.

The groundbreaking results may explain the paralysis experienced by many companies even after they shuffle management to turn things around, Prof. Galinsky says.

He points to General Motors Corp., which replaced chief executive officer Rick Wagoner in March with his protégé, Fritz Henderson. The study's findings suggest that the relationship between the two men had undermined Mr. Henderson's ability to make independent decisions.

Prof. Galinsky suggests that GM might have been better served by following Ford Motor Co.'s lead. Ford brought in outsider Alan Mulally from Boeing in 2006 to turn around the organization and the company was able to avoid the fate of GM, which had to seek bankruptcy protection and ask for federal bailout money.

The findings build on earlier research that looked at why it is common for leaders to try to recoup their investment in a failing plan by putting in more money hoping for a turnaround, rather than shifting to a new course, Prof. Galinsky says.

In the case of taking over from a confidant, the investment is a psychological one, which the study calls "vicarious entrapment."

The research did a series of experiments in which groups of university students were shown pictures and given fictitious biographies of people who had made a business decision that had not achieved good results.

Half of each group was asked to imagine what might have motivated the person to make the decision. Then both groups were asked what the leader should do next. In each experiment, the results showed that with few exceptions, students who felt they had a connection with the first decision maker were ready to invest more in the failing plan even though it had failed.

"In a sense, they were taking on the decision maker's identity and feeling empathy for their decision," Prof. Galinsky says.

By contrast, those who were not urged to put themselves in the shoes of the other person invariably questioned the logic of throwing more money into the project.

And the development of a psychological connection could be remarkably subtle. In one of the experiment groups, the subjects didn't have to be prodded to develop empathy; they did it just because they thought they had something in common with the decision maker.

The students who were most likely to support the person's decision had been given a biography that had been individually written to say that the decision maker had the same birth month and day as they did.

"That's subtle because we never told the subjects to notice the date, they picked up on it all on their own," Prof. Galinsky says.

The results of the experiments, which were conducted by Prof. Galinsky in collaboration with Northwestern doctoral student Brian Gunia and Prof. Niro Sivanathan of the London Business School, will appear in the upcoming issue of the Journal of Experimental Social Psychology.

But that doesn't mean that promotion from within is a bad policy in normal times, he adds. Experience and knowledge of the industry and being known to the organization favours insiders when times are good, and a predecessor's policies are likely to be working well.

"But the balance shifts when - like now - organizations are looking for new directions to pull out of the downturn," he says.

"Someone who is too tied to the old way will be trying to be justify the old way and is going to defend past decisions rather than say what's best for the company today," Prof. Galinsky says.

For those in authority, the message for making tough choices is: "Sometimes you have to harden your heart and take out the psychological connections and emotions, and make the most rational and objective decision possible," he says.

"If you really want to banish the past and have a fresh start, bringing in someone from the outside is really the only option you have." 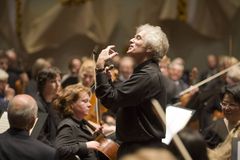 Charity begins at work
September 25, 2009
Follow us on Twitter @globeandmail Opens in a new window
Report an error Editorial code of conduct
Due to technical reasons, we have temporarily removed commenting from our articles. We hope to have this fixed soon. Thank you for your patience. If you are looking to give feedback on our new site, please send it along to feedback@globeandmail.com. If you want to write a letter to the editor, please forward to letters@globeandmail.com.
Comments are closed