Ken Werker vividly recalls two years ago, when an accomplished vice-president of finance at a mid-sized professional-services client firm turned down a lucrative opportunity to move into the corner office.

"This person really just enjoyed finance, where he had a comfort level. He had no aspirations to be the CEO. In fact, he had an aversion to being the public face of the company, " recalls Mr. Werker, the managing partner of Vancouver-based executive-search firm Odgers Berndtson.

With Olympics fever still fresh and the Paralympics kicking off, the focus continues to be on going for the gold. But many people in the working world, like that vice-president, don't want to aim for the top. They're satisfied to stick with the workplace equivalent of silver.

"They're doing the work they want to do, whether it's standing in the classroom, as opposed to being an administrator, or getting their hands dirty solving professional problems, rather than having to deal with management headaches," adds Dr. Moses, author of What Next? Find the Work That's Right for You.

And that's increasingly being seen as perfectly acceptable, she says. Dr. Moses sees a lot of lawyers and accountants, for example, who turn down opportunities for partnership because of the long hours.

"Firms are increasingly recognizing that, and making career tracks to accommodate people who are top performers, but [to whom]the big jobs do not appeal, at least at this point in their life," she says.

Who would turn down a promotion? "People vary in their levels of ambition," Dr. Moses says. "Some are driven and always want to get to the next level. Others don't define themselves only in terms of traditional concepts of success and money, but in terms of the overall quality of their life."

One key motivator for the decision to stay put is work-life balance. Some are "just not prepared to make the personal sacrifices," she says. They say, "although work is very important to me, it isn't the centrepiece of my identity."

Timing can also play a role, whether it's because there's a new baby at home, an ill family member to take care of or aging parents to look after.

Another common reason for turning down a promotion: People love - and are good at - what they're doing, so they don't desire, feel ready or willing to take on new, sometimes different responsibilities.

Eileen Chadnick, principal of Big Cheese Coaching in Toronto, has seen successful sales people refuse to move up because they don't want to take on administrative duties that they don't feel play to their strengths. "They realize they need to stick to their knitting. Sales are their thing."

Many people also don't want to get involved in the corporate "minutiae, politics and that kind of stuff" that comes with a more senior job, says Michael Stern, president of executive coaching and leadership-development firm Michael Stern Associates in Toronto.

Attitudes toward putting family over work have changed, Dr. Moses says. While a generation ago, somebody turning down a promotion might have raised eyebrows, "today, there's such an awareness of work-life balance, and the price you have to pay for being in more senior jobs. Sometimes you might even be seen as a hero among your friends and colleagues because you put your family and other considerations first."

But not everyone thinks that's true at the very top echelons. "I believe there is way more flexibility at the intermediate level. I know there are examples out there where [very senior]people do that, but they do it knowing there's a certain risk involved," says Connie McCandless, principal of Candomore Management Consulting Inc. in Toronto.

So how to turn down a notch up and still look good?

"If they want to stay with the organization, and they have any thought of ever advancing in the future, it may be acceptable to say 'no, it's not the time for me; I would benefit from more experience,' " Ms. McCandless suggests.

In that case, it is important to inform management about career goals, making clear that a no now does not close the door to a future move up.

If it's a preference to stick to your knitting and you're not likely to want to rise later, you need to communicate how you will best contribute by staying put, Ms. Chadnick says.

"You don't necessarily need a new title and extra responsibilities to add more value. You can find ways to say, 'How can I do this better?' What else can I do in this role?' "

You also need to make clear you feel honoured to have been considered for a promotion, Dr. Moses says.

Adds Ms. Chadnick: "Keepers can be people that move up, or they can be keepers because they're continuing to do great work."

Communicate why you will not accept the promotion, whether for family or professional reasons.

Remind yourself about why you made the decision.

If your decision is temporary and you'd like to be reconsidered as a future candidate, make it clear.

Thank management and let them know you're honoured by the consideration.

Let management know how you can continue to grow in your current role. Take initiative: Put up your hand for additional tasks.

Add to your skills, to better prepare you for another promotion opportunity down the road.

Revisit your thinking from time to time to make sure you aren't making decisions based on old information.

Too competitive? Careful it doesn't bite you
January 15, 2010 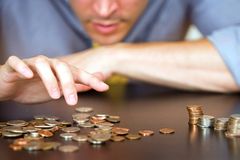 Getting serious about succession
March 3, 2010 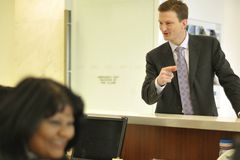 When leaders become glory hounds
March 5, 2010
Follow us on Twitter @globe_careers Opens in a new window
Report an error Editorial code of conduct
Due to technical reasons, we have temporarily removed commenting from our articles. We hope to have this fixed soon. Thank you for your patience. If you are looking to give feedback on our new site, please send it along to feedback@globeandmail.com. If you want to write a letter to the editor, please forward to letters@globeandmail.com.
Comments