The debate about "work-life balance" will generate contributions weightier than Erin Callan's short article in last weekend's New York Times, but few will be sadder.

Ms. Callan, former chief financial officer at Lehman Brothers, used to keep a model of a private jet on her desk, according to Andrew Ross Sorkin's Too Big To Fail. She had to be told to remove a framed photo of herself getting out of a limousine, drawn from a magazine profile that dubbed her "The Most Powerful Woman on Wall Street." Now she has deep regrets.

"I'm beginning to realize that I sold myself short," she writes. "I was talented, intelligent and energetic. [My career focus] didn't have to be so extreme."

This belated epiphany is the latest squall in the great storm system of controversy stirred up by Facebook chief operating officer Sheryl Sandberg's book Lean In, out this week. Some critics have taken issue with Ms. Sandberg for using her lofty pulpit to preach to women about how they should realize their potential.

I like the book, but, if anything, Ms. Sandberg sells herself short. The lessons of Lean In – which is her expression for the full commitment women must make to their choices – are far more broadly applicable, to men as well as women.

If employees lean in, only to keel over onto the boardroom table out of fatigue, something is wrong. The book and Ms. Callan's lament expose a problem with the system, not just with the people in it. Managers ought to be creating the conditions to get the best work from all staff, not simply to extract the most work from a determined few. If employees are driven, or drive themselves, to unproductive and unhappy extremes, the whole corporate economy suffers.

Ridding the world of the term "work-life balance" would be a start. As Ms. Sandberg writes early in her book, if the problem is framed in that way, "who would ever choose work over life?"

The description also lays a trap for those individuals who believe they can spend the first half of their lives on work, and the rest on life. "That is not balance," writes Ms. Callan. Too right: In fact, it is two periods of extreme imbalance, neither of which is likely to lead to happiness. Ms. Callan, now 47, relates the breakdown of her first marriage as a result of work pressure and, underlining the particular dilemma faced by many women, her attempts, so far unsuccessful, to conceive a child with her new husband.

To focus the discussion only on women in the workplace limits the debate unnecessarily. Ms. Sandberg wants a world in which both her daughter and her son will be able to choose their paths freely, unhindered by obstacles or preconceptions. To get there, men as well as women will need to read, and adopt, many of her suggestions.

Among the most important is former secretary of state Colin Powell's leadership vision (cited approvingly in the book) of rejecting "busy bastards" – leaders who spend too long in the office. They set a poor example to staff, who end up feeling they will be judged on input of hours rather than output of useful work.

Many of the men at Lehman Brothers were probably also at the end of their tethers by 2005, when Ms. Callan says she was spending most weekends sleeping in order to recharge herself for the week ahead. The bank would doubtless have interpreted an admission of exhaustion as a sign of weakness.

This attitude may be beginning to change, albeit only when a crisis point is reached. Both Lloyds Banking Group and Akzo Nobel gave their (male) chief executive officers leaves of absence to recover from extreme fatigue. Both men were in the early months of their roles – a period when external expectations were at their highest and internal support networks had yet to develop.

Ms. Callan and Ms. Sandberg mainly address the personal choices that determine happiness and achievement. The Lloyds and Akzo cases – and other stress-related problems that never come to light – demonstrate the need for more enduring structural solutions, too.

Managers and policy makers should act to correct these imbalances, not least for reasons of workplace equity and humanity. But there is a blunter motive for action: corporate leaders who inadvertently force women, and men, toward burnout, risk draining talented people from the pool that is supposed to feed their companies' future success.

Bionic managers would be better, stronger, faster – and cheaper
February 11, 2013 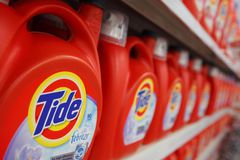 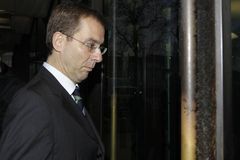 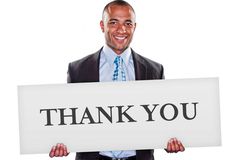