If Ben Johnson is the first name to pop into your head when an interviewer asks you what person – living or dead – you'd like to high five, you should probably think a little harder.

Canadian employers in virtually every industry from tech to retail are starting to ask these types of challenging, somewhat oddball questions to test a candidate's critical thinking skills. And the Canadian sprinter, who won a gold medal and broke the 100-metre world record at the 1988 Seoul Olympics, only to be ignominiously stripped of both shortly after, is likely not the positive association you're looking for.

"The best way to answer is to take a minute, breathe, think about how the question and your response relates back to the position that you're interviewing for," Glassdoor career trend analyst Scott Dobroski, said.

A better answer would be someone who people associate with perseverance and a winning attitude, Mr. Dobroski added – someone like Wayne Gretzky, he suggested.

The high-five question, asked by an interviewer at Lululemon Inc., is just one of a variety of oddball queries Glassdoor Inc. identified in a new report about the Top 10 Oddball Interview Questions in Canada.

Wednesday's report is the first time the online employment and career community has weighed in on stranger side of the Canadian interview scene.

Requiring what seems like a lot from candidates, Telus Corp. asked interviewees "how can we move Mount Fuji?"

Bell Canada put candidates in a similarly difficult situation, asking "how many traffic light are there in Canada?"

All but impossible to answer correctly, companies are asking these tough questions to assess how candidates react.

"Keep in mind these employers aren't necessarily looking for a right or wrong answer," Mr. Dobroski said "What they're trying to see is how you can think out loud and come to your best solution on the spot."

TD Bank's challenging scenario was somewhat more mundane than transplanting an iconic Japanese mountain, but answering "how do you get a plastic ball out of a cup without touching the cup?" presents its own unique challenges.

While some oddball questions aim to test interviewees' thought processes, others shoot to uncover a bit of their personality.

"If you were an inanimate object, what would you be?" Starbucks Corp. asked, and Prism Resources Inc. tested candidates with "what would you name a book about your life at this point?"

Bombardier Inc. on the other hand, is interested in what kind of apples Canadian job seekers eat. "If you own a grocery store and you have to sell apples, how would you determine how many different type of apples would you sell?" the company asked.

The social media manger, HootSuite put candidates in an awkward position, asking "how will you keep HootSuite weird?" And Labatt Brewing Co. tested interviewees' money management skills with, "if Labatt gave you a million dollars with the condition that you'd have to pay it back in three years, what would you do with it?"

Blackberry Ltd. rounds out Glassdoor's top ten 10 with the more straightforward, business-oriented, "if you only have one choice, do you prefer to work on time or correctly?"

So next time someone asks you to move mountains, you might just be on your way to a new job.

References before a job interview? What’s up with that?
March 9, 2015 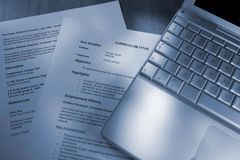 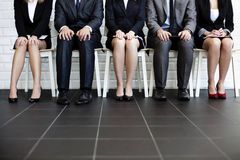 What not to ask about at a job interview
February 3, 2015 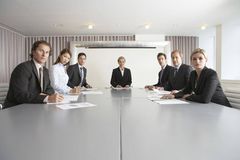 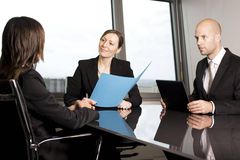 How to hire a tech employee when you don’t know tech
February 23, 2015 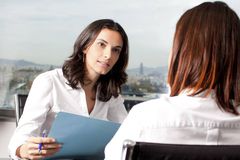