As lunch ends, a bottle of red arrives. Trevor Linden's famous in this town. Better word: beloved. The wine is an offering from a nearby table of older gentlemen. Mr. Linden demurs.

On the way out, Mr. Linden thanks the group, their table crowded with multiple bottles. "How's it going, boys?" Mr. Linden's voice is jovial, fraternal, like he's greeting close friends. "It looks like you have a lot better afternoon than I have."

"We're working on it," says one of the men, smiling broadly. There's no prodding about the prospects of the Vancouver Canucks.

"Trust me, I appreciate the offer," says Mr. Linden. He's late for a meeting.

Mr. Linden's stature in Vancouver was first forged on the ice. In 1988-89, when he was an 18-year-old rookie, he scored 30 goals for the then-woeful Canucks. Five seasons later, he led Vancouver to the cusp of the Stanley Cup.

He wears the scars. His nose takes a distinct leftward dart near the tip. He broke it in his first playoff series, in 1989. He broke it again, a puck to the face, early in the 1994 Cup final against the New York Rangers. In Game 7, Mr. Linden scored two goals, but the Canucks lost 3-2.

It made his legend around here.

Mr. Linden retired as a Canuck in 2008, a week before his 38th birthday. The team was in ascent. In 2011, propelled by the Sedin twins, Vancouver again came within one win of the Cup. Thereafter, slowly then suddenly, the team fractured. By the spring of 2014, it was in pieces – the Canucks crawled to their worst finish in 14 years.

The owners, the Aquilini family, turned to Mr. Linden two days before his 44th birthday. The hockey hero, a member of the Order of Canada, was installed as the boss. It was a rescue job, a slog that might take several years to arrest the downward spiral and spark a new future.

Mr. Linden had been a leader – long-time captain of the Canucks as a player; president of the NHL players' union for eight years; and experienced in business after he retired from the game. But he had zero management experience. He was a rookie, again.

"I'm not afraid," Mr. Linden says between bites, "to go into a situation and ask questions."

We eat at Chambar, near Rogers Arena. The restaurant interior is all brick, exposed wood, and surreal lights crafted by Omer Arbel, an internationally lauded local. Mr. Linden sits to my left, rather than across the table. It's instinct: he always aims to stoke connection.

When we sit down, we talk about backcountry skiing, a shared interest. Linden had just watched a film about Whistler's 50th anniversary, chronicling the mountain's transformation from wilderness to global resort. "I love those stories of people who were pioneers," says Mr. Linden, "and had the vision and the fortitude to keep driving and to build something really special."

He cuts a sharp figure. On game nights he prefers slim black suits, no tie, his white-collared shirt a couple buttons open. Today he's in a black sweater, white-collared shirt, grey slacks. He gesticulates when he speaks. His trim beard is turning white and grey. He eats steak, medium rare, and spurns dessert.

In the six years he spent away from the game, Mr. Linden relished intense adventures – long-distance cycling and backcountry skiing – and building a chain of local fitness clubs that bears his name.

Chuck Lawson, CEO of L&L Signature Fitness Group Ltd., cites his partner's voracious appetite: to learn more and do more. Everything from the financials to scouting locations. With the Canucks, Mr. Linden is likewise. Early last season, he visited with the management team of basketball's San Antonio Spurs, regarded as among the best in sports.

Victor de Bonis, the Canucks's chief operating officer, is a two-decade veteran of the front office. Before Mr. Linden rejoined the franchise, morale had soured. "He really sparked the company," says Mr. de Bonis. "He really listens. He's genuine, and he's got a business savvy. It does not feel like he is a rookie."

Mr. Linden brought a principal ethos: rebuild the Canucks as a top team through the annual NHL entry draft. In the decade before, the Canucks' draft record was among the worst. His general manager, Jim Benning, had deep roots in amateur scouting.

When Mr. Linden was hired, he moved fast on some fronts – firing the head coach and hiring Mr. Benning – but slow on others, taking time to assess key staff. He learned how the franchise worked before he made more sweeping moves this past summer – firing two assistant general managers, promoting a new boss of amateur scouting, and hiring a new medical guru.

The Aquilinis want everything – the current team competitive, in the playoff race, while simultaneously building the Canucks of the future. It is, thinking of business outside hockey, much like corporations such as IBM or Corning or General Electric, walking a tightrope from past to future, riding out the last generation of success while stoking the potential of future gains.

It isn't easy. Just ask the people who ran Research In Motion.

Mr. Linden has one of the oldest teams in hockey – the Sedins turned 35 a month ago. "Everybody knows it doesn't last forever," he says. The Canucks made the playoffs last spring, but there's no guarantee this season. The future looks somewhat brighter, though, with many more young players on the roster than usual. Mr. Linden's stamp.

The fall from the heights of 2011 has made the team a harder sell. Rogers Arena isn't full; tickets are still among the most expensive in hockey. "Our fans are great," he says. "But I understand the uncertainty. They've gone through a tremendous degree of success."

Hiring Mr. Linden was a big-time bet – a significant risk – for the Aquilinis.

The family is worth an estimated $2.8-billion. The Aquilini patriarch is 84-year-old Luigi, an immigrant from Italy whose bottom-line maxim is: "You make money when you buy, not when you sell." The family's fortune is eclectic and sprawling, everything from real estate to blueberries.

Mr. Linden meets monthly with Luigi and his sons, Francesco, Roberto and Paolo.

"Luigi is a guy who wants to be in the fields talking to the guys," says Mr. Linden. "He's the guy figuring out a better way to plant the cranberries. Having the opportunity to spend some time with Luigi has been really, really cool. He just has a real love for business."

The Canucks are the family's crown jewel. The purchase was led by Luigi's eldest son, Francesco, buying half of the team and the arena in 2004, and the other half in 2006 – for an estimated total of $300-million. It did not look like a savvy investment at first. On-ice success helped, and the NHL's huge TV deal in Canada last year elevated the worth of all teams. Forbes Magazine now pegs the Canucks as the fifth-most valuable NHL franchise, worth $800-million (U.S.), lagging behind a quartet of Original Six squads – Toronto, New York, Montreal and Chicago.

Outside Rogers Arena, the second of three Aquilini Centre commericial-residential towers is under construction. But the jewel inside is tarnished. ESPN The Magazine sees plenty of problems. The latest tally, weighing measures such as bang for the buck, players and stadium experience, places the Canucks at 112th out of the 122 teams in football, baseball, basketball, and hockey. The Spurs are No. 1, the Toronto Maple Leafs dead last.

The Canadian dollar is another problem. The Canucks actively hedge with forward contracts and other methods to ease the cost of player salaries paid in U.S. dollars.

Mr. Linden's focus is the future. In all venues.

This summer, he hiked the Grouse Grind – a steep ascent of 853 metres in the North Shore mountains – several times with Canucks prospects. Some, initially, couldn't keep up. "It's mental," he says. "You've got to push through. It hurts."

Last winter, Mr. Linden hit the road with his amateur scouts in small arenas, watching juniors from Sarnia, Ont., to Everett, Wash. "Spending time, asking questions," he says. Dan Palango was on two of those trips. He is an old Mike Gillis guy, hired by the former Canucks boss, and liked Mr. Linden from the start.

"This business is a jungle," says Mr. Palango. "He doesn't pretend to have all the answers. He forms sound judgments and he engages us. He makes people feel valued. It makes the long drives easier."

The future emerges in names such as Bo Horvat, 20, Ben Hutton, 22, and Jared McCann, 19. Whether they, in three, four, five years, will help the Canucks rival Connor McDavid's Edmonton Oilers or Sean Monahan's Calgary Flames is unknown.

This is Mr. Linden's second chance. No NHL team has come as close to the Cup as Vancouver without winning. "I have moved on from '94," he says. "I don't think often about it – but I do think about the opportunity to bring a Cup here in the position I am now. That would be so cool."

Recent reading: Legacy: What the All Blacks can teach us about the business of life, by James Kerr, examines the culture of New Zealand's national rugby team. "The veteran stars sweep the locker stalls," says Mr. Linden. "It's about humility and hard work." In the spring, Mr. Linden read about the end of the Ottoman Empire, including a novel by Louis de Bernières and a biography of Mustafa Kemal Ataturk by Andrew Mango. Mr. Linden attributes his interest in history to his late hockey mentor, former Canucks general manager and coach Pat Quinn: "He always had a story about a great battle back in the 17th century."

Vacations: In May, sightseeing in Turkey with his wife for eight days. "A great country. I loved it." In 2014, he took on the mountainous Haute Route bicycle race from Geneva to Nice, France, which features more than 20,000 metres of climbs.

Favourite local ride: From home in Kitsilano, B.C., over to Lions Bay and then back via Cypress Mountain, up and down there, and home to Kits. Ninety kilometres, 3 1/2 hours. 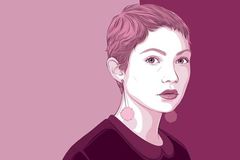 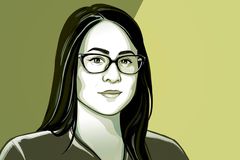 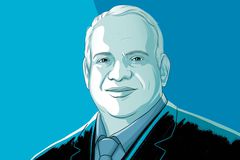 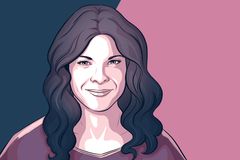