True to form, Azim Premji has an austere meal in front of him.

It's not for lack of choice. His company, Wipro Ltd., has laid out an array of decadent pastries, hot drinks and a rainbow platter of fruit for our interview at his new Canadian office. Mr. Premji, India's third-richest man, has selected seven strawberries and a cup of tea.

Mr. Premji is not like other billionaires. He built his father's vegetable oil company into a global software empire with operations in dozens of countries, yet he still flies economy class. He walks to work. He does not own a yacht. And in December, he was responsible for the largest lump-sum donation in his country's history, pledging $2-billion (U.S.) to support rural schools in India.

That generosity is one of the reasons Western media have dubbed him India's Bill Gates, the Microsoft founder who shares a technological bent and who, like Mr. Premji, dropped out of school. But Mr. Premji is different. For one, he returned to finish his degree in electrical engineering at Stanford University three decades later, a feat he's quite proud of. For another, his vibe is more professorial than tech nerd.

Mr. Premji has long focused his attention on the developing world, seeing huge potential in major growth markets such as India, China and the Middle East. On this day, dressed in a dapper grey suit and burgundy tie, he is sitting in an office in an industrial area of Mississauga, talking about why Canada now plays such a key role in his company's growth plans.

Sales here more than doubled in the past year, even before the company ramped up plans and decided to set up the Mississauga headquarters. Wipro aims to double revenue again in the next year. "It's a reasonably large market. It's English-speaking. We think it is a country which is economically very stable, growing, and it produces oil, which helps today in terms of having solid growth. And we have underinvested in it," he says. "We're taking it seriously now."

Wipro now has 2,100 workers supporting its Canadian operations in business services, of which 300 are in Canada. It will add at least 100 more jobs in the country this year with its eco-energy division, which aims to manage energy reductions and cut companies' carbon footprints. It will also branch out into servicing financial, retail and telecom firms in areas such as billings.

Mr. Premji is a journalist's dream interview: his answers are succinct. He does not stray alarmingly off-topic. He remembers meeting you the year before. He doesn't pepper his language with jargon.

His business background began with a lurch. At age 21, while studying at Stanford, he got a phone call informing him that his 51-year-old father had died of a heart attack. Azim would have to take over the family's business - then called Western India Vegetable Products - with annual sales of about $2-million.

At his first shareholders' meeting, he remembers someone telling him to sell his shares to an older colleague because he couldn't run such a complex company. Instead, he bought business textbooks and studied them at night. He turned the cooking fat firm into a consumer products company that produced laundry soap and light bulbs. He diversified into information technology - printers and personal computers - and then into global outsourcing.

Today, Bangalore-based Wipro is India's third-largest information technology exporter. It operates in 55 countries with more than 108,000 employees and sales of about $6-billion. Its businesses range from software and green energy services to consulting and outsourcing. Mr. Premji has a net worth of $16.8-billion, Forbes said this week.

The growth hasn't come without setbacks. "Many things have failed," he says. In the mid-1990s, he branched into financial services. "We didn't understand the depth or the intricacy of the business. And we finally backed off. And we paid an expensive price for that." What did he learn? "You cannot get into business for the fashion of it," he says. You need a commitment which is long term and a commitment to leadership, because that's the only way you build excellence."

In a country plagued with corruption problems, he has made a public point of never paying bribes. "You can do clean business in India," he says. "We have found we get better employees because of it, with more pride and more character. We get better partners, because they trust us. And we get more trusting customers because of it."

Global challenges remain. Inflation is a broad concern - while he doesn't see hyper-inflation, he is worried about rising prices in emerging markets.

"Messy consequences" from unrest in the Middle East is another worry. Everyone aspires to democracy, to a degree of control over their lives, he says. But in the process, there will be "uncertainty and major stumbling.

"And major frustrations expressed by people over what they've inherited."

Economic clout is tilting towards emerging markets and away from advanced economies, he said in a recent speech at the Davos World Economic Forum. In the next decade, he expects emerging countries will have a $20-trillion economy - much larger than the $15-trillion U.S. economy. That means multinational companies will have to develop affordable products to suit local needs, he believes.

Much of his own attention is shifting. On Dec. 1, Mr. Premji said he plans to transfer $1.95-billion worth of shares to a trust that will fund social initiatives, particularly elementary education in rural India. He now spends 10 per cent of his time on the foundation, and he expects that will grow to a quarter of his time in the next few years.

Mr. Premji won't say whether he plans to give away all his money, à la Warren Buffett. But he has said the trust is expected to expand "significantly" in the coming years. He sees this as the single best way of improving his country.

Much of Mr. Premji's efforts are focused on girls - keep them in school, give them a basic education, ensure teachers show up for work, empower female leaders at the village level and you will see better health outcomes and smaller families. "How can you contribute towards building the Indian society and the Indian nation? No better way than to upgrade the quality of young people in school, particularly the schools which are run by the state government in the villages."

Then, there is the matter of Mr. Premji's frugality. He has made some concessions in recent years - he now flies business class on long-haul flights, and economy domestically. He used to drive a Ford Escort, then a Toyota Corolla. These days it's a Volkswagen Skoda Laura. He is still arrives at the office at 6 a.m., works until almost 7 p.m. and toils after dinner and on weekends. He treks in the countryside, alone or with companions, on the weekends to clear his head.

His sister lives in Halifax with her children. Mr. Premji appears to genuinely like Canada - and is impressed with the Indo-Canadian community, which numbers close to a million people and has potential to help strengthen trade ties between the two countries.

"The Indian community in Canada has integrated much better than the Indian community in United States. They've become really Canadian at the same time as keeping all their Indian characters and customs and social groups. It's a very unique blend, I've not seen it in this intensity anywhere else. And they're doing well." 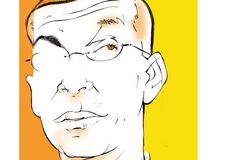 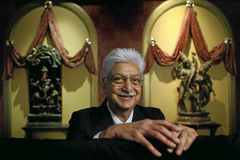