Who is an intrapreneur? Usually highly self-motivated, proactive and action-oriented people who are comfortable with taking the initiative, even within the boundaries of an organization, in pursuit of an innovative product or service. This series examines eight companies that encourage an intrapreneurial culture. Read other stories about Telus, Hootsuite, Canadian Tire, Metrolinx, Duha Group, Oil Country Engineering Services and Absolute Software. 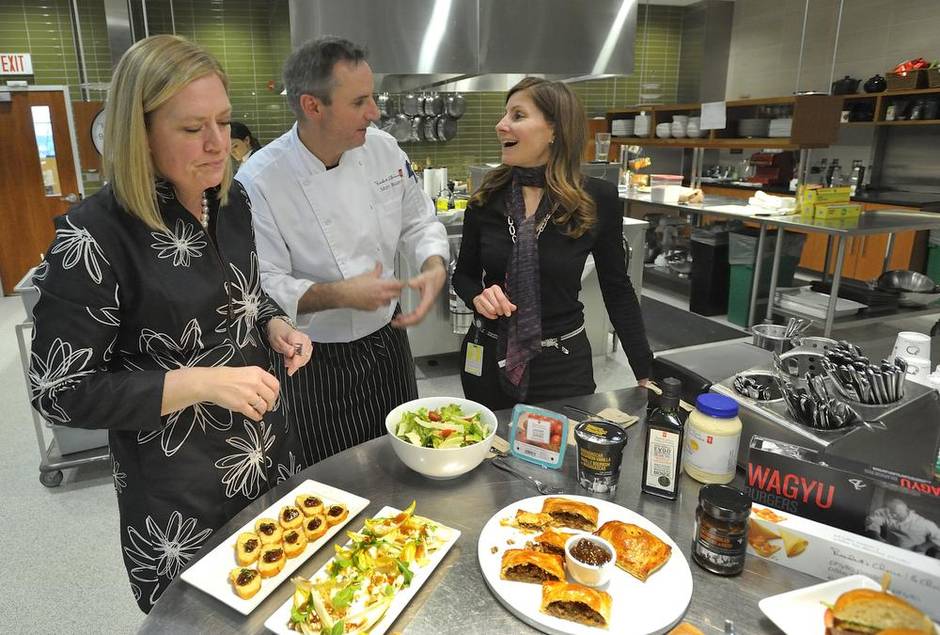 Bacon-marmalade dishes made by in-house chef Marc Ruston are tasted by Kathlyne Ross, left, Loblaw’s vice-president of product development and innovation, and Karen Jull, senior product developer. (Photos by J.P. Moczulski for The Globe and Mail) 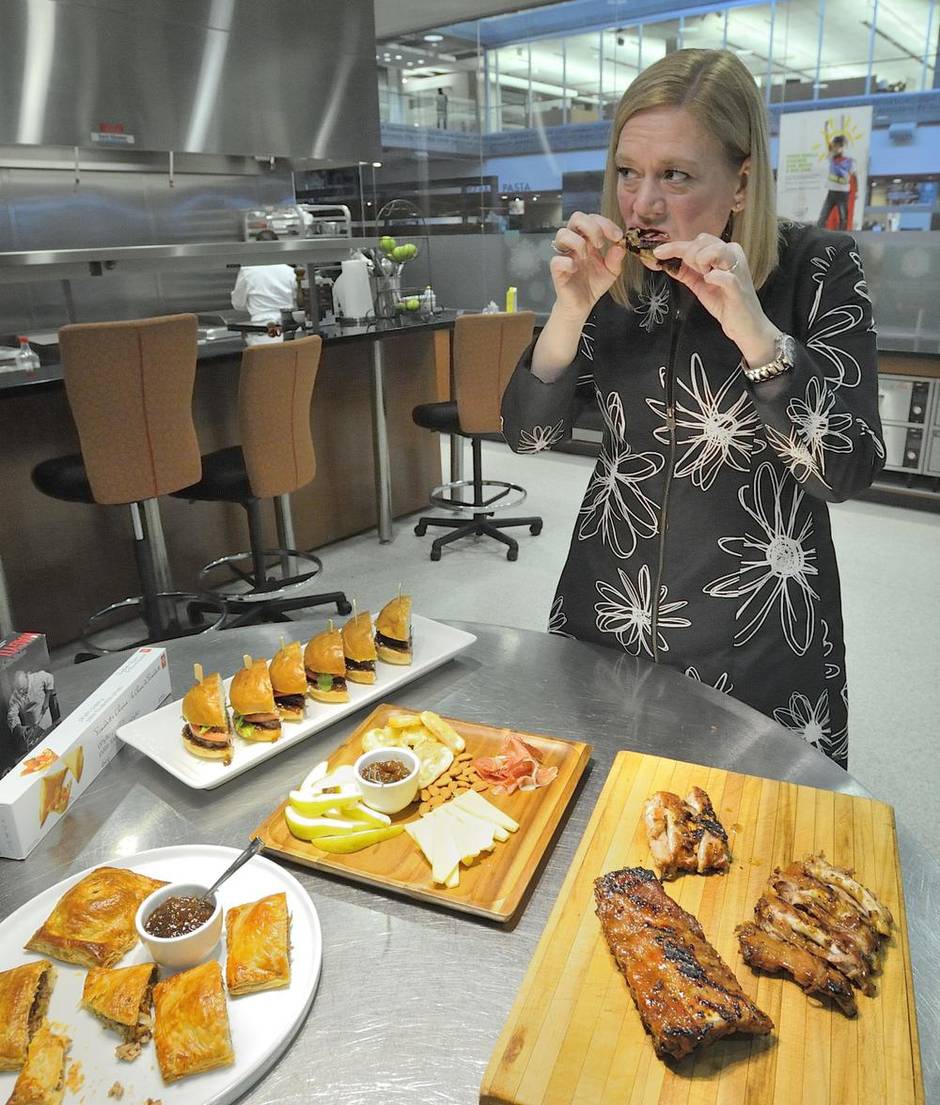 Of course there was bacon: When Loblaw Cos. Ltd. announced its premium “Black Label” line of President’s Choice products in 2011, it featured cherry Shiraz wine jelly, ginger-spiced chocolate sauce and, yes, bacon marmalade.

The private label’s entry into high-end goods was an opportunity for the grocery giant to lean on its innovative product development team. Since the heyday of the late Dave Nichol, the charming executive and pitchman who built the PC brand into consumable Canadiana, Loblaw has encouraged its in-house product developers to seek out new and adventurous flavours.

The team scours the world for new product ideas, from whirlwind artisanal bakery tours in New York to coffee-picking excursions on Brazilian mountainsides. With Black Label, the team was able to leverage this freedom to develop a whole new group of high-end foods – including their signature bacon spread.

The metric for the team’s success is clear, says Kathlyne Ross, Loblaw’s vice-president of product development and innovation: “What’s the next Decadent cookie going to be?” 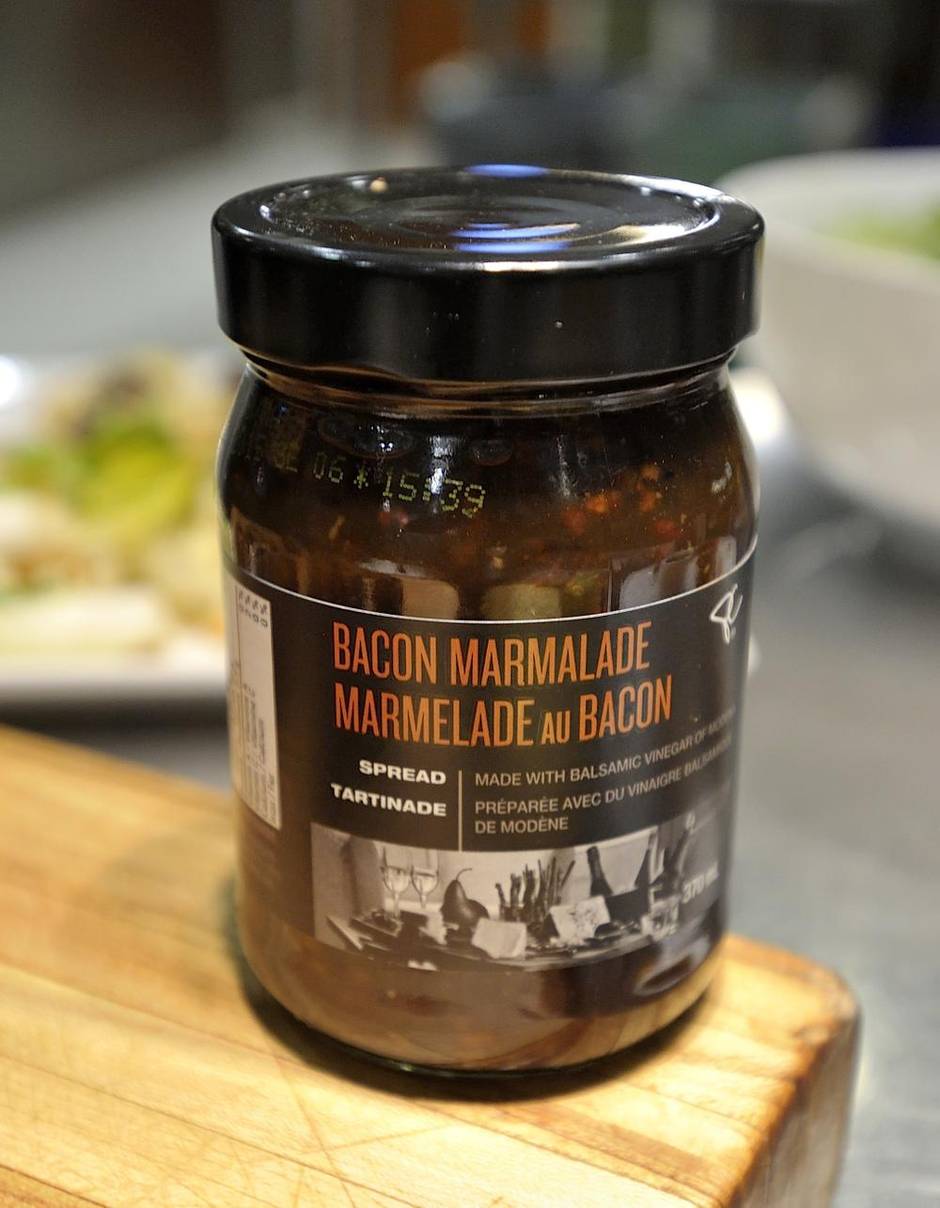 It took the product development team some time to bring the sweet-and-smoky marmalade to store shelves.

When the country’s largest grocery retailer does business, it’s big: Loblaw employs nearly 140,000 people and raked in $32-billion in revenue last year. But to keep its lucrative brands on trend and in demand, the company tries to think small, enlisting its team of 20 product developers to operate like a jetsetting startup. Their mantra is simple: scour Canada and the globe for product ideas, taking them from concept to shelf with plenty of room for creativity, failure and reinvention.

“A lot of what we do is somewhere between creativity and being a detective,” Ms. Ross says. “‘Why did this product work? What did we have to try again?’ There’s a lot of science in what we do, but sometimes you need to be creative to get the end result.”

When senior product developer Karen Jull joined Loblaw nearly 20 years ago, there were just five people on the team. As Loblaw has expanded the offerings among its private labels – among them No Name, Ziggy’s, Suraj and the ever-growing number of PC brands such as Black Label and Blue Menu – its product-development division has grown “exponentially,” she says. 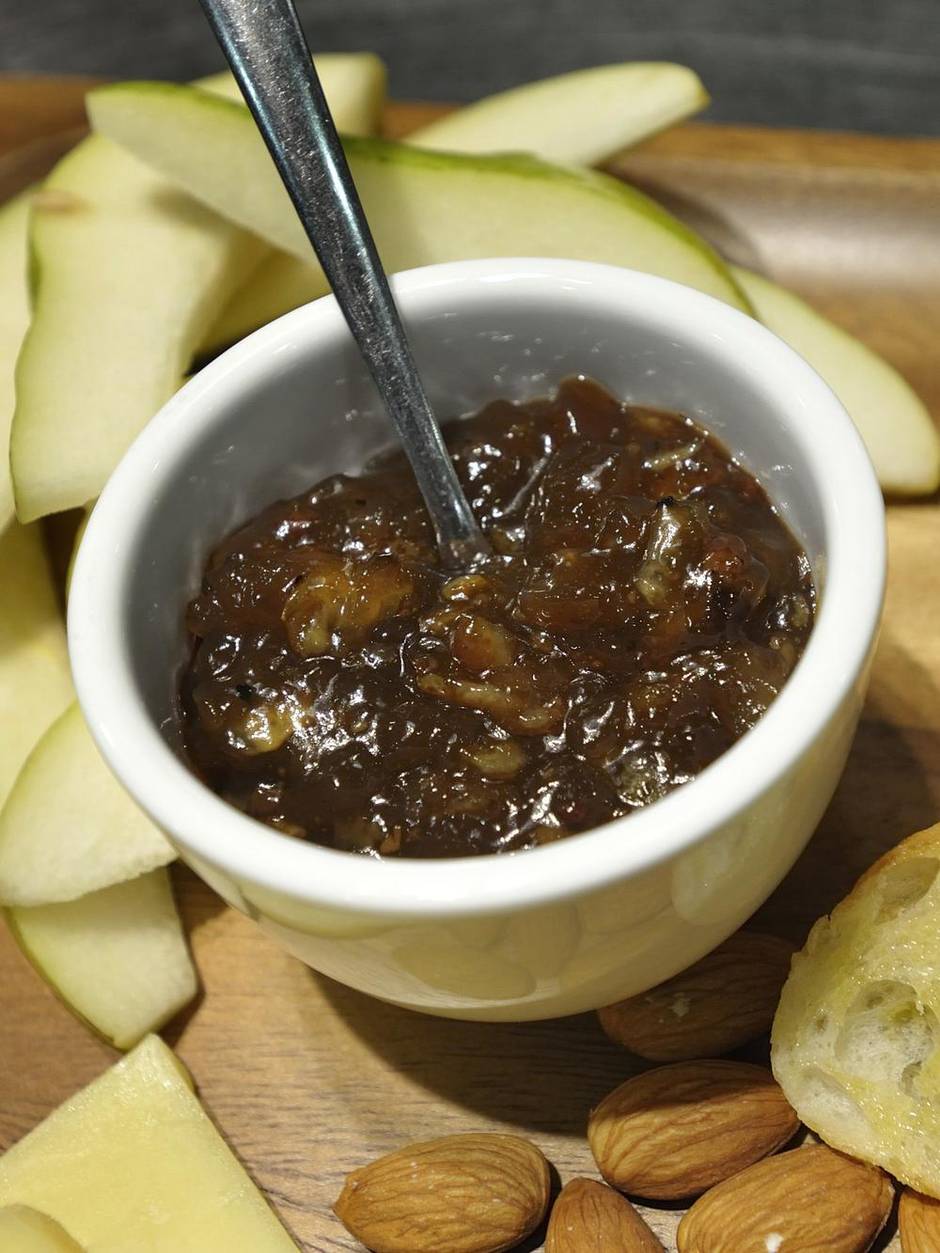 They first noticed bacon spreads at a San Francisco food fair – then came the long process to improve upon the idea.

In an interview at Loblaw’s Brampton test kitchen, Ms. Jull recalled a day trip she’d just taken to New York with various managers, including the head of the black-label category. After intense research, they took off in the morning with 40 shops in mind to visit, eventually tasting wares from 15. “We sculpted the whole trip around going to stores and seeing what’s out there,” she says. “We ended up on the plane coming home late at night just going through all the trends that we saw.” 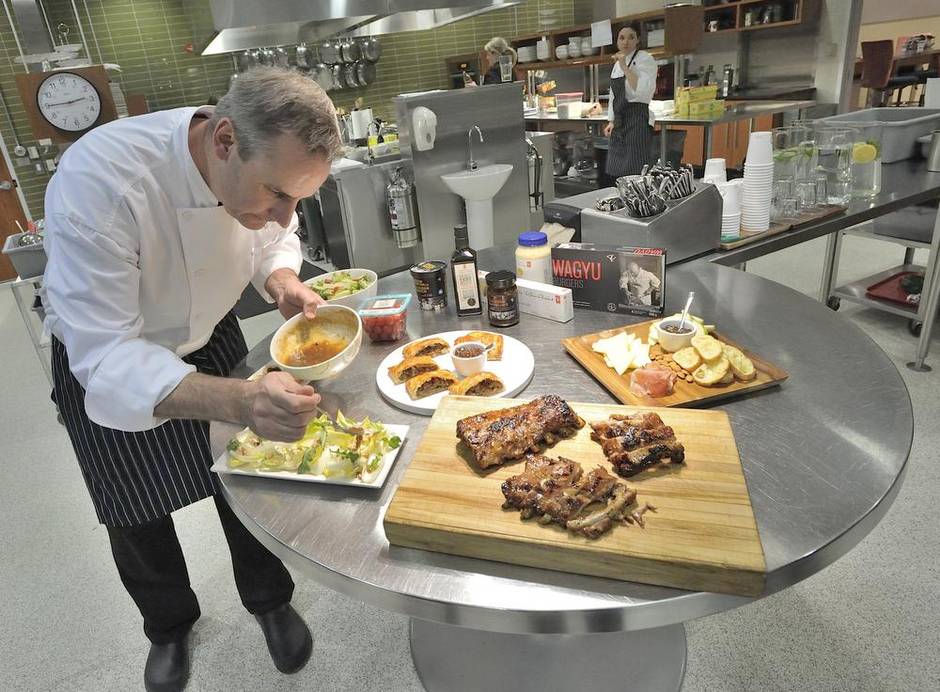 Chef Ruston works bacon marmlade into a number of dishes including ice cream. New products are given a year on the shelf to assess popularity.

Consider the ubiquitous rise of bacon, which the team tapped into for the inaugural Black Label product line.

The seeds for bacon marmalade were planted at a San Francisco food fair, where team members watched a bacon spread wow the crowd. The product developers liked it, but felt it was too simple, more purée than jam.

So they sought to improve upon it, setting in motion the long development process: Was it a jam or a refrigerated deli product? (Jam.) What manufacturing partners did Loblaw have that could make quality jam, but was licensed to handle meat? (E.D. Smith Foods Ltd.) Will they make something with a quality shelf life? (They did.) Is the sweetness-to-baconness ratio right? (Goodness, yes.)

All this required many discussions among developers, managers, and vendor R&D team members, leading to many variations before the final product hit the shelves. They’re given a year on the shelf to assess their popularity, but the sweet-and-smoky marmalade has lasted three and counting – an enduring success. 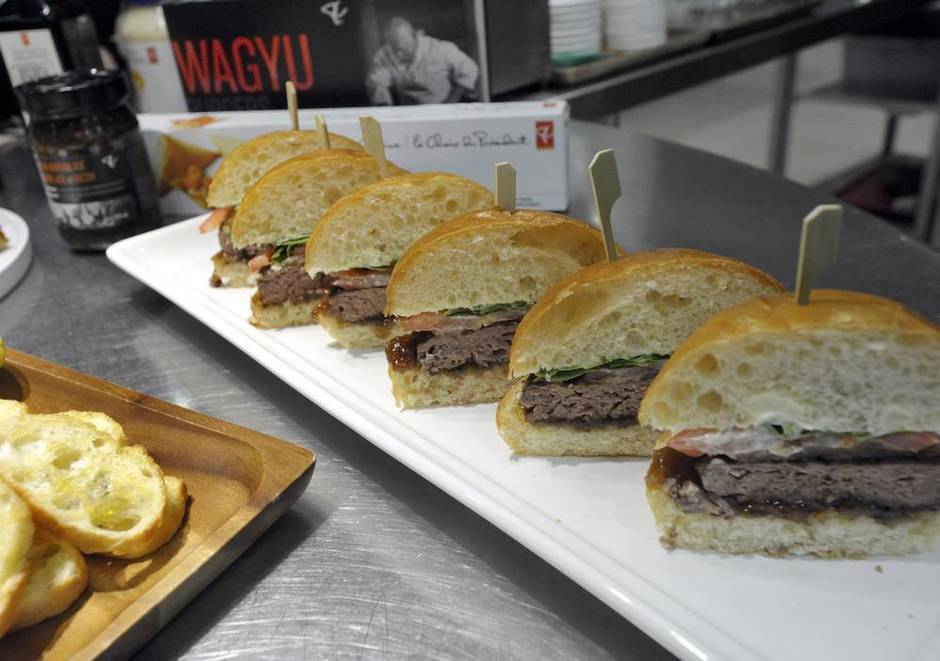 Here, the condiment is used to garnish PC Wagyu burgers. The spread has been on shelves for three years – an enduring success.

“I really applaud companies like Loblaw where they can resource these units internally that are constantly looking for the new and different,” says Elspeth Murray, associate dean of MBA programs and CIBC Faculty Fellow in Entrepreneurship at the Queen’s School of Business in Kingston. “You always need to be thinking about what’s next.”

To spur innovation, large organizations need to make room for “planned serendipity” in order to stay on their toes, Dr. Murray says. Without those moments, “You’re never going to be out there in Shanghai ﻿combing the market, looking for unbelievable sauces that you can put your label on and sell.”

As Loblaw continues to expand the scope of what grocers’ in-house brands can do, its product development team plays an increasingly crucial role in the organization. Last September, the grocer launched the foodie-first “Crave More” campaign, the biggest marketing launch in its history, and it needs a sophisticated, innovative line of foods to back it up. Many Canadians watched the campaign’s ad, starring Ms. Ross, for mushroom and truffle-filled triangoli pasta during the Super Bowl earlier this month.

“With the ‘Crave More’ message, it’s really all about what we do,” Ms. Ross says. “We have amazing recognition with our consumers – they appreciate the quality and consistency of our products. That brings a lot of loyalty to our stores, because of the PC brand. With the campaign, we get to finally cheer and jump up and down about what we actually do, because we’ve done it for so many years.” 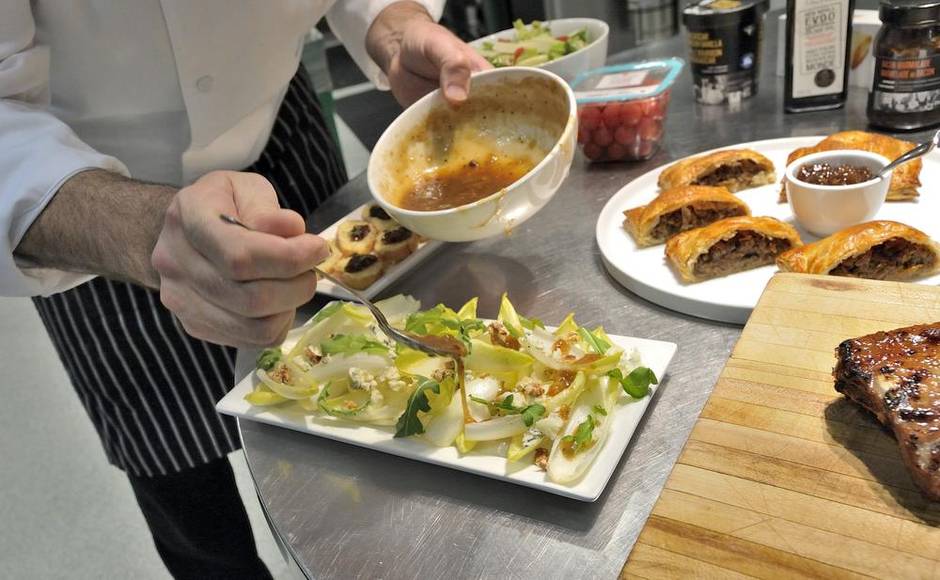