This is Part 5 in a series of interviews with the gurus of leadership and management theory.

Julian Barling is a professor of organizational behaviour at Queen's University and, in recognition of his accomplishments in research and scholarship, a Queen's research chair. A native of Zimbabwe who obtained his university degrees and later taught at the University of the Witwatersrand in South Africa, his research focuses on the nature and development of transformational leadership and employee well-being. In this interview, he talks about how leaders must focus less on grandiose actions and instead get the small-but-important interactions right, mentoring more and monitoring less.

Why do we always look for the leadership we don't have?

That seems to be a truism, and probably extends beyond the private sector to political leadership and university presidents. We look at the incumbents and instead of celebrating their strengths we focus on their weaknesses. When we select their replacements we aim for individuals who don't share those same weaknesses. We don't want to continue with the weaknesses our organization currently has, so we try to patch it up rather than build on our strengths.

When this occurs, it affects the organization. Discontinuities arise as we bring people in and break from the past. That can be good in some cases, but such discontinuities should arise because we have thought about them and want them rather than just an instinct to hire what we didn't have previously.

Does this come out of envy, or an organizational inferiority complex? What motivates this tendency?

It could be fear. This is somewhat tangential, since it applies beyond top leaders, but there's a lot of organizational literature on how if we build on people's strengths we will make them unique, and for organizations to thrive, we need really unique people in the organization. If all we do is keep removing people's weaknesses, we will end up with a whole lot of mediocre people. No organization moved forward because it was filled with mediocrity. We need to turn the focus to people's strengths, and developing those strengths, rather than trying to patch up weaknesses.

What other major mistakes are organizations making in leadership?

A key mistake is thinking that leadership is far bigger than it really is – about the big stuff, like major change programs and new strategies. Yet when researchers talk to individuals in organizations – employees and leaders themselves – about what inspires them, it's usually the smallest possible behaviours from their leaders that stand out. So instead of thinking of what is the biggest thing we can do as leaders, the challenge is to find the smallest possible things we can do that will have a meaningful impact on individuals in the workplace and their motivation to do amazing work.

What are these small things?

It gets back to the basics of human interaction. The guiding question should be: What can I as a leader do to make people feel bigger about themselves rather than finding myself acting in a way that typically make staff feel belittled and demeaned?

Here's an example: Many individuals will describe how they have been in a situation when they had a brief time to speak to a supervisor or organizational leader, yet in the middle that leader hauled out a BlackBerry and read or sent a message. Overwhelmingly, individuals will point out they feel really defeated by that behaviour.

When you have a minute of two with your leader, you want to feel that interaction is important. Yet it becomes devalued in that manner. By comparison, regular people who have met Nelson Mandela will all tell you that for the minute or two they were with him, they felt they were the most important person in his world.

Is this a bigger problem as we become busier, and feel more harried? We're not in the moment – the conversation we're having – because so much else beckons?

Absolutely. Evidence shows that as our spans of control as leaders get larger –overseeing more people – as the pressures gets greater, as our own uncertainties and fear increase, we move towards a control-oriented style, rather than a style that builds people, builds on their strengths. We have less time to engage in mentoring, so when we find time we just monitor – monitor for mistakes. Leaders revert to more of a control orientation under these pressures.

How does this play out in your research on stress?

There's much more uncertainty in the workplace these days, and more job insecurity. There's a feeling of powerlessness – what we used to be able to control, if we were high performers, may be beyond our control today. We may perform very well but the organization simply can't afford to keep us.

When people feel they are losing control, they are less productive and less healthy. Interestingly, the research shows individuals are not looking for extreme amounts of control. They are just looking for a sense that they can have some control over their own personal work. And when organizations give that control back, productivity and health goes up.

What does this specifically involve? Control over the time in which they do their work, or the manner, or the output?

It can be virtually anything. What the research indicates is that people respond best to the ability to decide how to do their own work. It's not necessarily what work to do. Employees still expect to be told what work the organization needs them to do. But they want to have some input into how that work takes place, which they should if they were well-selected and trained. There's more than sufficient research showing that when individuals have that relatively minimal level of input, the positive effects are disproportionate – quite profound in terms of productivity and in terms of health.

So managers are trying to do too much – they have to let go?

That's an excellent way to put it. To have a meaningful impact on work, managers should not be there all the time, but when managers are there they should be positive and focus on mentoring. The old statement that optimism is infectious is certainly borne out by research in the workplace. Managers have to ensure they act in a positive way, are optimistic, and focus on their staff's strengths. If they do, the likelihood is that the outcomes will be positive.

So this fits with the theories of positive psychology and the strengths-based approach?

Yes, definitely. We should be cautious with positive psychology – we need more research about its impact in organizations – but at this stage it's sufficient to know people generally respond very well to a positive approach.

My caution comes because of some research I have become aware of in the United States, not even in an organizational realm, on forgiveness, which is one of the core positive traits. Yet this showed for situations of abuse in relationships that in some situations individuals who forgive their partner make it more likely the abuse will restart quicker than in cases where people withheld forgiveness, ensuring, if I can put it this way, partners were not let off the hook too easily. This suggests some of these attributes of positive psychology are more nuanced than we thought before, but generally a positive approach will be successful.

You have carried out research on bullying. How big is this issue? What do people need to do about it, both leaders and those being bullied?

It is a big issue. I wish I could tell you how big an issue, but in the Canadian environment we lack any national or provincial statistics. However, if you go by employee reports and the responses when you write an article or give people a chance to blog on bullying it does seem to be a frequent experience in the workplace at all levels. We should not kid ourselves that bullying is something that only happens at the lowest level of the organization. It certainly happens throughout the organization and in the executive boardroom.

Organizations could do a lot more on this issue. Organizations typically don't step in soon enough. I think organizations are sometimes reluctant to place blame where it really exists, which is typically with the bully. Yet it is not infrequent to find in some bullying situations that the victim might be moved around rather than the bully gets punished.

A lot can be learned from the research and intervention on bullying in the schoolyard. There is greater progress there.

Who do you read or turn to for interesting ideas on leadership and organizational health?

In terms of leadership, it's simple: I will read anything I can lay my hands on about Nelson Mandela and other South African anti-apartheid leaders. The reason is that I grew up in that environment. I saw the incredible odds against which these people were willing to dedicate their lives, and how they made a meaningful difference in other people's lives, almost invariably at incredible expense to themselves. So for me, growing up, that became the epitome of leadership.

In terms of health and well-being in the workplace, I turn to a wonderful group of researchers in the Scandinavian countries and more broadly in European countries. For a long time they have been leaders in this field. I look at the work initially started by Michael Marmot in the U.K., who was knighted for his research that shows how harmful status inequality can be at work in certain situations. Unnecessary status distinctions can be demeaning and actually have health effects. 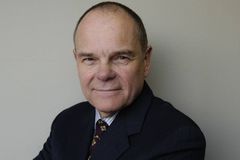 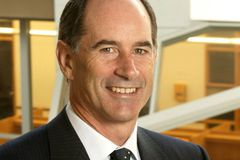 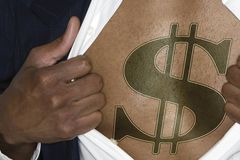 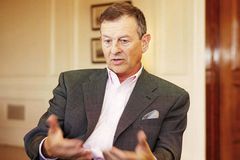 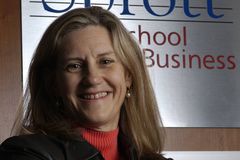 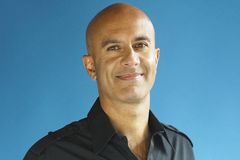