Sitting across from Leilani Farha at a corner table in Ottawa's Fauna Food + Bar, I am exhausted just hearing about her work. She's executive director of Canada Without Poverty – a think tank and advocacy group geared to the daunting task of alleviating poverty in this country. At the same time, she is also the United Nations' current "special rapporteur" on adequate housing, a position that sees her travel around the globe and comment on key housing problems and crises. Oh yes, and she also has two young children.

But the trim 47-year-old seems to have boundless energy to tackle the seemingly intractable issues that have created enormous inequality between rich and poor. At the very basic level, she says she has taken on these jobs because "I want to make change." And the UN position, in particular, is "an avenue to make change on a global basis," she says.

Still, alleviating poverty is an uphill battle, to say the least. Even in a wealthy country such as Canada there are as many as four million poor people, depending on how you measure it, and 250,000 people are homeless. In less-developed countries, the numbers are staggeringly higher.

"I vacillate between feeling like, 'Yes, with others I can make change,' and feeling like a speck," she says. "I bounce back and forth between those two positions."

Ms. Farha did not grow up poor, but she does have a background that made her keenly aware of what it is like to be an outsider. Her parents are both of Lebanese descent, and she felt some hostility growing up in a very white Ottawa neighbourhood, where "Arabs go home" was once scrawled on her family's back fence.

"That constellation of things – the Arabness, and discrimination my parents suffered and connections with the conflict in the Middle East – it informs my identity and who I am. It informs my subject positioning in the world. And certainly the dinner conversation was political," she said. "I was pretty justice-oriented from a young age."

While studying English literature at the University of Toronto, she took a summer job at a youth employment centre, and that helped tilt her toward social work as a graduate program. A combined master's degree in law and social work brought the justice, policy and politics together in one program.

Her field has taken her to Geneva, where she worked at an organization that promoted global housing rights, and to Toronto, where she ran a non-profit that tried to prevent evictions and housing discrimination. In 2012, she took the top job at Canada Without Poverty – the former National Anti-Poverty Organization (NAPO) – which scrapes by with a staff of four and financial support from individual donors and church and labour groups. At one time, the government gave it some base funding, but those days are long gone.

Ms. Farha's approach has always been to look at poverty in a human-rights framework. That means the starting point is that poverty violates a number of inherent human rights, no matter where it exists.

One of Canada Without Poverty's key positions is that this country needs to develop a national plan to cut poverty.

"The route to go is a national anti-poverty strategy that would include a national homelessness strategy, a national adequate-housing strategy, and a national child-care policy. That would be a big step, because it would be an admission that the federal government has a role to play, and that it has international human-rights obligations."

There is no silver bullet, she acknowledges, but she insists that progress can be made if there are co-ordinated efforts at all political levels – and federal government involvement, which has been lacking. It is "ludicrous" that a country such as Canada with its resources and sophistication does not have a national plan to fight poverty, she says.

Specifically, a national child-care plan would be particularly helpful for poor single parents, she says, while some kind of rent-supplement system would make a huge difference for those facing sky-high housing costs.

And while many provinces and municipalities have made a firm commitment to cut poverty, and have tried some innovative approaches, few have measurable goals and timelines, or a review mechanism, she says.

Ms. Farha also has a message for Canada's business community: Think about the impact of your decisions on low-income Canadians. Is there a way to keep high bank fees or phone bills from hurting those who can least afford them? Are you paying a living wage to your employees so they don't need to hold two jobs or make regular trips to food banks? Are you putting yourself in the shoes of your employees or customers who have a hard time making ends meet, or who are sending money back to support family members in other countries?

Ms. Farha thinks that, at the very least, Canada could eliminate homelessness. "I think that is solvable. We are one of the richest countries in the world. Even in the middle of the recession, we were still doing quite well compared to other countries. We are not in the situation of Greece, Portugal, Italy, Spain. I think we could do it, if we set our minds to it."

There is certainly more to the issue of poverty than just handing over more money to poor people, she says. While poverty is partly about a lack of funds, it really is a social condition.

"If we just give poor people money, do you think that would end stigmatization, discrimination, exclusion, etc.? I don't think so. How much money would you have to give them to have them move to the middle class, or to avoid those kinds of discrimination? The person who has been poor – let's say 20 years of poverty, or 15 years in and out of poverty with or without a disability – that stays with you and informs who you are. You can't boil it down to money."

She points out that poverty is enormously costly to Canada, putting an extra burden on the health-care and criminal justice systems, in addition to the huge amounts spent on homeless shelters and other supports.

At times, it seems incongruous to be speaking about poverty while enjoying a trendy Ottawa restaurant's lovely lunch – roasted eggplant soup and asparagus salad for her, swordfish and pasta for me.

Ms. Farha acknowledges that her personal life is middle-class, although she earns considerably less running Canada Without Poverty than she would practising as a lawyer. "I think that I have deep empathy and I am working pretty hard, with very little wages. But I am paid. I am not paid really poorly or anything."

She also appreciates – perhaps more than most people – the little luxuries of life. When our server delivers warm milk to accompany her after-lunch coffee, she says: "We live in a totally uncivilized world, but this is very civilized."

Ms. Farha's work with the United Nations has given exposure to some of the most difficult global housing issues that make Canada's seem mild by comparison.

She was appointed a little more than a year ago as the special rapporteur on adequate housing, an unpaid job, although her expenses are covered. Her task is to report to the UN on specific housing situations that arise in problem areas around the world.

Ms. Farha has so far been to Cape Verde, a tiny island nation off the west coast of Africa that is trying to implement a social-housing program, and to Serbia, where the housing issues involve refugees, migrants and a transformation of collective home ownership to a market-driven system.

She has also commented on emergency shelters for migrants in the Netherlands, and the demolition of Palestinian homes in Israel. And she made an unofficial trip to Detroit to look into the situation where water was shut off to poor residents when they couldn't pay their bills.

Currently, Ms. Farha is working on a report to the UN about housing problems in cities, as the world accelerates toward mass urbanization. That's an enormously daunting and complex issue, but she is willing to tackle it.

And, she acknowledges, despite the complex problems, there has been some progress. Canada has made a dent in child poverty, and made big steps in cutting poverty among seniors. At the same time, there is more public awareness of the massive gap between rich and poor, and how more-equal societies are often more likely to prosper than those with deep inequalities.

What's needed the most, she says, is an awareness among policy-makers around the world that everyone is part of the human family, and that they need to have real empathy with those who are suffering. She says they need to put themselves "in the shoes of a single mom with two teenage daughters who has no bathroom. [We should] try to do policy from that place."

Education: BA in English literature; a combined law degree and master's of social work. Both at University of Toronto.

On the Canada Revenue Agency's audits of charitable organizations: "I actually believe in random audits. I totally agree that partisan political activities are not acceptable for a charity. It is how [the Income Tax Act] defines what is political that is so disheartening. They say that if you do some kind of activity that could possibly lead someone to change their mind or their opinion about an issue, it is a political activity. Am I wrong that I find that frightening? My real concern is that they are stifling freedom of expression. To me, it is Orwellian." 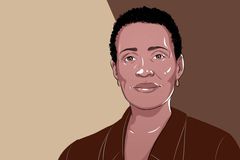 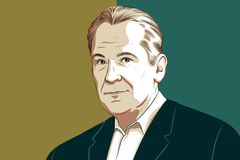 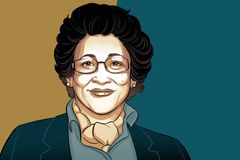 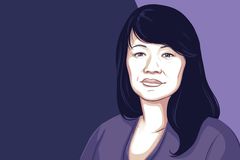