Given the essentially mundane nature of most jobs, few workers will ever live up to mission statements that urge them to "change the world."

Vint Cerf is one of the few people who indisputably has changed it. Nearly 40 years ago, he co-designed the ubiquitous TCP/IP software protocols that allow closed computer networks to communicate with each other and form a "network of networks": the Internet.

For a self-confessed Star Trek enthusiast who is working on an interplanetary Internet project with NASA and has the title of Google's "chief internet evangelist," Mr. Cerf is reassuringly down to earth. Launching an Economist technology conference last week in London, he described what he started in the 1970s as "an experiment" that continues to this day.

Would he have been more successful, or more motivated, had his bosses at the U.S. Department of Defense's Advanced Research Projects Agency (DARPA) told him to change the world? I don't think so. More important, he doesn't, either.

The distance between the task in hand and an overambitious future goal is often so great that the path is certain to be a tortuous one – and the outcome possibly different from that envisaged.

For instance, some forecasts of how networks would change business "turned out to be oddly wrong," Mr. Cerf told me. When DARPA engineers invented electronic mail in 1971, they expected travel budgets to decrease because employees would not need to meet as often in person. Five years later, travel spending had increased fourfold. Thanks to e-mail, users were working with more people, from further afield, on bigger projects. Face-to-face meetings were still needed, and they were more expensive to organize.

As Web connections continue to proliferate and speed up, the capacity for business to tackle ever larger challenges and form larger teams to meet them is increasing. So is the need to understand how to energize and direct them. Google now has 30,000 employees, compared with 5,000 when Mr. Cerf joined in 2005. Larry Page, its founder who again took up the chief executive officer role last year, has narrowed the number of products and services on which the search group is working. Yet tasks are still divided into projects that can be handled by groups of no more than five to 10 people. (Similarly, at Amazon, Jeff Bezos limits teams to those small enough to be fed with two pizzas.) This focus improves accountability and clarity – in a small group, no one can avoid pulling their weight and no one can claim they don't know what the goal is.

No grandiose mission statement is needed to motivate such teams. I've written before how even quite small advances towards a goal energize staff, provided they are granted autonomy and the work itself is rewarding. Meaningful work doesn't have to be about outlining the meaning of life. Mr. Cerf says he believes "the best way for the 'next big thing' to happen is [for teams]to be challenged to solve a previously unsolvable problem."

He cites Google's attempt to devise a self-driving car. But the engineers who were told to put a man on the moon, the technicians who rose to Ratan Tata's challenge to produce a "one-lakh" car for India, or the scientists hunting for subatomic particles at the Cern Large Hadron Collider were also pointed towards a practical, clearly stated goal.

Mr. Cerf was followed on to the podium at last week's conference by another veteran engineer and inventor, Bran Ferren, who told the audience how having "a passionate vision about what you think will change people's lives."

But Mr. Cerf responded, quietly, that in laying the foundations of the Internet, he and his colleagues "weren't driven by a belief we were going to change the world; we were driven by a desire to solve a particular problem."

Many bosses hope to inspire their work force to aim high. Mr. Page is one of them. There's nothing wrong with that. As Mr. Ferren warned, "it's possible to aim low and miss." But to work doggedly towards a single, defined objective is noble, whether or not the task is larded with extravagant claims about its potential impact. I favour more missions, but fewer statements. And who knows, 40 years on, today's humble problem solvers might find themselves lauded as the founding fathers of the next big thing.

Corporate war for talent is being waged worldwide
February 14, 2012 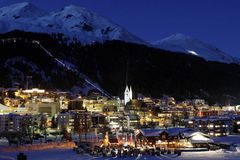 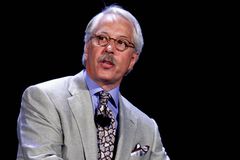 A balance of innovation and efficiency
March 11, 2012 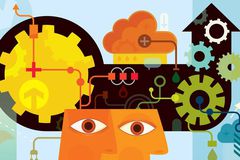 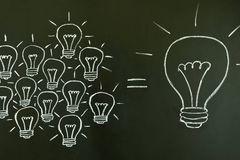 A futurist's lookahead: Jim Carroll on trends to watch
January 1, 2012 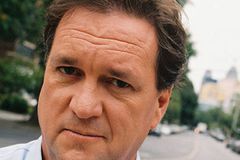 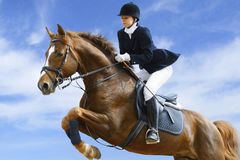