It is a privilege asserted by celebrities. On occasion, before you sit down with a movie star who is in the midst of a troubling personal situation - say, an action hero in marital meltdown from too much action on the side; or a starlet recently sprung from the clink after a spot of shoplifting - a personal publicist will pull you aside and try to insist you not ask "personal questions."

But what is to be made of an international economist who begins a conversation with the same suppressing stipulation? The other day, the author Dambisa Moyo was still settling into a banquette at the French bistro Le Select in downtown Toronto to discuss her new book, How the West Was Lost when she said, "I don't know whether they told you - I suppose it depends where the conversation goes - but I don't do personal."

What does that mean? "My whole personal life. I just don't think it's relevant or interesting."

Is Ms. Moyo being coy? Willfully naive? For her status - indeed, one might say her celebrity, or her brand - is indubitably due in part to her unusual biography.

Two years ago, she became the It Girl of the popular economics press for her first book, Dead Aid, which argues that development aid to Africa had bred corruption and dependence on the West. While a number of Western thinkers had made the same case, here was a native daughter of Zambia finally giving them cover from accusations of racism and stinginess. Forbes ran an excerpt. The New York Times called her "the anti-Bono." Time magazine put her on its list of the world's 100 most influential people of 2009. The book became a bestseller and was translated into Chinese, German, Greek, Italian, and other languages.

Born in Lusaka, Ms. Moyo, 42, spent her early years in the United States, where her father earned his PhD. The family returned to Zambia when she was 8 years old. Her mother took a job in banking, eventually becoming the chairwoman of the state-owned Indo-Zambia Bank; her father heads a local anti-corruption organization. At age 19, Ms. Moyo followed her parents' expatriate inclinations, leaving Zambia to work at the World Bank. She received a masters of public administration from Harvard's Kennedy School of Government, an MBA in finance at the American University in Washington, D.C., and a doctorate in economics from Oxford University.

After working about eight years for Goldman Sachs in capital markets, primarily conducting bond issues for emerging economies such as Turkey, South Africa and Israel, Ms. Moyo left the bank upon the publication of Dead Aid to pursue life as a public intellectual.

If it seems a glamorous existence, it can also be gruelling. Before her 24-hour stop in Toronto, she'd been on the road for six weeks. Still to come in the next seven days was Ottawa, Boston, New York, Houston, Bogota, Cartagena and Atlanta. She wouldn't be home in London for another week after that. A cold she'd picked up along the way was sapping her energy and appetite, leaving her poking dutifully but without enthusiasm at a goat cheese omelette.

While her new book is causing a stir, the bulk of the crowds flocking to hear Ms. Moyo - including about 150 at the University of Toronto's Rotman School of Management on the evening before this lunch at Le Select - want to talk about Dead Aid. And though she's adept at conspicuously dropping the titles of both her books into conversation, she still seems more animated by the issues in Dead Aid than in discussing how the United States could recover from decades of fiscal mismanagement, the subject of How the West Was Lost: Fifty Years of Economic Folly - and the Stark Choices Ahead

She says that may be because "there's much more discourse around the things in the second book." Nevertheless, she says she doesn't think people in the United States "really understand how bad it is." (She was speaking before this week's credit downgrade warning from Standard & Poor's vaulted the U.S. national debt back into the news.) How the West Was Lost offers a greatest-hits package of the policies that have helped put some of the world's largest economies in a historic bind: cheap money, a preference for consumption over investment, a gutting of the public education system, and the Ponzi-like schemes of unfunded public pension liabilities. (She writes of "Western economies," but her focus really is the United States.) The book argues that, unless the West takes drastic measures, it will be surpassed by the emerging economics of China, India, Russia and Brazil.

Ms. Moyo says the two books are joined by the theme of unintended consequences: Just as billions sent to Africa helped create a culture of corruption, misaligned incentives for home ownership created a devastating housing bubble in the U.S. While she believes it is the place of government to create a strong regulatory environment that allows appropriate incentives to flourish, she disagrees with government itself creating those incentives. "I do not believe in any forms of policies where I fear that government gets involved and alters, manipulates - in any manner - encourages us to make different decisions than we otherwise might have," she says.

While that may seem sensible enough, How the West Was Lost has received some withering reviews, including a critique by the Economist that noted numerous factual errors and one by the Financial Times' international economy editor that suggested Ms. Moyo deployed "distortions and inventions" to justify her extreme theories.

Hard to pin down

But though she says she writes her books to draw people into a debate and persuade them "based on logic and evidence," it can be frustrating to try to divine her exact position. The cover of her new book features a U.S. $100 bill with a picture of Mao Zedong in place of Benjamin Franklin, but when asked about the rise of China, she says, "I just think there's almost an overobsession with what's going on with China."

And while she decries the sound-bite-oriented culture that makes it difficult for a national government to have a mature, honest conversation with its citizens about economic priorities, she concludes How the West Was Lost with four scenarios that seem designed to attract shocked attention, including what she argues is a strong possibility for the U.S. to default on its debt.

But when pressed on the relative likelihood of each scenario playing out, she offers a mild defence of their inclusion in the book. "Policymaking is not absolute science," she says. "Who's to say? If I say, doggedly, 'Oh, the U.S. is never going to recover' - they could tomorrow change their policy stand and become much more aggressive on education and energy policy, and the outcome would be completely different."

Still, there is only a single moment when lunch turns notably awkward. While discussing her work at Goldman, I ask, off-hand, "Good money?"

"What does that mean?" she replies, her vowels tightening up. "Is there a threshold?" I explain that investment banking has a reputation of attracting people interested in making money. "I didn't go there for the money," she says. And then, an upbraiding: "I lived in the U.S. for 15 years, and 11 years in Europe, and I've always thought it was bordering on bad manners to ask people about their incomes or how much they earned."

Talk turns to other matters: her extensive travel through Asia, how often she gets back to Zambia to visit with her family, and her position as a non-executive director of multinational companies. Last year she was appointed to the board of Barclays Bank, becoming the only woman in that position. She is also a board member of SAB Miller. "It's a global company. A big chunk of the bottom line comes from the emerging markets, that's my background," she explains.

"My remuneration is public," she adds wearily. "In case you want to know."

How The West Was Lost: Fifty Years of Economic Folly – and the Stark Choices Ahead, by Dambisa Moyo
April 11, 2011
The pitfalls of celebrity do-gooding
April 9, 2011 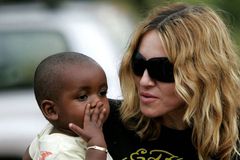 The politics of laughing at politics and politicians
March 3, 2011 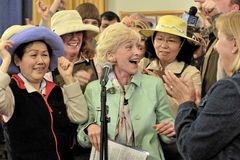 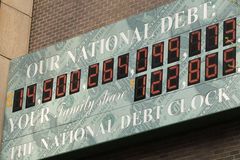