The cause: Daughters for Life Foundation

The reason: To fund university scholarships for women from the Middle East

Bogumila Anaya had been working in the field of international education for 15 years when she stumbled upon Dr. Izzeldin Abuelaish a couple of years ago.

Dr. Abuelaish had started Daughters for Life, a Toronto-based organization he created in memory of his three daughters and a niece who were killed by the Israeli army in 2009 during a raid in Gaza. Dr. Abuelaish, who is Palestinian, came to Toronto after their deaths with his five remaining children (his wife died of cancer before the attack) and set up the foundation to fund university scholarships for women in the Middle East to study in Canada, the U.S. and the U.K.

Ms. Anaya was intrigued and eventually joined the board. Last year she chaired the foundation's annual gala in November which raised $80,000. "It's a fascinating organization to be part of," said Ms. Anaya, who runs a consulting business in Toronto with her husband. She's now working on a mentorship program and hopes more Canadian universities will partner with the foundation.

Last year the organization awarded 35 scholarships, up from 23 in 2016 – and it's hoping to fund more this year. "Our goal is to create a long-term strategy for peace in the Middle East through education – one girl at a time," she added.

Father founded a fundraiser in tribute to son’s friend
January 5, 2018 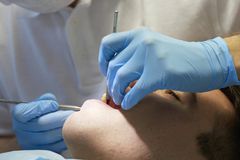 Education: The gift that keeps on giving
May 8, 2019
Follow Paul Waldie on Twitter @PwaldieGLOBE
Report an error Editorial code of conduct
Due to technical reasons, we have temporarily removed commenting from our articles. We hope to have this fixed soon. Thank you for your patience. If you are looking to give feedback on our new site, please send it along to feedback@globeandmail.com. If you want to write a letter to the editor, please forward to letters@globeandmail.com.
Comments are closed