David Dodge is not inclined to hold his tongue.

Three years after he retired as Governor of the Bank of Canada to take up the life of a corporate director and law firm adviser, the plain-spoken Mr. Dodge has emerged as a stern voice of economic reason in a time of financial upheaval.

There are no shortage of economic critics in these difficult times, but what makes Mr. Dodge a unique scold is that he is the former head of the Bank of Canada, a sober institution from which leaders are expected to retire into quiet obscurity. He has not only broken tradition with his predecessors, but he is also something of a maverick in his Ottawa home base where public sector voices have gone quiet under the Conservative government.

During a recent early morning breakfast meeting in the Toronto office of his law firm Bennett Jones LLP , he says it is "unfortunate" that most senior civil servants have "hidden a bit," from the long-standing tradition of speaking their minds about public policies in speeches, public hearings or committee sessions.

"I believe that Canadian citizens are more intelligent and more able to deal with things than the political operators believe. The foundation of a good public policy is really an open dialogue and open debate."

That discussion has never been more important than today, he says, because trust in public and private sector institutions has been shaken by three years of economic turmoil.

"People are searching for the right answers," he says.

Anyone who plans to share a meal with Mr. Dodge should probably eat first. He unleashes such a torrent of thought-provoking and passionate arguments that food becomes an afterthought. Which is another way of saying that muffins prepared for our morning meal will remain wrapped on his desk and the fighter pilot black coffee mostly untouched.

Sporting the standard civil service outfit of khaki pants, blue jacket and brown shoes, he serves up an unusual blend of tart critiques wrapped in such folksy exclamations as "Holy Smokes!" or "That's bananas." Close your eyes and you could be listening to an episode of A Prairie Home Companion.

What's bananas in Mr. Dodge's book is a lack of global co-operation and "stupid" political theatrics, particularly in the United States, which are preventing the world's leaders and financial authorities from getting on with the business of fixing global economic imbalances. The global co-operation that worked so well during the 2008 meltdown, he says, has "lost momentum."

At the same time, the list of economic ailments is growing. China's currency is artificially low. In Europe and North America, households are bogged down by debts, job growth is stalled and governments are burdened with too much debt. Add it all up, he says, and "clear and real economic growth is not in the cards for some time."

How bad will it get? To this question, Mr. Dodge responds with another: "Are we in North America and Europe facing a Japanese decade?" The question will not be directly answered, but his implication is clear: Most of the industrialized world is a long way from economic recovery.

Canada has been insulated from the worst of the economic carnage, thanks to its strong banking system and robust GDP, but he sees tougher times ahead. Much of the country's resource-based economy has been stoked by strong commodity prices, which "won't go on forever" as global economies sputter.

A more intractable problem is the country's waning manufacturing base in Ontario. The underpinnings of the province's core industrial sector have been eroding for decades. Plants here can't compete with the lower wage markets of the Southern U.S. states and emerging countries. Compounding matters, long-term investment in more efficient plants and equipment has been anemic. The deterioration was masked for years by the competitive advantage of a depressed loonie and overheated demand in the United States, particularly in the past decade.

Given the current strength of the Canadian currency and fragility of the U.S. economy, he says, "we in Ontario are in an extremely difficult position."

The worst of it, he says, is that none of the province's three political parties appear willing to admit that jobs and corporate tax revenues are at potentially at risk. More disconcerting are the absence of viable economic strategies and incentives to attract manufacturing investment.

His most pointed criticisms are directed at Ontario's three political leaders who are campaigning for an October election. Each leader, he warns, is promoting "impossible" economic plans that unrealistically promise lower taxes and improved services for a province that he believes is facing a shrinking tax revenue base.

"Whoever wins will be seen to have lied to the public," he said.

It was this kind of sharp criticism that earned Mr. Dodge his first job in the federal public service in the early 1970s. Back then, he was an economics professor at Queen's University who had a lot to say about the federal government's indirect subsidies to workers in the Atlantic provinces. At the time, the system allowed workers to claim unemployment benefits within weeks of losing work, reducing the incentive for people to look for jobs. "I was very upset. … It was nuts."

Listening to his barbed analysis was deputy finance minister Simon Reisman, who hired him as the first employee in the department's new social policy division. One of his mandates was to rethink the federal unemployment insurance system.

It was the beginning of a three-decade career in public service that would see Mr. Dodge tackle some of the country's thorniest economic issues, including inflation, tax reform, free trade, and Canada's 1976 entry to Group of Seven leading industrialized countries. By the time he was appointed Governor of the Bank of Canada, he had served as a deputy minister in the Finance and Health departments for 11 years.

For most Dodge watchers, his biggest accomplishment was his work with in the 1990s with then-Finance Minister Paul Martin to balance Canada's bloated federal deficit. He says the politically fraught assignment of cutting federal costs would not have been possible had then-Prime Minister Jean Chrétien not had "the trust of Canadians that he was doing the right thing by pursuing fiscal restraint."

That trust is even more important today if provinces such as Ontario have a hope of imposing the government service cuts and rolling out economic incentives that he believes are necessary to rebuild its aging manufacturing sector.

"I'm the last person to sound all gloom and doom, but I think governments can only do difficult things in public policy if they have the trust of the people."

Born in June, 1943. The son of a Toronto shoe polish manufacturer, he got his first job working in the factory's payroll office.

He and his wife Christiane, a retired civil servant, have two daughters and three grandchildren. They have a home in Ottawa, an apartment in Toronto and farm in Perth, Ont.

With a PhD in economics from Princeton, he began his career as an economics professor at Queen's University in 1968. His sharp criticisms of federal unemployment policies earned him a job in 1972 as a researcher with the Department of Finance. He spent most of the next 36 years in Ottawa rising to senior posts in a variety of departments including Deputy Minister of Finance. In 2001, he was named Governor of the Bank of Canada.

Eight months after leaving the Bank of Canada in 2008 he accepted a job as an adviser to the national law firm Bennett Jones LLP. Shortly after that, he was named Chancellor of Queen's University. His boardroom posts include Bank of Nova Scotia and Canadian Utilities Ltd. He is a co-chair of the International Institute of Finance and a member of the Central Bank of United Arab Emirates' advisory council.

His favourite place to unwind is his sprawling farm in Perth where he and his wife spend most weekends. Although he no longer breeds cattle, he keeps busy repairing fences and cutting hay. His hobby is carpentry and cabinet making. His most recent creation was a maple and cherry coffee table.

"You sleep better at night because you're not carrying the burden of it."

On what he misses about the Bank of Canada

"There is a huge difference. At the bank, I had 1,200 staff who were incredibly competent and diverse. Now I have one person, an economist, working with me."

On the need to be vocal about economic policies

"During my time in the public service, I spent a lot of time talking in public to committees of the house and other forums. It was expected. At the time, it was part of the job. It is unfortunate that today that seems to be less the case federally."

On the U.S. economy

"There is incredible political stupidity in the United States with this debt-reduction panel. It should take six to 10 years to fix the fiscal problems, but they are doing it too rapidly."

Michael McCain's got a stomach for change 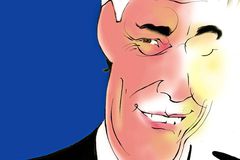 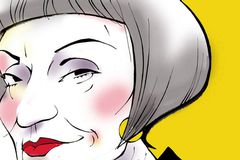 Michael Smedley: A stiff upper lip, and a tight ship 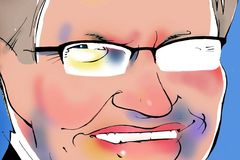 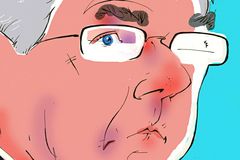 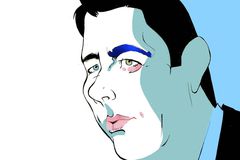