Any doubts about Eileen Mercier's ability to manage a life crammed with half a dozen boardroom posts, nine children and 20 grandchildren are dispelled shortly after she steps into her elegant Toronto condo.

Delayed by a faulty parking door at Ontario Teachers' Pension Plan, the chairwoman of Canada's third-largest pension fund quickly makes up for lost time by getting down to business in her kitchen. Hands are washed and a battery-operated can opener is put to work beheading tins of tuna while she pulls mayonnaise, bread and lettuce from the fridge.

As Ms. Mercier gathers plates and assembles sandwiches, she rhymes off decades-old details about her upbringing and career. She pauses only to wag a finger when sharing some wisdom.

"My mother always said if you want to get something done, give it to a busy person," she said of the former operating room nurse. "It's all about multitasking."

The kitchen is Ms. Mercier's control room. It is where she cooks large family dinners for more than 20 on Sunday nights and keeps a small wooden desk to manage her work at Teachers and five other boards. She has opted for a lunch interview here for the practical reason that most of the city's restaurants are "too noisy, you can barely hear anything."

And Ms. Mercier likes to be heard. She has made her mark as a forthright financial executive who, behind the scenes, has stood up to some of Canada's most adventurous entrepreneurs, including Reichmanns and Aspers, pushing them to downsize, restructure or refinance their leveraged businesses. For the past 16 years, she has been a blunt and vocal conscience on more than two dozen boards, challenging executives and directors when she believes salaries are exorbitant, financial results opaque or corporate behaviour too risky. Since 2007 she has chaired Canada's most rambunctious pension fund, Teachers, which frequently signals its corporate displeasure by selling or preparing to sell such underperformers as BCE Inc. and Maple Leaf Sports and Entertainment Ltd.

In the clubby world of Canadian business it is rare to see a prominent director break ranks. It is particularly unique to hear the criticism emanate from the small and self-conscious ranks of female directors. To Ms. Mercier, however, it is her status as an outsider that frees her to challenge boardroom orthodoxy.

Although she rarely speaks to reporters, in the winter of her 41-year career, she is becoming more outspoken about failings in corporate governance. When she was honoured with a Corporate Directors Fellowship Award in 2009 at a Toronto dinner, she deflected the praise and startled hundreds of assembled directors and executives by chastising the boardroom community for failing to avert the global financial crisis.

"We have experienced a governance failure of unheard-of proportions … The public at large clearly wants answers from us and wonders why we didn't see what was coming and take steps to avoid it," she told the elite corporate gathering.

Nearly two years later, she curls her hands into tight fists when recalling the speech. "I was angry," she said. "I thought that given all that had happened in the crisis not enough blame or responsibility had been attributed to the boards. I felt it needed saying that some of the things were preventable and should have been prevented, and they weren't."

Ms. Mercier has never been a shrinking violet. She credits her late father, a flinty RCMP officer, and mother, a former nurse, "both of them very tough people," with teaching her inner fortitude. When things got tough she says her father quoted the line "this isn't cricket" from the Second World War prison camp film, The Bridge on the River Kwai.

"There isn't a day that goes by that I don't think of him and the way he faced things," she says.

Initially Ms. Mercier applied her discipline to decoding such ancient languages as Old Norse as a graduate student at the University of Alberta. Turned off by the "politically charged" academic atmosphere, she parlayed her language skills into a job in 1970 as a writer for a monthly magazine published at the time by the Toronto Stock Exchange.

In 1972 she left the "dead end" writing post for a career as member of a new strategic team at Toronto-Dominion Bank. Then the runt of Canada's Big Five banks, TD was also the most adventurous, meaning it was willing to bet that a rare female professional with limited experience was a good fit in its new venture capital division. At the bank, she says "I was a bit of an oddball."

TD Bank was so "anxious" about its experimental investing in start-up companies that it insisted she and other portfolio managers sit in on the board meetings of every company the bank was betting on. The front row seat gave her insights into boardroom conduct and governance while she was only in her twenties. It also taught her the importance and art of raising capital to keep the companies in business.

When she left the bank in 1978, Ms. Mercier had completed an MBA and married her first husband, Ernest Mercier, one of the bank's rising stars. While he advanced to become one of the bank's top executives (he died in 2002), Ms. Mercier built a career as a finance executive with some of Canada's most capital-hungry companies, including CanWest Capital Corp., Gulf Canada Ltd. and Abitibi-Price Inc.

At CanWest, Ms. Mercier oversaw the new company's U.S.-based pay television properties and talked herself out of a job when she convinced Izzy Asper that the U.S. television model didn't fit with CanWest's strategy. "It was very hard for him to let go of anything … He didn't want to get rid of anything even though that company deserved getting rid of."

The toughest assignment in her career came in 1987 when she was appointed treasurer of paper products giant Abitibi-Price Inc. "I didn't know enough about the business to know that from the moment I walked in that things were going to get worse."

What she discovered was a highly fragmented industry saddled with aging facilities and insufficient capital to meaningfully invest in modern and efficient equipment. Complicating matters were spiralling debts at the company's controlling shareholder, the Reichmann's Olympia & York Developments Ltd., which filed for bankruptcy in 1992.

What followed, Ms. Mercier said, was the "miserable business" of shrinking Abitibi-Price by selling divisions and chopping jobs. "You take it to heart, it is very hard to go through any of these things and not be affected."

When the job was done in 1995, Ms. Mercier formed her own management company, named Finvoy, after her father's Irish birthplace, to begin a new career as a corporate director.

She says directors today are much more serious and informed about their companies, but she says "it is a much harder job today" to be a director because businesses have become so much more complex and stakeholders more demanding.

Stealing a glance at her watch, she stands up, sweeps dirty plates off the table and gathers her belongings to head for another board meeting downtown.

Breaking into a broad smile, she tartly remarks: "This isn't cricket."

Born in Toronto in 1947, and raised in Owen Sound and Sarnia, Ont., where her father, a plainclothes RCMP officer, was posted.

Her first husband, Toronto-Dominion Bank executive vice-president Ernest Mercier, died in 2002. In 2008 she married Chuck Hantho, retired CEO of Canadian Industries Ltd. and Dominion Textiles. The couple share nine children and stepchildren and 20 grandchildren ("We have more birthdays than you can shake a stick at"). The couple has a condo in Toronto and a country home in Quebec.

After a brief foray as a writer for the Toronto Stock Exchange in 1970, Ms. Mercier was appointed a portfolio manager at TD Bank's new venture capital arm, the first building block in a lengthy career as a finance executive and director at dozens of leading Canadian companies.

In addition to her post as chairwoman of Ontario Teachers' Pension Fund, she is a director of CGI Group Inc., ING Bank of Canada, Intact Financial Corp., Teekay Shipping Corp. and University Health Network of Toronto.

Joined paper-products giant Abitibi-Price in 1987 just as the fragmented industry was heading into a prolonged slump due to increased global competition, heavy debts and aging facilities. Ms. Mercier was part of team that had to sell and shrink divisions to keep the company afloat.

"You take it to heart. It is very hard to go through any of these things and not be affected. It is depressing … I had a very understanding husband who had his own big job, the kids were wonderful and patient, even though I had to reintroduce myself from time to time."

A life-long seamstress, she is currently sewing a christening gown for a granddaughter.

Kevin Page: Bean-counter with a backbone
April 29, 2011
Dambisa Moyo: A serving of controversy with a side of disdain
April 22, 2011 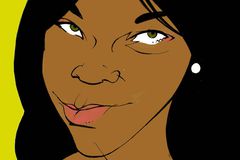 Don Lindsay learns to keep his appetite in check
April 15, 2011 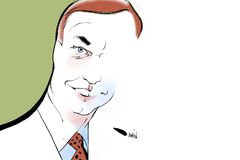