Jordan Banks knew he had a problem the minute Destroyer hit the stage and everyone at his 40th birthday party pulled out their smartphones.

The managing director of Facebook Canada hired the Kiss cover band, which sounds and looks remarkably like the aging rockers, to play in a bar for a few dozen friends. He thought it would be fun to keep the band's identity a secret until they hit the stage, but didn't consider what would happen when the curtain rose and Destroyer launched into a blistering version of Detroit Rock City.

"I looked around and people were on Facebook and Twitter," he says. "They're all writing things like 'Oh my God, I'm at a party and Kiss is playing.' I had to go around telling people the truth and asking them to pass it on – I didn't want to see the place swarmed by Kiss fans."

He realizes now that it was an incredibly powerful lesson about the nature of social media: It is a fantastically efficient way to spread information, but sometimes you need face-to-face communication if you're going to get if you're going to get something done right. It's a lesson he has taken to heart as he tries to convince Canada's largest corporate brands to embrace Facebook Inc.

It's not that the service, which has more than a billion users, isn't popular. But the social media giant has had well-documented difficulties explaining to the world how it will make enough money to justify its $69-billion (U.S.) valuation. There is great promise for Facebook's dream of individually targeted advertising, but technological challenges (such as figuring out a way to serve up ads to mobile users) and trust issues have dragged down its shares since hitting the open market in May.

That's not to say companies haven't found ingenious ways to engage their customers through the social network – Mr. Banks points to Target Corp.'s use of Facebook to dispense $1-million ($100 at a time) to causes chosen by the retail giant's Facebook fans. But there's a lot of work to do in Canada, and most of it involves convincing large corporations that Facebook is finally in the same league as mainstream television and print media.

"At eight years old, Facebook is not a new thing," he says. "But the commercial piece for brands is really just emerging in the last two years. In 2010, they [companies] wanted to test. In 2011, they said the test results were good. In 2012 and beyond, I think they will say Facebook needs to be a fundamental piece of almost everything that they do."

While his name isn't at the top of the Palo Alto, Calif.-based company's list of executives and doesn't make it into the quarterly reports, Mr. Banks holds a deceptively powerful post within the larger corporation. Facebook has divided its international operations into five districts (Canada, Asia Pacific, Europe, the Middle East/North Africa and Latin America), each run by its own managing director.

That means that Canada is the only country in the world – other than the United States – that has its own dedicated manager. Mr. Banks attributes the company's faith in the country's business potential to high adoption rates when Facebook was still relatively new, the availability of high-quality Internet service, and the vast geographic distance between users who want to connect with friends on the other side of the country.

"For our size," he says, "we get a disproportionate amount of attention."

In a country of 35 million, 12 million log on to the site every day, and data-tracking firm ComScore has reported that four of every five Internet users in the country have accounts. Canadians even have more friends than users in other countries, averaging about 230 each versus a global average of 130 (Mr. Banks has more than 1,200, but insists he only adds people he's met in person or at least with whom he has some sort of relationship.)

Of course, it's impossible to have a conversation with a Facebook executive without asking him about his work friends. As Mr. Banks sips at his water and picks at some pasta, I try to get an insider's take on 28-year-old Facebook founder Mark Zuckerberg.

Do they talk about movies and head to the local bowling alley when they find themselves in the same city? Maybe drinks at a nearby pub?

"He's an incredibly focused individual and it's incredible to watch him during meetings," he cautiously offers. "But, no, it's not like we'd go bowling together or something."

There's one other awkward question that also needs to be asked. Given Facebook's hugely anticipated initial public offering – which fell far short of expectations but still made many an insider rich beyond their wildest dreams – is he now on the list of Canada's wealthiest business executives?

He's clearly uncomfortable with this question, even though I tell him I will buy lunch regardless of his answer. So I try to help him along by rephrasing the question as a multiple-choice quiz (a decent amount, a million, a few million, a bazillion) but he's suddenly spending more time than usual looking out the window.

"Okay, fine, definitely not a bazillion," he finally answers, before diverting the conversation to how the company has changed since its public debut. "The main difference is now we need to spend more time focused and less listening to the noise. People take all these numbers that come out all the time, which may or may not be relevant, and write stories about them. The concept of focus is more important than ever."

Personal questions about money are often offside in an interview, but I figure the conventional rules don't apply when you're talking to someone whose company's very existence is based on gathering as much personal data from its users as possible.

My lack of decorum hardly rates against the company's own struggles to extract information from its users.

Facebook has stumbled from gaffe to gaffe on the privacy front, most recently telling its Instagram app users that it had the right to sell their photos to advertisers without paying them anything in return. It was forced to backtrack within 24 hours amid cries of outrage from users, who were already touchy about the way a recently updated feature initially shared private information with the wider world by default.

He's sensitive to the concerns, and is quick to play up the company's recent promise to make things easier for its users to understand when it comes to controlling their personal information. Settings that were once hidden are now easy to find, he says, and the company will host Web chats with its chief privacy officer.

Which is a fancy way to say transparency is critical if the site's users are going to be of any use to the companies that are considering spending millions of dollars a year trying to get them to "like" things and follow through with real-world purchases.

"The most important part is getting a critical mass of fans to proactively put up their hands to say what they have to say," he says. "Once that value happens, you not only have me but you are able to use me to influence my friends. You can do whatever you want – let them know things about your products, provide offers, host events."

He's a true believer – being friends with Mr. Banks on Facebook means being exposed to more than 300 things that he "likes." And his eclectic range of tastes extends far beyond Kiss – he's also a fan of Tic Tacs, Harvey's, DailyPuppy.com, Family Guy and Atlas Shrugged.

"There aren't many decisions that I'm making in my life where I'm not asking my friends their opinion," he says. "If there is a 'secret sauce' to all of this, it is social influence – the ability to use fans to influence their friends."

And with that, our lunch comes to an end, hours after it began. He excitedly talks about plans to see some high school friends later that week; they try to get together a few times a year to catch up. He didn't elaborate on their plans, and I couldn't find any mention of it on his Facebook page.

The dearest friends of all, it seems, are still worth keeping to yourself. 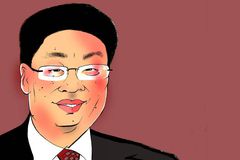 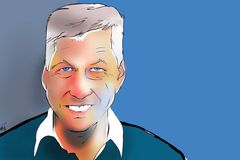 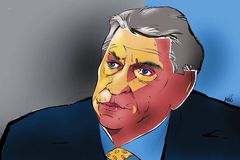 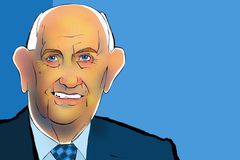 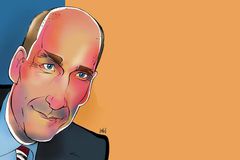 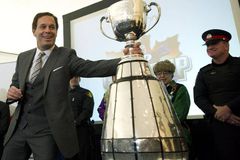 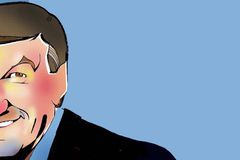