Mr Santorum's surge in the Republican primaries has brought the issue of his (and his opponents') "authenticity" to the fore. Some supporters have pointed out that even if they don't agree with all his policies, the fact he is "more authentic" has won their vote.

But authenticity - as corporate and political leaders now apply it - is an act. Not recognising it as such could be dangerous.

The extent to which leaders should show their true colours has been a staple of management thinking since Plato praised the truthfulness of philosopher-kings, and Greek actors donned masks to hide, or display, their feelings. But the authenticity strain became an epidemic after the US corporate scandals of the early 2000s dealt a blow to public trust in business and spread further following the financial crisis. It is now propagated through social media, whose gurus regularly remind chief executive officers to use their "authentic voice" online.

The ubiquity of the term and the vast coaching industry that has fed on its popularity give the game away. Outside those coaching sessions, few people use "authentic" as a term of personal praise (thank goodness). The fact companies are prepared to pay consultants to teach authenticity to their executives shows it is as superficial as the modern repairwork and veneer that makes an antique piece of furniture less valuable even as it starts to look more genuine.

There is a reason why people still talk about "suiting up" for business challenges: They recognise they must adapt their persona to different situations. When the suit and situation are out of sync, the outcome can be catastrophic.

Tony Hayward's self-deprecating, down-to-earth engineer's competence was one reason he was selected to run BP after the regal Lord Browne stepped down. This image is, as far as I can know, the "authentic" Tony Hayward. Yet when the Deepwater Horizon disaster hit, his style was judged completely unfit for the storm that broke over the company.

Rupert Murdoch attracted criticism last year for his inconsistent reactions to the phone-hacking scandal in Britain. Within the space of a few days he appeared out of touch and (in his own words) "humble" in front of a British parliamentary committee, but razor-sharp and in control before News Corp. shareholders. Critics, meanwhile, have praised his tweets as the expression of his genuine, no-holds-barred opinions on business and politics. Who is to say these are not all faces of the "real" Rupert Murdoch, carefully selected for each occasion?

Rob Goffee and Gareth Jones were guilty of fuelling the authenticity fad with their 2006 business bestseller Why Should Anyone Be Led By You? But the book gives a more nuanced view of this leadership trend than many inferred from the title or its message to "Be yourself". They point out precisely that good leaders need a chameleon's ability to adapt themselves to different situations, and to conform to the culture of their organisation. As they have been wearily explaining for the past six years, their maxim is actually "Be yourself - more - with skill". The awkward qualifier marks the essential difference between a CEO blurting out her fears about a deal on the eve of its announcement, and suppressing them in order to encourage her followers to pull together. "Leadership is a role," Prof Goffee told me. "We do applaud people who are able to pull off these skilful performances."

I wouldn't endorse dishonesty in any leader, and I agree that a mismatch between a corporate or political leader's words and deeds can be fatal. That is one reason why political campaigns, as Mr Santorum is finding out, often involve arid debates about real or perceived inconsistencies between candidates' past practice and current preaching.

But the gulf between the apostles of authenticity and the past masters of political intrigue is not as great as the first group claims. As Niccolo Machiavelli wrote: "It is unnecessary for a prince to have all the good qualities I have enumerated, but it is very necessary to appear to have them." Now, where's my mask?

The seven habits of spectacularly unsuccessful executives
January 5, 2012
How to promote yourself and be promoted
September 1, 2011 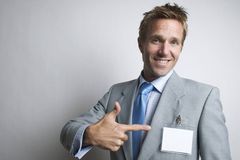 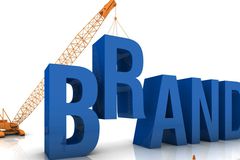 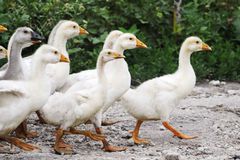 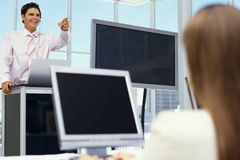