Ian Telfer was a screw-up.

The Canadian mining industry luminary didn't exactly excel during his undergraduate days in university. He was too busy having fun.

So at 25, after doing some travelling and bouncing around at entry-level jobs for a few years, he was exceedingly grateful to have been accepted (at the absolute last moment with two days until classes) to the University of Ottawa's MBA program.

So appreciative was Mr. Telfer, in fact, that he has since created a scholarship awarded annually to the program entrant with the lowest university marks.

Despite a playful and self-deprecating sense of humour, the unusual academic endowment isn't just a lark. It tells you all you need to know about the 65-year-old's sense of self and his perceived place among Canada's corporate elite.

It has taken a while, but since receiving his MBA from the business school (which now bears his name), Mr. Telfer has done rather well for himself. In the last decade, he's become fabulously wealthy, having had a hand in creating a series of mining companies now valued at more than $50-billion. The most significant among them is Goldcorp Inc. , the world's second largest gold producer by market capitalization, where he remains chairman.

Yet Ian Telfer doesn't count himself among the business elite. As far as he is concerned, he is still that screw-up with the crummy marks, who was given a break and has made the most of it. Over the years, he's gone head-to-head with the Bay St. and Wall St. bluebloods and has finally earned a seat at the table.

"I've met all the guys who went to Harvard now. I've negotiated against Goldman Sachs. I've worked with the guys who got into Western," he says.

Considering his deal record, there is little doubt that he is a formidable negotiator, but Mr. Telfer's personality differs from most of the hard-driving types who excel in the mining sector. He is much more easy going and quick with a laugh. Armed with a formidable intellect, a natural curiosity makes him keen to listen and learn.

"I think my whole experience has made me very conscious of trying to be open-minded. I don't go into any business situation with the assumption that I've got the answer and the other person doesn't," he says.

Gifted with these traits, he has worked alongside some of the biggest names in the mining business during a 34-year career. In the 80s he moved to Brazil and learned Portuguese while in the executive suite with multi-billionaire Eike Batista at one-time high flyer and eventual flameout TVX Gold. Next, he hooked up on a Venezuelan gold play with the man widely viewed as the consummate mining promoter, Robert Friedland. That company, called Vengold, did not end well. In 1999, with the price of bullion mired below $300 (U.S.) an ounce, Mr. Telfer relaunched the company as an Internet play called itemus Inc.

Mr. Telfer doesn't fall in love with the rocks. After all, he's a trained accountant, not a geologist. It's about making money for shareholders (and himself). So when tech stocks were commanding insane valuations Mr. Telfer turned Vengold into a so-called "Internet incubator," providing backing for startups.

It worked. For a while. After a pop in the stock from pennies to about $5 a share, a severe lack of revenue became a severe problem. Soon, itemus went bankrupt.

Then came the lunch that would change his life. Ten years ago to the week that we are breaking bread, he met mining financier Frank Giustra for a midday meal at a now defunct Vancouver restaurant called Cafe de Medici. There, they hatched a plan to create a new gold miner that was to be called Wheaton River Minerals Inc.

The company bought a ragtag collection of unloved mines using unconventional financing and rolled them together to create a mid-sized producer, seemingly overnight.

The rest is the stuff of junior mining legend as Wheaton rode rebounding gold prices and a series of gutsy acquisitions to merge with Goldcorp, a company founded by another vaunted resource entrepreneur, Rob McEwen.

Despite the business companions he's kept, Mr. Telfer doesn't see himself as a farsighted prophet like his former partners.

"I'm more of an opportunist than a visionary," he explains.

And while he still may see himself as an interloper in the global business theatre, he is certainly an alpha among the big dogs of the Vancouver corporate pack.

We are lunching at Il Giardino. Of course we are. The ridiculously overpriced Italian eatery has (too) long been the default spot for power noshing on the left coast.

Western business types have always seen themselves as separate and distinct from their Eastern brethren. They take bigger risks and have more spectacular failures. This, somewhat outdated take on Tuscan cuisine, is where they eat. Its tables have propped up the paperwork for the shakiest of junior mining plays. The tome of a wine list has fuelled the most creative of mining mergers, financings and compensation schemes. In Vancouver, Il Giardino is as establishment as it gets.

It is the same restaurant where former Shaw Communications chief executive officer Jim Shaw allegedly brought a premature end to his executive tenure at the family business with some boozy invective hurled at some of his larger shareholders.

About five metres away from our table sits Peter Brown, the founder and chairman of Canaccord Financial, holding court over a group of brokers and investment bankers. Known for his own legendary appetite for fun as much as for his deal-making prowess, Mr. Brown owns half the restaurant in a partnership with chef Umberto Menghi.

Mr. Telfer is a friend to most of the suits (sans tie, as per the Vancouver dress code) in the restaurant today, including Mr. Brown, who has banked many of his deals. They pop by the table to pay their respects or offer a wink and familiar nod as he digs in to his appetizer, a caprese salad of tomatoes, basil and buffalo mozzarella ($19.95).

With the help of these and other Vancouver comrades, Mr. Telfer has helped create a gaggle of mining firms during the last 10 years. Some, like Wheaton River and the silver stream spinoff Silver Wheaton Corp. , have been home runs and made Mr. Telfer and shareholders scads of money. Others, including the unimaginatively named Gold Wheaton have been duds.

"At least we got the shareholders out alive," he says. The jury is still out on many more, including Uranium One Inc. , which has failed to live up to its initial hype and where Mr. Telfer is also chairman. There was also Peak Gold (another team effort with Mr. Giustra) which, as an underperformer, was pushed into a merger to create what is now called New Gold Inc.

Not every mining deal can be the next Wheaton River, Mr. Telfer concedes. But with each venture he's created jobs. Blue-collar ones for miners and white-collar ones for executives. Of this, he is proud.

Whether it be in Guatemala, Africa or Vancouver, "the best thing you can give someone is a job," he says.

And for a city's economy, what is the value of a head office?, he asks rhetorically, listing off the services that each one consumes and the positive economic effect on Vancouver.

He clearly has a deep affinity for the rainy city. Like his wealth, he found it rather late in life, moving here in 1993.

But it is the place where he has truly excelled. And if there is one thing that Ian Telfer can appreciate, it's a place that gives a guy a second chance.

- Born: Oxford, England. Father was an RAF pilot (later an accountant) and mother was a schoolteacher from Moose Jaw

- Moved to Canada when he was two. Family lived in Moose Jaw for five years before settling in the Downsview area of Toronto where he grew up.

- Number of countries where he's had his passport stamped: 80

- "I've talked to the ground and there is no swell." 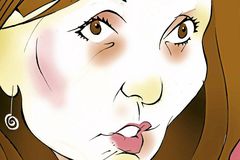