In 1983, marketing expert Scott Cook realized that personal computers, relatively new on the scene, could be a great tool to help people manage their home finances. He founded Intuit, which is now one of the world's legendary software firms. Its flagship products, QuickBooks, TurboTax and Quicken, are hugely popular with individuals and small businesses in North America and around the globe. Mr. Cook is seen as a visionary when it comes to product development and brand management. He was in Toronto recently to speak to MBA students at the Rotman School of Management about the importance of trying out new ideas through testing and experimentation.

How can companies maintain an innovative culture as they grow bigger?

The problem is bosses, and how decisions are made. If you give the boss all the decision-making power, they see the world through their eyes. The big innovations are generally such a shift that they won't see it. For a long time it looked like it was just inevitable that you would get slow and bureaucratic [as you grew]. Good ideas from new people seemed destined to die. That is what attracted me so much to building a culture around experimentation, which seems to be the steroids to make innovation happen.

Is it necessary to have independent teams do the experimentation?A lot of companies have teams,but they are not really independent. They still have to get stuff approved by the boss. You have to change how and where decisions are made. If the hierarchy makes the decision, it will be based on politics. Instead, we want decisions to be made by the people with the most creative ideas, closest to the customers.

Doesn't a boss eventually have to sign off on decisions?It becomes much easier if you've got experiments that have worked. Even with small experiments, you'll get real solid results in a few weeks for almost no money.

What's the key role for business leaders then?What I teach our people is that, as a leader, you have four key roles apart from people management. First, is to champion the grand vision. Two, install systems and a culture to run experiments. The third thing is to savour surprises. The fourth thing is that even a leader's ideas need to be subjected to tests.

What is your philosophy about talking to customers and understanding their needs?The key is to go and observe the real data. If [it is hard to get] rich data, like you do in a Web business, then observe customers in their home or office. And bring the engineers, bring the product team, so you learn together by observing. And then ask people about what you observed.

You said executives should 'savour surprises.' How do they do that?The typical thing with anomalies is that they get dismissed. That has happened to me. One of our largest businesses came from a surprise.

Our first product was Quicken, which is personal financial management on a PC. It had a tough start, and we ran some tracking surveys to understand who was using it. Half the users claimed to use it in some sort of office environment. We ignored that. I thought it was meaningless. Finally, it bugged me. So we started calling some customers. What we learned was that a whole bunch of them were using it to do business bookkeeping, even though it was designed for the home, because they could understand it. They didn't want accounting software, [so] they were buying our home product.

[We thought], what if we actually built a product for this audience? We did, and we called it QuickBooks. The experts all thought it was nuts. It had very few features, but it could be used by any civilian. In one month, it became the market leader, and it is now our largest complex of businesses. It came from a total surprise that we ignored for years.

How has social media changed business?Social media is an amazing force. It has so many implications. One thing we do now is to use a social system to answer customer questions. It used to be that we believed only we could answer them. Then two guys in our San Diego office said, you know, there are a lot of questions we don't answer very well. Why don't we have the customers answer other people's questions? Our tax experts said that's crazy. Undaunted, this little team built a system called Live Community. So with our tax products, anyone can ask a question and other taxpayers, amazingly, will sit there trying to figure out the answer. It is this exercise in volunteerism – like Wikipedia, like TripAdvisor – that is an amazing force.

Is social media also helping with marketing?It is, for products sold by word of mouth. Social media just puts a megaphone on it. Now, for any good reason or for any misstep, every customer has a megaphone and can broadcast to the whole country or the whole world.

Early in your career, you worked at Procter & Gamble. Did you learn lessons there that you still apply?I learned a ton there. In our initial years [at Intuit], we were basically copying the P&G approach, and applying it to a different market. It was this idea of understanding the customer. Software companies didn't do that. When we started, most software was sold to corporations, and engineers just built what they thought was right. So we did the first usability testing that anyone had done. We wouldn't launch a product that hadn't been tested with real consumers first. Nobody else did that.

[We also borrowed the] idea of focusing on [a product's] benefit. [At P&G] we wouldn't even begin a project without having a clear view of what was the key benefit. Like dryness in a diaper or younger-looking skin or stain removal in a laundry detergent. What is the benefit that is going to excite that customer?

Any advice for Canada's leader in tech and innovation, Research In Motion?I'd be careful not to ape your rivals. Microsoft competed against us for 19 years by copying, and we could always outrun them. Instead, plot your own course, generally off your strengths. And where is RIM strongest? They are strongest with people who really want a keyboard. And they are strong in a lot of corporate use. So they have got some real centres of strength. [The key is finding] the next big unsolved problem they can solve, and using those strengths.

You have said executives need to be humble. Why is that?

People want a confident leader. They want a leader who can help everyone focus. At the same time, you need this humility to learn what the direction should be. A lot of leaders get in trouble when they lose the humility. And as they get promoted, it is kind of easy because people will tell you the good stuff, but they are not going to tell you the bad stuff about you.

Founder and chairman of the executive committee, Intuit Inc.

BA in economics and mathematics from the University of Southern California; MBA from Harvard.

Founded Intuit in 1983, and was president and chief executive officer until 1994.

Served as Intuit chairman from 1993 to 1998, then became chairman of the board's executive committee. 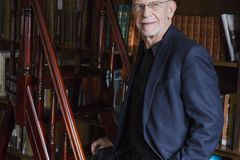 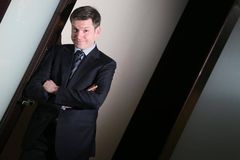 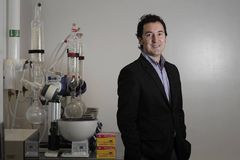 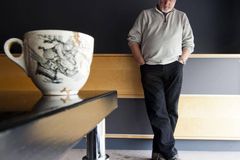 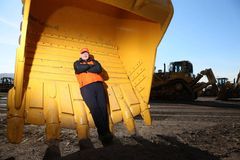 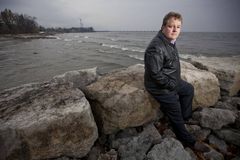 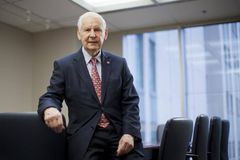 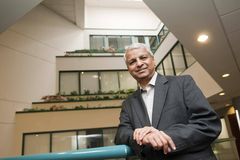