Merge Gupta-Sunderji is a Calgary-based speaker, author and consultant.

It's been over a week since the cybersphere exploded with video images of a bloodied 69-year old doctor being dragged off a United Airlines aircraft. In the 48 hours that followed, United's CEO Oscar Munoz made misstep after misstep as he tried to get ahead of the public relations nightmare that started as a ripple but quickly turned into a tsunami.

This unfortunate incident is destined to become a textbook case of how a leader should not act in a state of crisis (particularly in the age of the Internet), but to be fair, it's a lot easier to see what went wrong, and exactly where, in hindsight.

In the interest of not finding yourself in a similar scenario, what are the lessons that a leader can learn and internalize? Here are five:

Move quickly to get in front of the situation

Respond rapidly in two crucial aspects. First, react with compassion. Don't use weasel words to minimize the situation; call it what it is. That was Munoz's biggest mistake with his first response – he used words like "upsetting," "re-accommodate" and "inconvenienced." This is not the time to be evasive or to talk tough. It wasn't until his third attempt that Munoz finally called the situation "horrific," expressed his "anger and disappointment" and "deeply apologized." By then it was too little, too late. Second, limit detail in the initial stages. Realistically, you don't have all the facts yet, so this is the right thing to do. Focus on being transparent, but without judgment. At this moment, it's far too early to be analyzing the situation and assigning blame. You need to investigate further and to be thorough, which will take at least a few days.

If you were not present to observe the situation yourself, you cannot make assumptions about actual events or the conduct of your customers or your employees. Gather more information to obtain a balanced view before you come to any conclusions. And that means seeking out first-hand accounts from more than just those who have a vested interest in offering you a one-sided version of events. Your ultimate objective should be to obtain an unbiased and factual narrative with an intention to release a fair perspective of the results of your investigation.

Do not underestimate the power of social media

We live in the age of the Internet, a time when information can be transmitted faster than the blink of an eye. Social media is a fundamental shift in the way people communicate with one another, and it has enormous implications not just in how leaders should convey and impart information, but also in how leaders should recruit, motivate and lead people. Social media is changing how clients and customers select and buy your services and products, so do not undervalue its implications. At the risk of stating the obvious: embrace social media, don't fight it. Only time will tell the ultimate financial impact to United of this social media debacle, but in the short term, it has certainly affected their revenues and their stock price.

Internal communication is not private

There is no such thing as private communication. As a leader, you should assume that any and all "internal" documents can and will be made public, so craft them accordingly. In the United Airlines case, Munoz may have been well-intentioned – perhaps he was trying to be supportive to his employees – but when his "internal memo" became public, the firestorm only worsened.

Empower your employees to use good judgment

Deliberately and thoughtfully create an organizational culture where employees are empowered to made decisions and take action that will ultimately protect your brand. To your customers, your employees are the face of your business, and if you can't trust your employees to exercise sound judgment to act in the best interests of the company and your brand, then you shouldn't put them in customer-facing roles. Period. You hired them because you thought they had good judgment, now let them use it! Certainly, you need to establish parameters, but then give your people the latitude to be flexible within those guidelines. There is no way that you, or any leader in your organization, can anticipate every eventuality or identify all the situations in which rapid decisions or quick responses are critical. Organizational culture comes from the top. So it's up to you, the leader, to create an environment in which your employees know that as long as they do the right thing to build or maintain your reputation, they will be supported.

Executives and human-resources experts share their views in the ongoing Leadership Lab series.

Why taking time to think can be critical for your business
April 12, 2017
How little customer service gestures can make a big difference
March 15, 2017

Canadian executives need to get aboard the digital train
February 26, 2017 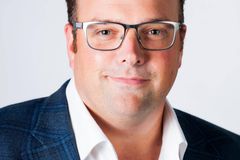