Lukas Lundin has a problem with names. Some he forgets, others he simply doesn't like.

Take Symterra, for instance, the name of the new senior base metals company he intends to create by merging his Lundin Mining Corp. with Inmet Mining Corp.

"That's a nightmare," Mr. Lundin says of the new title. "It's unbelievable."

For starters, Symterra is hard to pronounce, says the 52-year-old Swedish-born mining mogul, who oversees a number of resource companies with a wide range of names, including some based on his surname.

Symterra, which he says some "fancy" consultant came up with after combining the terms "symmetry" for alignment and "terra" for the earth, was definitely not his choice. He had some suggestions, including combining the names to make "Lunmet," but was told that sounded too much like "loonie."

"Finally, I threw my hands up in the air," he says, repeating the gesture over lunch, which is a plate of Arctic char with fresh vegetables and a glass of red wine at Il Giardino, a cozy Italian restaurant in downtown Vancouver. "I guess we'll get used to it … A name is just a name."

Mr. Lundin is a regular at this lunch spot, which is evident in the hearty handshake he receives from the restaurateur as he makes the customer rounds on a recent rainy Friday afternoon. The well-known executive introduces his note-taking lunch partner, but it's not until after the host has left the table that Mr. Lundin remembers his name. "Umberto!" he blurts out. That's Umberto Menghi, the Canadian celebrity chef.

Mr. Lundin can be forgiven for being a little fuzzy on names right now. Top of mind for him is getting shareholders to approve his proposed Lundin-Inmet merger at votes scheduled for next month. While the mining marriage is being cheered as a "merger of equals," there is always a threat that a rival offer could come along and break up the deal. Mr. Lundin has been across the country recently talking up the merits of the deal, which he says will create a much-needed Canadian base metals giant.

It's probably why the normally reclusive mining executive has agreed to have lunch today. He has something to sell.

The stakes are high, considering the last merger Lundin tried, with HudBay Minerals in 2008, fell through. Back then, Lundin was strapped for cash and HudBay shareholders revolted against the structure of the deal, which would have diluted their stock. The agreement was eventually cancelled.

This deal is much different, says Mr. Lundin, and his company is in much better financial shape, thanks in large part to the commodities comeback.

The way he sees it, everything worked out as it should. "This deal I've done comes from a position of strength," he says.

His goal now, as non-executive chairman of the new copper-focused company, is to help it grow from a market capitalization of $15-billion from about $9-billion "in a short time." Once that happens, he envisions the day when Symterra is bought, or merges with another big player. (BMO Nesbitt Burns analysts speculated this week that Freeport-McMoRan Copper & Gold Inc., the world's largest publicly traded copper company, could be interested in buying Symterra postmerger.)

For Mr. Lundin, it's all part of the build, buy and sell cycle that motivates him. "I love the deal and I love the business. It's fun," says the self-described "deal junkie."

The Inmet-Lundin merger is the second sizable deal Mr. Lundin has been behind in the past six months. Last August another one of his companies, Red Back Mining Inc., was sold to Kinross Gold Corp. for $7.1-billion (U.S.) That acquisition was cooked up between Mr. Lundin and Kinross chief executive officer Tye Burt on a ski trip in British Columbia. While investment bankers have been credited for making the deal happen, Mr. Lundin doesn't hand over the praise so easily. "They get all the fees … I don't know what they do," he says, laughing.

Mr. Lundin's deal-hunting nature comes from his late father, Adolf, founder of resource conglomerate The Lundin Group of Companies. Today, Mr. Lundin, the oldest of four children, runs the mining side of the empire from Vancouver, while his younger brother Ian operates the energy side from Geneva, where their mother and two younger sisters also live.

The family owns other small businesses on the side, including an auction house in Sweden and a hotel near Geneva. Not everything they touch has been a success, though. Mr. Lundin points to a Swiss-based airline the family bought about a decade ago that went bankrupt after its first flight to New York. Since then, he has decided to stick to the resource business. "I am not smart enough to know anything else," he says with a laugh.

Many believe the family's achievements come from having the guts to go into isolated areas of the globe where others fear to tread. Some of that fearlessness comes from the fact the family has lived in so many foreign countries. Mr. Lundin was born in Stockholm in July 1958, but three weeks later his family moved to Colombia. He also lived in Portugal, Switzerland, the United States, Egypt and Dubai before settling in Vancouver 22 years ago.

Asked if there is a country where he wouldn't set up shop, Mr. Lundin is quick to name just one: China, the world's largest consumer of the resources his companies produce. "China is for the Chinese," he says, meaning that the country's isn't very open to foreign investors. That said, he is of course always open to selling them product. He also referred to Russia as "hard work," as a place to do business.

While there may be some limits to where Mr. Lundin will go, his reputation remains strong as a risk taker, both in and out of the boardroom. Off hours, he participates in extreme skiing and has driven his motorcycle in the famous Dakar off-road race. Later this month, Mr. Lundin plans to take a motorcycle trip across Cuba with fellow Vancouver-based mining executive Ross Beaty. This past Christmas, the divorced father hiked Mount Kilimanjaro, for the fourth time, with his four sons aged 17 to 25.

While he certainly has the money to retire at any time, Mr. Lundin doesn't see that happening soon, maybe ever. "I really enjoy my life. I do what I want. I am a very lucky man." Besides, he says, if he retired, "what would I do with myself?"

As well as his time, Mr. Lundin is also generous with his money. He has donated millions to organizations such as the University of British Columbia and the B.C. Museum of Mining. Much of his philanthropic work (which he has hired someone to oversee) is through Lundin for Africa, which provides non-repayable grants and venture capital investments in parts of west and central Africa to help the poor set up and sustain farms and other small businesses. Still, Mr. Lundin acknowledges he isn't as driven by giving money as he is by making it.

"It's very hard to give money," he says. The problem, he believes, is that people don't want just a handout. "You have to empower them somehow … They have to feel entitled because they have to help themselves."

Where Mr. Lundin feels he really gives back, though, is through discovering and building mines, which spurs economic development.

While he doesn't mention it, Mr. Lundin also benefits if the mine is a success, as does his shareholders. That gives the deal-hungry miner the fix he needs to find another project, and do it all over again.

- Eldest son of Adolf Lundin, founder of the Lundin Group of Companies, and Eva Wehtje

- Has a brother, Ian and two sisters, Mona and Nicola

- Lives in Vancouver. He is divorced and has four sons aged 17 to 25

- From 1990 to June, 1995, was president of International Musto Exploration Ltd., overseeing acquisition of Bajo de la Alumbrera deposit in Argentina, which he then sold for $500-million and is now one of the largest gold/copper producers in the world.

- Also responsible for Argentina Gold and the discovery of the multimillion-ounce Veladero gold deposit, now owned by Barrick Gold Corp.

- Sits on board of a number of companies under the Lundin Group umbrella, as well as on the board of Kinross Gold Corp. after its acquisition of Red Back Mining in September, 2010, where he was chairman

- has donated millions to groups including UBC and B.C. Museum of Mining, and founded Lundin for Africa to provide non-repayable grants and venture capital investments in parts of west and central Africa to help the poor set up and sustain farms and other small businesses

West Fraser's Hank Ketcham sees the forest and the trees
April 29, 2018
RioCan's Edward Sonshine: He turned the mall inside out
April 30, 2018 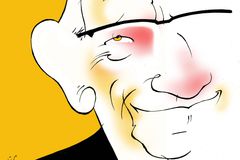 Wikipedia's Jimmy Wales: The man with all the answers
April 30, 2018 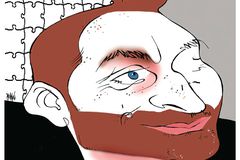