Anne-Marie Slaughter, the Princeton professor who famously wrote "women can't have it all," cringes when she hears the words.

Ms. Slaughter resigned from her dream job at the U.S. State Department to deal with her rebellious son and then wrote about the struggles of holding a powerful job and caring for her family in The Atlantic Magazine.

The 2012 article triggered a wave of criticism and reinvigorated the debate over gender disparity. Ms. Slaughter's long list of accomplishments, from dean and professor to top U.S. state department official, vanished and she became known as the woman who said "women can't have it all."

Speaking slowly and emphatically, she says her article was widely misunderstood. "I was saying this is incredibly hard to do the way society is currently structured and we shouldn't tell women that they can do it if they just want it enough."

When Ms. Slaughter served as policy director for Secretary of State Hillary Clinton from 2009 to 2011, she had a gruelling schedule that started at 4:20 a.m. on Monday and did not stop until late on Friday. She commuted between Washington D.C. and Princeton, N.J., where her two sons and husband live. The only places that were still open when she left work were 24-hour stores.

When she gave up her high-profile government job, she was painted as someone who failed to make it work, even though she was returning to her full-time position as foreign-affairs professor at Princeton. Her decision was met with scorn from some women, and she was also praised for saying it was okay to want to be at home.

Since then, Ms. Slaughter's thinking has evolved to include the other side – men. She now believes that "all the stuff that was traditionally women's work" is vital and needs to be valued in society. She concludes that the workplace has to become more flexible to allow people to care for their families and that there needs to be a "men's movement" to counter social norms that maintain that child-rearing is female work.

In wake of her article, Ms. Slaughter said she was inundated with comments from men who told her that they wanted to be involved with their families. She found that men were trapped in a gender role that dictated that their job was to earn a living.

"That is as confining a social role as the idea that a woman's job is to stay home and raise children," said Ms. Slaughter. "We don't even know how to talk about this. A 'Mr. Mom,' 'a househusband' – we have no words for saying, 'Wait a minute – a man wants to be as engaged in his family.' "

Ms. Slaughter's Atlantic article and the feedback she received became the foundation of her new book, Unfinished Business. The book suggests that equality cannot be achieved unless men and women are equally responsible for raising a family and bringing home income.

In Canada to promote her book, Ms. Slaughter arrived at the upscale Toronto hotel promptly at our scheduled time, amid a day packed with media appearances. Wearing a forest green suit, gold rings and earrings, she ordered a green tea and called it "very civilized" when a waitress returned with a pot of tea and a small dish of honey.

Since 2013, the 57-year-old mother of two teenaged boys has served as chief executive of New America, a think tank that describes itself as a tech lab, intellectual venture-capital fund and public forum. The position allows Ms. Slaughter to spend time with her children and husband, Andrew Moravcsik, who is also a Princeton professor.

Mr. Moravcsik was their family's primary caregiver throughout his wife's career, which included serving as dean of Princeton's Woodrow Wilson School of Public and International Affairs. He and Ms. Slaughter strongly believe one person has to slow down their career to properly care for their children.

Mr. Moravcsik wrote a piece in the Atlantic last month explaining his decision to put his career on hold. "I value professional success. But Anne-Marie is more competitive and driven than I am. Her achievements make me proud, and the balance we have struck leaves us happier as a couple," he said.

But the workplace also has to change, given that companies are losing part of their work force when parents take time off to raise kids, Ms. Slaughter says.

Among female part-time workers, a quarter are doing so to take care of children. That compares with 4 per cent of part-time male workers, according to Statistics Canada's latest data that looked at prime working age 25 to 54 years.

Although women have made progress over the past century, they are still grossly unrepresented in top positions and routinely earn less than men.

As of August, 18 women were serving as a head of government or head of state worldwide, according to the United Nations. In Canada, women hold 8.5 per cent of the top corporate jobs, according to executive recruitment firm Rosenzweig & Company. On average, women earned 72 cents for every dollar a man made, according to the latest data from Statistics Canada that looked at full-time workers.

When Ms. Slaughter was at the State Department, she said she constantly saw women being penalized for being aggressive.

"Anybody who gets things done, you are going to have to break some china. I saw that constantly in the State Department. 'She has sharp elbows' and that would block her promotion. Whereas the guy, if he did that, he is a doer, he is bold doer," she said.

Regardless, Ms. Slaughter said even as she advises young women to be assertive, she cautions against being too assertive.

"That is one reason you have to be careful with advice like 'negotiate hard,' because you can't be just like a man. You have to play the man's game but recognize that the standards are still different for women," she said.

Ms. Slaughter sees gender politics playing out in the U.S. presidential race, where her former boss Ms. Clinton is the frontrunner to become the Democratic Party's presidential candidate. Ms. Clinton has been referred to as a calculating woman, a jab Ms. Slaughter said is a "classic way you put down a woman in power."

"She is 'calculating'! Well, yeah, she is figuring out how to get ahead in the world. Oooh-kay, that is really a problem," Ms. Slaughter said.

The former professor adds she had never experienced sexism until she moved to Washington to serve as the State Department's director of policy planning, the first woman to hold the job. She characterized it as an old boys' club in national security and said it was the only time she "really felt shut out as a woman."

Ms. Slaughter's message counters one from Sheryl Sandberg, the chief operating officer of Facebook Inc., whose book Lean In concludes that women have been conditioned to take a back seat to the detriment of their careers. Ms. Sandberg's book triggered a "lean in" feminist movement with groups around the world.

While Ms. Slaughter agrees with Ms. Sandberg's advice for women to speak up, she disagrees with the idea that women can control the fate of their families and careers. Instead, she believes the workplace itself has to be overhauled. "It is not expensive to set up women's mentoring and confidence seminars. That is on the margins," she said. "I am saying, we really have to change the way women work and the way men work."

Education: B.A. from Princeton, M.Phil. and D.Phil. (also known as PhD) in international relations from Oxford, J.D. from Harvard.

Epitaph: Made a difference in the world

What excites her in the workplace: "Millennials and their attitudes about gender equality and the roles they expect to play as parents. Many men want a different role than their fathers."

What discourages her about the workplace: "We are still largely run by senior men who never gave care themselves because they had wives at home. The women who made it in that era made it without ever making room for care because they had to be the men, so the bosses are still the product of a different era and that means the policies are hard to change." 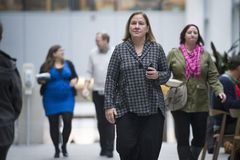 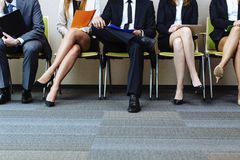 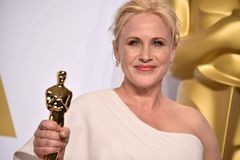