You were once the Liberal finance critic in the Alberta Legislature. Ever think of going back to politics?

No, I actually hope to eat out less and be able to manage my schedule. In the future, I will be teaching and doing research. I've been dean for 14 years and, in any organization, change is a good thing.

With the majority victory of the Alberta-led federal Conservatives, is this the end of Western alienation?

My sense is likely not, because the structure of the Canadian economy is quite regionally specialized. If you look at the broad stereotypes, we have financial services in Toronto, manufacturing in the East, while it's resource-based in the West. And inevitably you have changes in terms of trade - the price of energy rises, for example - which create internal forces that cause real disparities in growth paths. That provokes responses in regions and the federal government is always stuck in the middle.

But will this alienation soften now?

Given the structure of the country, there will inevitably be regional tensions over the whole economic cycle. But given the large interprovincial migration East to West, many Westerners are former Easterners. Alienation may still rear its head, but it is much less of a force. It is very hard to be alienated when the prime minister is from Calgary and there are a number of very strong ministers from the West.

Is there hope for economic diversification in resource-dominated Alberta?

It's difficult when you look at the booming Alberta economy - and the boom will hit full force in the second and third quarter of 2012, as much of the work from new oil sands investment starts to happen. You will see our Western cost structure rise relative to competitors. You will see the effects on import-competing industries, such as metal fabrication and manufacturing, where you can buy the product from a lower-cost external producer, whether in Toronto or San Francisco. It is the nature of the market and the nature of the current cycles.

So that's not good for diversification?

Capital investment is 37 per cent of our real GDP, and it is a booming sector. The demand for labour and building trades filters into our cost structure. During these booms our costs rise and we become somewhat less diversified and more focused on energy and construction; during a slump, we see a broadening of the base.

Even so, there is diversification. Look at Calgary, where you have a financial cluster that projects itself globally in energy; you have a wide range of tradable services - for example, environmental consulting and construction in cold climates. And by nature, the supply chain from the growth of the oil sands is causing diversification.

Does that mean we will see some softening of the violent cycles?

We used to talk about boom and bust but it is less volatile now, partly because of Canada-U.S. free trade, but also because of the increasing weight of the unconventional side of the energy economy. You don't just switch off a $3-billion oil sands plant, when oil prices are low. That supply chain is much less variable-based on price changes in conventional West Texas intermediate crude.

Will Alberta ever build a significant sovereign wealth fund from energy revenues, rather than constantly dipping into savings?

Commentator after commentator says: "This is part of your capital base, and treat it as such, rather than as a flow-through to pay for current expenditures. Save more and stop having our expenditure path be so revenue-driven." Given the volatility in Alberta politics, I think we will see candidates in the next election stake out positions where they actually say: "We're going to lock ourselves into a higher savings regime and have expenditures driven not by revenue but what we can afford in the longer term." We will in the next two years be moving strongly in that direction. When you are hit over the head with a two-by-four a number of times, the point has been made.

Will Alberta finally get a sales tax?

Sales tax gives you greater stability. You can deal with the distribution issues, as has been done with the GST, and it is less distorting. It has every virtue. But, you know, Saskatchewan doesn't like Daylight Saving Time and Alberta doesn't like sales tax. We will see a shift toward greater savings before a shift to sales tax. Or you might see something bundled between a sales tax and a reduction of personal income tax.

What party will lead Alberta in the future?

It will always be centre-centre right. It won't be in the extreme right or extreme left. And we've had changes within government - from premiers Don Getty to Ralph Klein to Ed Stelmach. They were quite different governments.

After being a 24/7 dean, will you find it hard to find things to do?

No, because I've been working on a couple of projects that will get more attention now. I'll probably do more public presentations and conferences and engage with student groups. I just intend to focus my energies a little more elsewhere.

Many schools sell their names to rich donors. How did you raise $21-million by pledging to keep the same old "Alberta School of Business"?

So how do you sell the status quo? The name Alberta conveys a sense of place and resonates with alumni. When Albertans think of that name, they think energy, entrepreneurship and risk-taking, and they wanted a name that reflects the attributes of our society and region. We also thought it was a way to better project ourselves globally because there is an Alberta brand related to energy and dynamism. Most importantly, it gave us the ability to connect in an emotional way with our alumni.

Could you have raised more if you had sold the name to one rich person?

Possibly, but we agreed this was the right thing to do. And I stayed 14 years primarily to ensure the end of that "Preservation of the Name" campaign. If we were not in campaign mode, I might have stepped down earlier.

Ten years is a good time and we have tremendous internal candidates. I wanted to leave before any of these candidates would despair. The next capital campaign is for a new building. That will be a three- to five-year exercise, and new donors will want to look the new dean in the eye.

* 1997: Appointed Stanley A. Milner Professor and dean of Alberta School of Business.

* 2011: Will step down as dean at end of June. Plans a year's sabbatical, while serving as chair of Edmonton's United Way campaign. 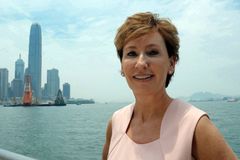 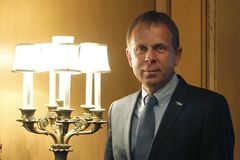