A couple of decades ago, if you were in your late forties and relatively satisfied with your professional accomplishments, you might have viewed the next few years of work as a transition to "freedom 55," a chance to coast toward retirement and enjoy the view.

But with mandatory retirement a thing of the past and a tough economic climate that has made fixed incomes less attractive, many older workers are facing another 10 to 15 years in their career. So how can they keep those years interesting and filled with the same kinds of challenges that motivated them to move up the ladder?

Career coaching can help, and it's not just for young workers any more.

Five years ago, Gail Hunter was working in the oil and gas industry. Today she's the human resource manager at a not-for profit organization in Calgary. "Never in a million years would I have thought that I would be doing what I'm doing now," she said.

In 2008, with many years logged as an HR professional and children who were grown up enough to allow her to refocus on her career, she consulted a coach to decide on her next move.

Her coach put her through a series of exercises every two weeks for three months, not only to assess her skills but also to clarify her values and goals.

While Ms. Hunter thought she was open to change, it was her coach who made her see the not-for-profit sector as a serious option. "When we looked at who I am and what I'm looking for, it aligns quite nicely, but I didn't realize it."

Matching work with core values is particularly important for mid-career employees. Eileen Dooley, Ms. Hunter's Calgary-based coach who works for career transition firm McRae Inc., said she typically asks workers what legacy they want to leave for their families, co-workers, and themselves.

"This is a time when you can be a little more selective in the work you do, so what is that thing you've had your eye on? Now is the time to make it happen," Ms. Dooley said.

Lisa Taylor, president of career management firm Challenge Factory in Toronto, said within two years of the company's founding in 2009, 80 per cent of its clients were over the age of 45.

While layoffs prompt some to seek out a coach, other workers are motivated by the impulse to take control. To get them started, Ms. Taylor asks clients to consider the criteria they need to meet in their next job move, including financial requirements, work-life balance, and commuting requirements.

She then has them consider what they're good at, their passion and, finally, what impact they want their work to have.

Ms. Dooley said that to figure out what's most important, you should identify your proudest moment of the past five years and see whether there are opportunities to repeat that sense of achievement. "If you were to leave now, what would you want to say you've accomplished? Have you accomplished it? Can you accomplish it at your current organization?

"The answer may require one more move to help you achieve it. But it's not complicated – the answer lies with you."

Coaches and people who have used them often describe the role as being a mirror or a sounding board.

"To work with a coach is to have an objective outside observer as your thinking partner, to reflect on what you want without judgment," said Jessica Manca, a Vancouver-based executive coach and author of the online career blog Managing Mindspaces.

"When you give yourself the time to breathe you can ask, 'What do I want to do next?'" she said. "The coach provides that safe harbour to explore anything, to create a step into the future."

Having an action plan is also important. "The biggest mistake I see is that people get so overwhelmed with the next steps," Ms. Manca said. "I make sure they're not taking on something that will fall apart because they don't have the resources or time to follow through."

Having someone you're accountable to is crucial, Ms. Hunter added. "It's the same thing having as personal trainer – you have that support along the way but it's also forcing you to walk the talk."

One of her biggest personal points of resistance was doing the networking and cold calling that helped her make the transition to the not-for-profit sector, and having a coach to check in with was key.

At Challenge Factory, Ms. Taylor sets up clients to "job shadow" experts so they can test their assumptions and reservations. "Adults learn best when they can use their intuition and past experience, so we arrange for a test drive."

Based on her client's top work-life criteria, Ms. Taylor suggests five positions that could meet it.

"They'd like to give it a shot, but they have hesitations, so go spend a day with an expert." 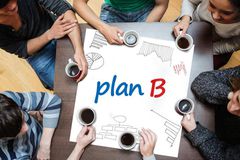 How can I move from contract jobs to permanent work?
August 1, 2013 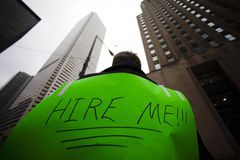 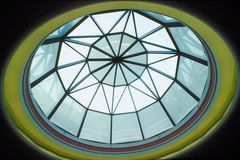 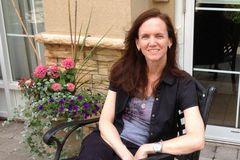 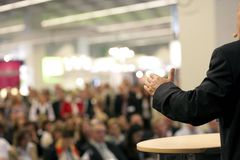