Meeting Porter Airlines CEO Robert Deluce for a lunch interview, I expected from him a heavy sigh for having to give, yet again, his spiel on the company's hope to win approval to fly jets into Billy Bishop Toronto City Airport (YTZ) just off the city's downtown core.

Leaning forward on a lounge chair at Bymark, a pricey restaurant in the heart of Bay Street, Mr. Deluce seems confident and relaxed. That's notable given that his company is at the centre of a very public spat drawing in lakefront Toronto residents, frequent fliers and city council members, including Mayor Rob Ford.

Porter competes with Air Canada on routes connecting Toronto with eastern North American destinations from Timmins, Ont., to Myrtle Beach, S.C. Mr. Deluce is pushing for an extension to each end of the YTZ runway to bring its passengers to destinations as far afield as Los Angeles and Vancouver.

That would give Porter the foothold it needs to transform itself from a regional player to one that can compete with Air Canada and Westjet Airlines Ltd.

On the day of our lunch, Mr. Deluce had already been up for hours. Oatmeal at 4:00 a.m. A 45-minute run at 4:15, followed by more exercises. The 63-year-old executive has followed a running regime since his twenties. By 8:30 a.m., he was at the airline's quarterly board meeting, all this the day after flying to Montreal's Mirabel for Bombardier's first test flight of the CS100 jet aircraft.

The first test flight was one of the biggest milestones yet toward Porter's plan to purchase up to 30 CS100s to fly into the downtown airport, the airline's hub.

If it weren't for the lunch interview (vegetable soup with a burrata and beet salad in an establishment that touts classic burgers and miso-roasted sea trout), Mr. Deluce said, he would normally rely on nutrition bars, an apple and grapes midday. He avoids coffee, bread, desserts.

He has lost 20 pounds over the past two months, but he attributes that more to the energy expended waging the hardest-fought public-relations battle of his career rather than light diet.

"We're not assuming anything, obviously," he said. Council approval is necessary for the Toronto Port Authority and the federal regulators to then consider changes in an agreement among all three parties (the Tripartite Agreement) about whether to eliminate the current ban on allowing jets to fly into the Billy Bishop Toronto City Airport.

"But if we get the required approval by the end of this year, then we'll be on track for an early 2016 commencement with what is very definitely a 'whisper jet,'" Mr. Deluce said, one of his dozen or so usages of the plane's marketing moniker.

The view among those at the recent test flight was that Bombardier's CS100 jet aircraft is remarkably quiet. But those opposing Porter's expansion plan have argued that regardless of its sound profile, the airline will be operating more planes, making more accumulative noise.

Mr. Deluce countered quickly that because the jets would be flying longer distances, they'll be in and out of the the downtown airport, taking up a large piece of an island next to downtown Toronto, much less than the company's current Q400 turboprop airplanes flying shorter routes in and out of Toronto all day long.

And so the debate goes.

"We need either an exemption for the CS100 from the Tripartite Agreement, or we need the jet ban to be lifted. Now we think the right way to go is with the exemption, but obviously others might think differently," he said. An exemption wouldn't favour Air Canada, which flies into the airport, too, but currently doesn't own CS100 jets.

Decibels aside, Mr. Deluce finds himself regularly defending the need to extend the runway by 168 metres on both ends to accomodate the new Bombardier plane. Earlier this month, the company also submitted an alternate proprosal to extend it by 200 m in both directions. Porter has said this would allow the jet aircraft to take off with less power and therefore less noise.

Here is where Mr. Deluce gets into the minutae. A 200-m extension on the west end of the runway would create a breakwater, helping to calm the waves on that portion of the inner harbour, he said. "It may well help boaters. Boaters may see some value in that, and if they do, then that one is worth looking at."

It's rare for an airline president to have to be so versed in local boating conditions, or so acquainted with a local community centre at the foot of Bathurst Street, because of its proximity to the airport. Also ironic is that Mr. Deluce is trying to transform the same airport where he learned to fly as a teenager in 1967, back when it hosted even more air traffic. Expanding the commercial potential for the Toronto Islands airport is an idea he has had throughout his adult life, he said.

When Porter announced the plan in April, many industry watchers called it a crapshoot. Mr. Deluce brushes that suggestion off with another of his broad smiles. The company's purchase of the Bombardier planes is contingent on winning regulatory approval, and that approval is partly contingent on the CS100s being as quiet as Bombardier promises.

"The fact of the matter is that they [Bombardier] have told us from day one what the sound levels would be, and they guaranteed maximum sound levels and those were within what was allowed under the Tripartite Agreement. We know that it is the quietest commercial jet in production. We also know that it will definitely be comparatively quiet to the existing Q400s. It may even be quieter," Mr. Deluce said.

The desire by opponents to downsize the airport or eliminate it completely isn't going to happen, he argued. "I don't think there's any turning back the clock or going that way," he said.

Mr. Deluce believes the company has the support of around 30 city councillors, including the mayor, out of the 45 who sit on city council. He also points to polls indicating public support for Porter's plan – polls that opponents have picked apart at length and argued against.

This week, an interim report from the city noted that city council may not have all the regulatory data from Transport Canada it needs for a city executive committe meeting and council meeting in December to properly assess the jet aircraft's noise performance. Porter has countered that it will get Bombardier to supply that data.

Mr. Deluce is casual about the hurdles. "The boxes are largely being ticked. I don't think there are any big red flags that are coming up that invalidate the proposal. I think quite the opposite. I think as studies are done by third parties, and as the city uses its consultants to peer-review work being done by others, they [councillors] seem to be gaining in terms of comfort."

After the meal, Mr. Deluce, hands in his suit pockets after his long sales pitch, casually waits for his bill by the cash register. From his body language, he looks far more relaxed about Porter's aggressive and controversial plan than most would imagine.

Plan B is simply to call the whole thing off. "The operation is profitable. We have 1,400 committed team members [i.e. employees], serving some 19 destinations. We can keep doing what we're doing." 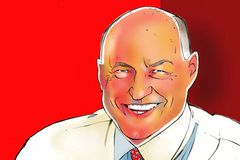 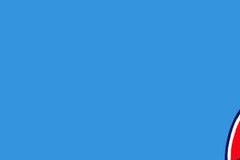 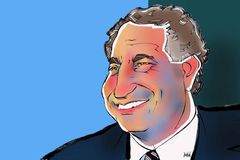 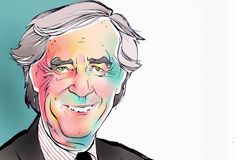